HomeEntertainment2020 Summer Olympic ratings are a bust for NBC but a boost...
Entertainment 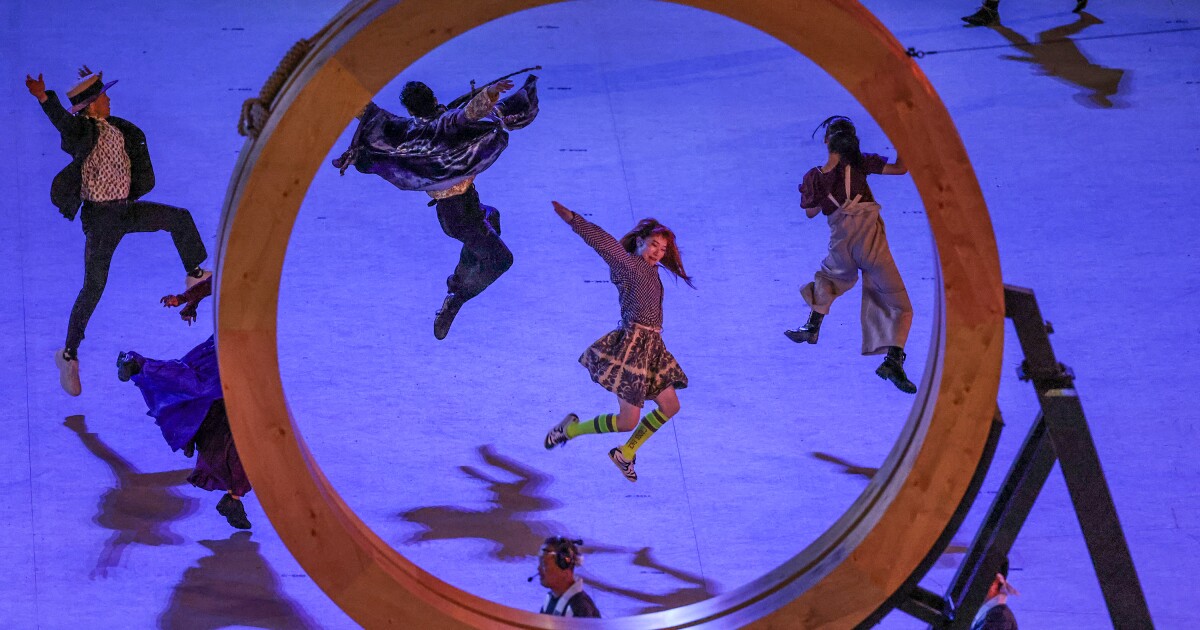 In another sign of the reshaped TV landscape, ratings for NBC’s telecasts of the 2020 Olympic Games in Tokyo are down significantly from 2016 but still among the most-watched TV events of the year.

The 2021 figures include the average number of people watching on streaming platforms, which hit a new record Monday for an Olympics with 746,000 viewers.

NBC Sports pointed out that with television viewers alone, the first three nights of Olympic competition rank in the top 15 most-watched prime-time programs of 2021, with Sunday’s coverage ranking eighth, according to Nielsen data.

But the overall decline from 2016 shows the Olympics facing the same downward pressure experienced by other major TV events that reliably attracted massive audiences for decades, as online streaming provides more choices and competition for viewers’ attention.

“The TV ratings are down more than anticipated,” said Lee Berke, president of LHB Sports, Media and Entertainment. “Between the lack of a live audience, the move to streaming and the ongoing dropouts of key competitors due to COVID, all of it seems to have a negative impact.”

The slow ratings start for the Olympics will have a financial impact on NBCUniversal — which has the rights to the Games through 2032 — if the situation doesn’t improve.

Advertisers who reportedly spent more than $1.2 billion for commercials during the Games are guaranteed a specific number of viewers for their buys. If the rating falls below the guarantee, which varies by advertiser, NBC has to supply commercials to make up the difference.

One advertising executive not authorized to speak publicly on the matter said NBC’s sales department was mindful of overall declining TV viewing when it was selling Olympic ad time this year. The network has put aside a significant amount of unsold commercial inventory in order to make up for any ratings shortfall, the executive said.

Mark Marshall, president of advertising and partnerships for NBCUniversal, said in a statement that the company is working with advertisers to make sure they get full value on their ad investments.

“Our teams are speaking to our partners every single day to ensure we help them achieve their goals throughout the Games,” Marshall said.

NBC is using the Olympics to drive viewers to its nascent streaming site, Peacock. NBC Sports said consumers have already streamed 1 billion minutes of Olympics programming across Peacock, the NBC Olympics app and the NBC Sports app, the fastest it has hit that milestone.

The 2020 Olympic Games are just the latest TV event to feel the pain of steep ratings drops over the past year.

Every major TV awards show hit record lows in 2021 including the Oscars, which drew just under 10 million viewers, a 58% decline from 2020.

The 2020 World Series had its smallest audience in history with 9.6 million viewers last fall.

Even the Super Bowl, which had largely been resistant to the overall erosion of traditional viewing, saw its TV audience hit a 14-year low in February while more people streamed the game online than ever before.

The coronavirus pandemic altered the dates and formats for the annual programs, which likely had an impact on viewing. The 2020 Olympic Games, delayed a full year, faces a similar challenge.

As Japan has seen a spike in coronavirus cases and has been slow to get its population vaccinated, no fans are allowed to attend the Olympics events, taking away a level of drama and emotion that fans have come to expect and putting the event in new territory as far as atmosphere.

The Games suffered another blow Tuesday as U.S. Olympic gymnast Simone Biles pulled out of team competition due to a mental health issue; her return for other events is in question.

“The potential loss of the leading American athlete for these Games won’t help reverse this ratings trend,” Berke said.