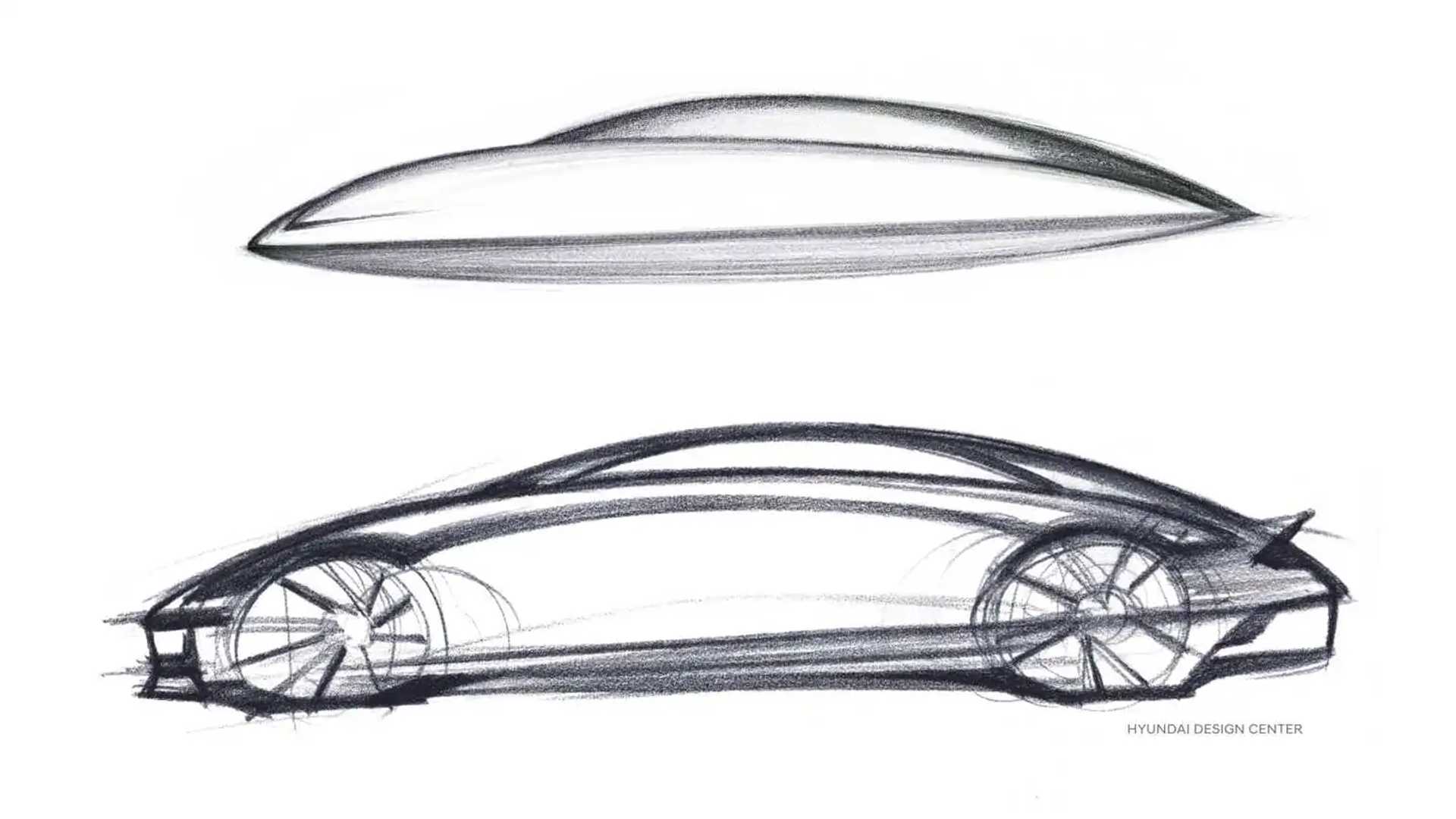 It was March 2020 when Hyundai signaled its intentions toward developing a Tesla Model 3 rival by introducing the Prophecy concept. The electric sedan looked more or less like a four-door Porsche 911 EV, but subsequent spy shots of prototypes revealed some major design changes. For the latest teaser image of the production car, the South Korean marque has gone back in time by showing the zero-emissions saloon in a too-good-to-be-true sketch.

The so-called “electrified streamliner” will be previewed in additional teasers in the coming days, with fully revealing images of the interior and exterior coming by the end of the month. That tells us technical specifications won’t be disclosed until July, possibly at the Busan Motor Show.

In the meantime, it’s worth mentioning the BMW i4 competitor is going to utilize the same E-GMP platform as the Ioniq 5 crossover and the larger Ioniq 7 three-row SUV coming by the end of 2023. If reports are to be believed, the car’s development was not without issues as the engineers made some substantial changes along the way. The production-ready Ioniq 6 will supposedly be two centimeters (0.8 inches) longer than initially planned and will have redesigned bumpers to improve aero.

In addition, the zero-emissions sedan is expected to use a slightly larger 77.4-kWh battery pack and a sleeker infotainment compared to the Ioniq 5 by slimming down the bezels. At launch, the range-topping version is likely going to have a pair of electric motors enabling all-wheel drive and a little over 300 horsepower. Hyundai is working on a hot Ioniq 5 crossover, but it’s too soon to say whether the Ioniq 6 will get the N treatment. For what it’s worth, the E-GMP platform is good for 576 hp in the Kia EV6 GT.

At the other end of the lineup, there should be a single-motor, rear-wheel-drive variant with less than 200 hp considering the base Ioniq 5 has to make do with 168 hp. With Hyundai making a big deal about the sedan’s swoopy shape, it likely means the Ioniq 5 will have a low drag coefficient to enable a better range. More than 300 miles between charges is highly plausible taking into account that the crossover can cover 303 miles per EPA.

As far as pricing is concerned, it shouldn’t be too different than the Ioniq 5’s, which can be had from $39,950, rising to $51,100 for the Limited model. We won’t be too surprised if the Ioniq 6 will be a tad more expensive considering it will be numerically positioned above the crossover.

Uzbek government backs down after plan for constitution sparks protests