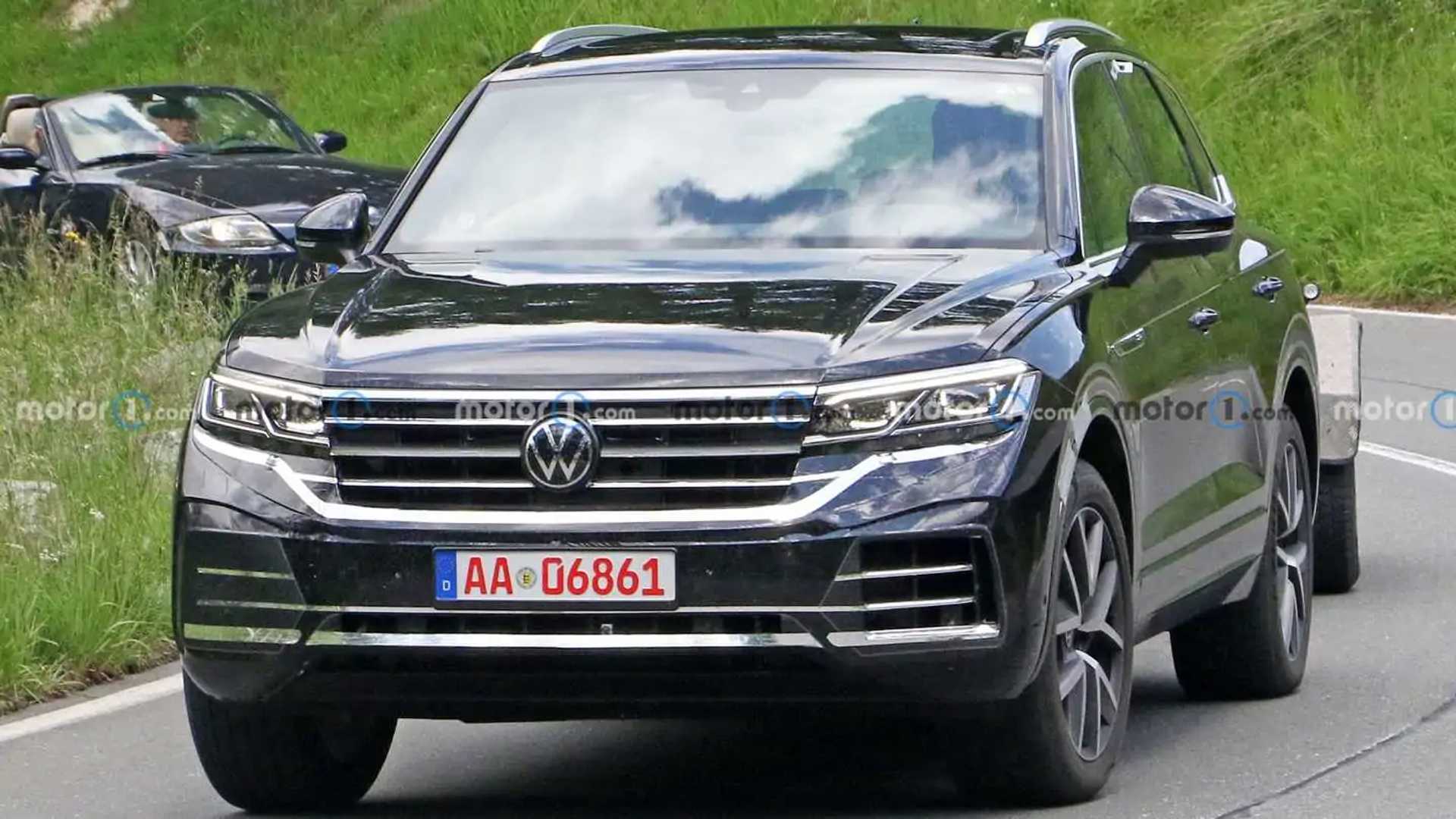 The Volkswagen Touareg left the North American market several years ago, but it endures in other parts of the world. The third-generation SUV debuted in 2018, and it seems a minor facelift is coming soon.

Merely glancing at these spy shots, you wouldn’t notice anything different. VW has become quite clever with its use of camouflage, using strategically placed stickers and wrap with current design features printed on the outside to hide changes beneath. We’ve seen this technique used on other VW prototypes, and to the automaker’s credit, it’s terrifically effective. Even with a close look at these images, it’s hard to see what changes are coming to the new model.

We can certainly make some inferences based on where we see stickers, however. In this instance, facelift is a very appropriate term as the changes are relegated to the Touareg’s grille, headlights, and lower fascia. The grille looks to be shrinking ever-so-slightly, with the lower corners no longer extending under the headlights. Speaking of lights, stickers hide changes to the lenses but the overall shape should be similar. Moving further down, the lower fascia appears to have larger corner vents with a slight arch at the top.

The rest of the exterior appears unchanged, though an updated set of taillights could be a possibility for the production model. We also expect to see minor changes for the interior, though our spy teams couldn’t get close enough to these prototypes for a clear look inside. With such minor visual changes, we’re also expecting powertrain options to carry over. That includes gasoline or diesel engines as well as a plug-in hybrid. It’s possible mild-hybrid tech could infuse the engines with a bit more efficiency.

This is our first sighting of the facelifted Touareg, but given the minor changes, we aren’t expecting a lengthy evaluation period. A debut could happen late this year or early next year, likely as a 2023 model.