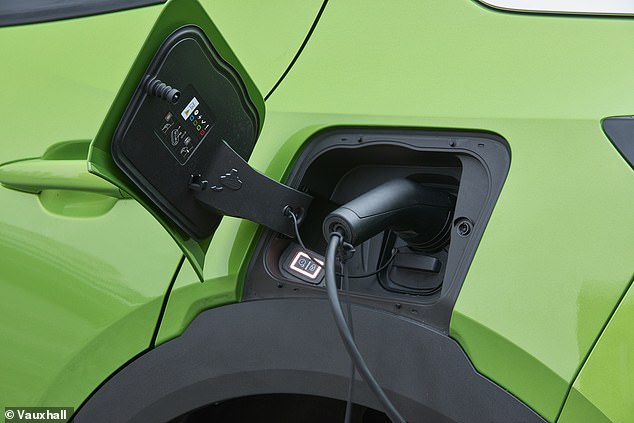 The controversial decision to scrap grants for new electric cars means many are now £1,500 more expensive than days ago – and on average 44 per cent pricier than a petrol equivalent.

Popular more electric vehicles (EVs) like the Fiat 500, Nissan Leaf, Vauxhall Corsa-e and Volkswagen ID.3 are now no longer eligible for the taxpayer-funded subsidy, which has been available since 2011 to boost the switch to greener motors.

The Plug-in Car Grant (PiCG) had been hacked back to £1,500 and was only available for cheaper new electric cars, costing less than £32,000, but nonetheless was axed with immediate effect last week.

The termination affected the price of 23 ‘affordable’ battery-powered vehicles that had qualified for the £1,500 saving up until Monday and means they are now – on average – over £9,200 more expensive than a petrol alternative, according to This is Money research.

EV premium: The Government’s decision to terminate electric car grants means the ‘most-affordable’ battery cars are now more than £9,200 pricier on average than a petrol equivalent

The Department for Transport’s immediate termination of purchase grants for electrics cars without warning sparked an angry response from the automotive industry on Tuesday.

It said it had closed the scheme to all new orders after it had ‘successfully kickstarted the UK’s electric car revolution and supported the sale of nearly half a million electric cars’ since it was introduced a decade ago.

It added that it would ‘refocus’ funding towards what it believes is the main barrier slowing the EV transition, the nation’s under-developed public charging infrastructure.

However, motor industry experts and firms questioned the timing of the cuts, with fuel prices at record levels, availability of new vehicles sparse in the wake of semiconductor shortages and the ban on new internal combustion-engine cars just eight years away.

The RAC says it was ‘disappointed’ with the decision and said it will ‘stifle’ ambitions to encourage more people to make the switch to electric cars today, with the average UK price of petrol rising to a staggering 186.59p per litre on Tuesday (192.48p for diesel).

Sue Robinson, chief executive for franchised dealers said the move will ‘without doubt, heavily disincentivise EV adoption’ and ‘sends the wrong message to consumers’, while Ginny Buckley – founder of electric car website Electrifying.com – said it will push the price of EVs further ‘out of reach for many hard-working families’ and could see a ‘two-tier nation when it comes to electric car ownership’.

How much more does an electric car cost?

Pulling the plug on the grant not only made the most-affordable electric models more expensive to buy, but also further increased the significant cost disparity between a battery-powered car and an equivalent version with a petrol engine.

In fact, it means drivers wanting to buy the most attainable EVs currently on the market can expect to pay a premium of around £10,000 compared to the cheapest petrol equivalent, according to our calculations.

Of the 23 cars that were eligible for the scheme, 15 have a comparable petrol (or petrol-hybrid) equivalent of the same model – or a similar-size car in the same manufacturer’s range.

Based on our figures, the average price of these 15 EVs is £30,100 while their cheapest petrol alternatives cost an average of £20,862 – a £9,238 difference and means buyers will have to fork out an extra 44 per cent to go electric.

For instance, the Vauxhall Corsa-e is one of Britain’s most popular new electric models in 2022 with a claimed range of 209 miles.

The termination of the PiCG means the cheapest version of Vauxhall’s electrified supermini is £28,555. 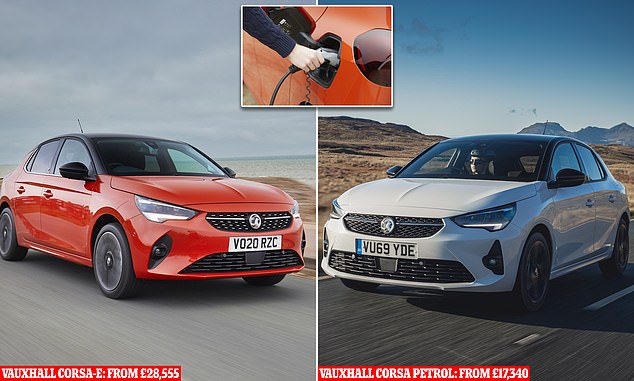 The Vauxhall Corsa-e (left) is one of the most popular electric cars in 2022. The ending of the PiCG means it costs from £28,555 – that’s over £11k more than the cheapest petrol Corsa (right) 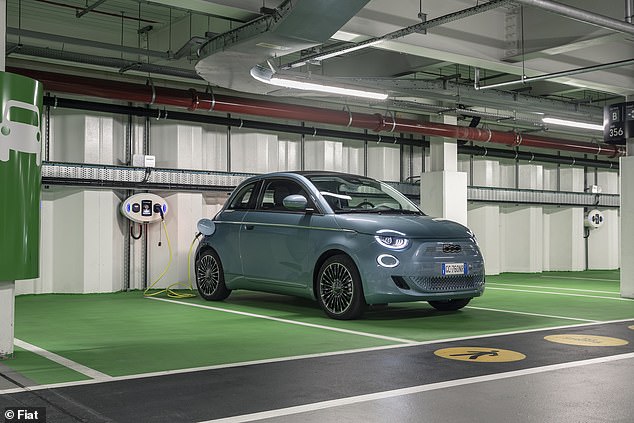 The cheapest Fiat 500 electric starts from £23,835 now that the Government grant has ended, while the lowest-priced petrol version costs just £14,235 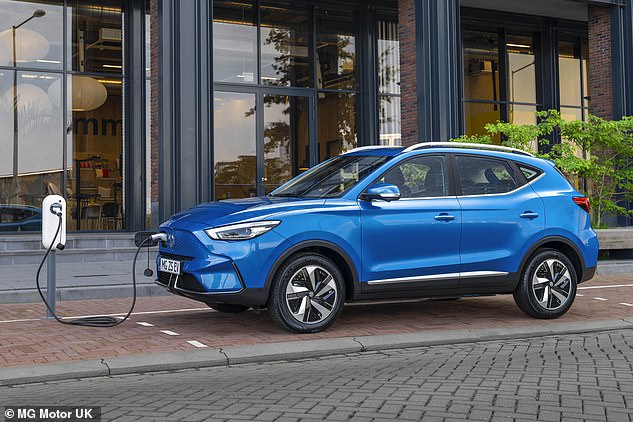 The biggest price gulf is for the MG Motor UK MG ZS EV, which is £12,250 (or 72%) more expensive than the same model with a petrol engine under the bonnet

The cheapest electric model (which has a range of 199 miles) starts from £23,835 now that the Government grant has ended, while the lowest-priced petrol version costs just £14,235.

The biggest price gulf is for the MG Motor UK MG ZS EV, which is £12,250 (or 72 per cent) more expensive than the same model with a petrol engine under the bonnet. 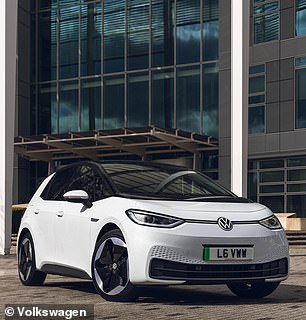 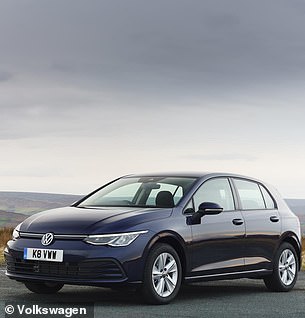 A 140-mile-range Mini Electric will cost customers £31,000 when they could have a three-door petrol example for £22,565, Peugeot’s electric 208 supermini is £11,000 pricier than the unleaded version and a zero-emission Renault Zoe is now £13,200 more expensive than a basic petrol Clio supermini.

The EV model that’s closes to its petrol equivalent is a Volkswagen.

For those wanting a family hatchback with the prestigious ‘VW’ badge on the bonnet, the cheapest electric version of the ID.3 (called the Life Pure Performance) is £29,635, which is just over £4,000 higher than the £25,340 price of the most affordable petrol Golf (the 1.0-litre TSI Life).

However, the most affordable variant isn’t currently available to order in the UK due to a lack of EV model availability resulting from the ongoing semiconductor shortage and limited vehicle production. 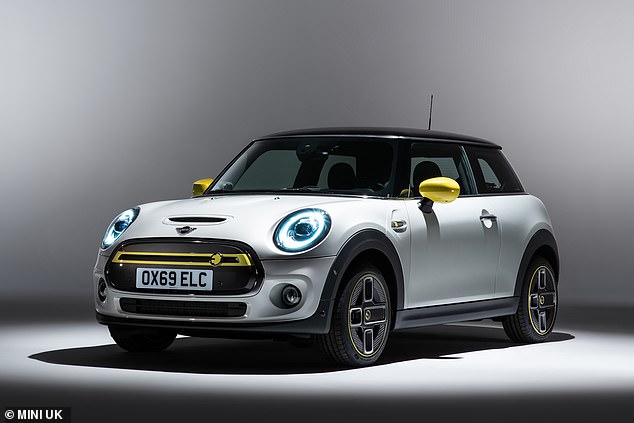 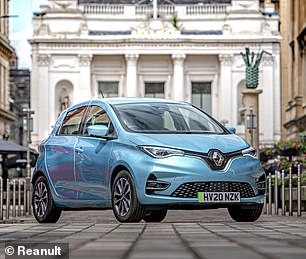 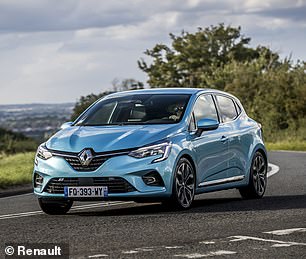 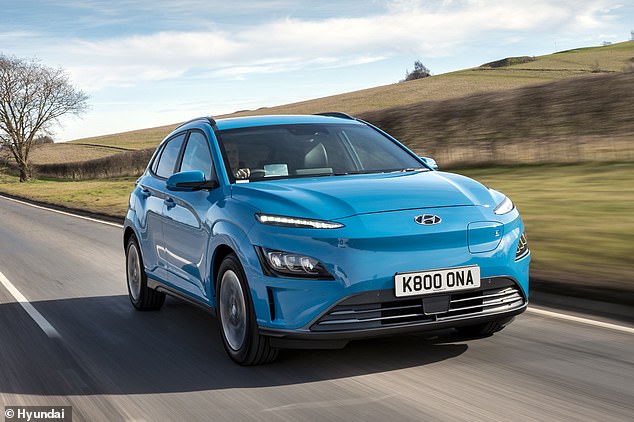 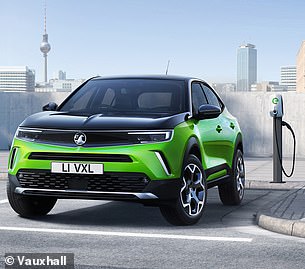 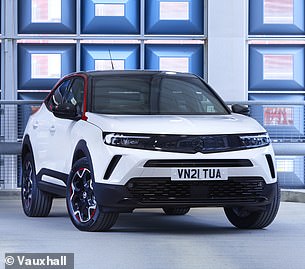 The 8 remaining cars that had previously qualified for the PiCG

This means all expensive models from the likes of Tesla, Mercedes, BMW, Audi and Jaguar have all priced out of the scheme for some years.

Battery and hybrid electric vehicles now make up more than half of all new cars sold and fully electric car sales have risen by 70 per cent in the last year, representing one in six new cars joining UK roads.

However, the majority of EVs are being registered by business users benefiting from financial incentives including salary sacrifice schemes and low benefit-in-kind tax.