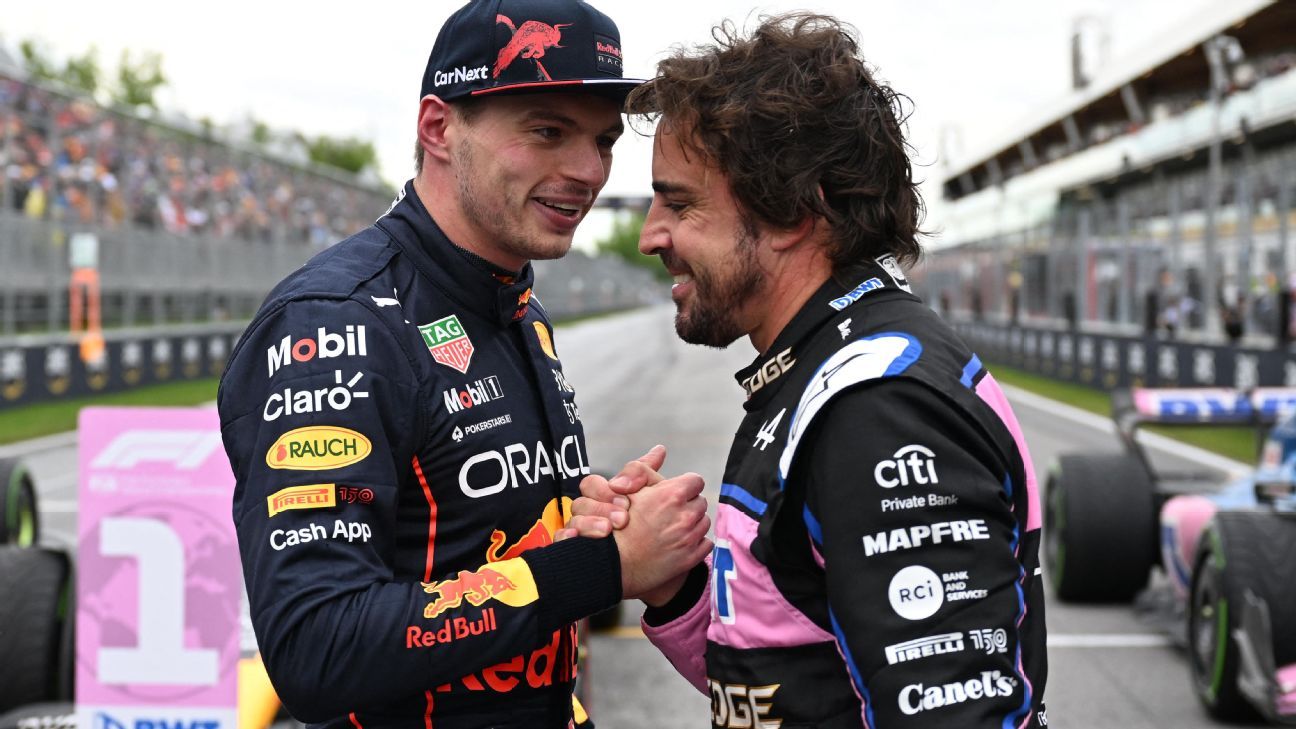 MONTREAL — Fernando Alonso vowed to roll back the years and attack Max Verstappen at the start of the the Canadian Grand Prix, saying it would be a “sweet” feeling to lead a race after so long.

Alonso will start from the front row on Sunday for the first time since the 2012 German Grand Prix.

While Alonso does not expect to have the pace to challenge Verstappen or Ferrari’s Carlos Sainz, who starts third, over race distance, he wants to have some fun at the start.

Alonso is aiming for a top five finish.

When asked if he and fellow Spaniard Sainz could team up to beat Verstappen, Alonso downplayed any expectations of a first win since 2013.

“I don’t think that we are in that luxury position, at least in our case,” he said. “Ferrari has been fighting for wins but we have been fighting for eighth, ninth, 10th so far. It’s good to start in the front row, it has been a pretty competitive weekend.

“The car has kept improving in the last few races with the new parts. But I think that our realistic position is not in the top five. Let’s try to have a clean race, execute a good strategy, good tyre management and score as many points as possible. To think about the win is completely unrealistic.”