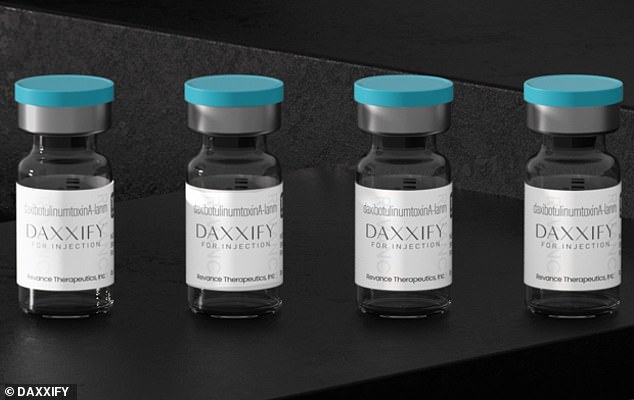 Is this the end of Botox? Anti-wrinkle injection that lasts two months longer than its popular alternative gets the green light from regulators at the Food and Drug Administration

An injectable anti-wrinkle treatment that lasts about two months longer than Botox has been given the green light for use in adults by the Food and Drug Administration (FDA) — becoming the first of its type to receive approval in over a decade.

Daxxify — manufactured by Revance — is injected into worry lines on the face and around the eyes. It lasts for about six months, outpacing the three to four months for its main competitor Botox.

Mark Foley, CEO of the Tennessee-based biotechnology firm, said it is already investigating whether it could also be used to treat lip spasms and cervical dystonia — when neck muscles contract involuntarily. Daxxify was stumbled on during research into a cream that could slow wrinkles.

More and more Americans are signing up for injections to slow aging every year — with the current market valued at $3.2 billion. But scientists warn over side effects including drooping eyelids, muscle weakness and trouble swallowing.

Pictured above are vials of the drug Daxxify, manufactured by a company in Nashville, Tennessee. It has been approved for use by the Food and Drug Administration

Daxxify works in the same way to Botox, a neuromuscular blocking agent which effectively freezes muscles — helping to prevent wrinkles.

Its developers hope to encourage more people to switch to the treatment because it requires fewer injections every year.

Botox customers generally need at least three shots a year, but with Daxxify this can be reduced to two with the same treatment effects.

What are the risks with getting Botox?

More than 1.5million Americans get Botox injections every year to help slow down aging.

But the FDA says there are several risks with the injections that can be sparked within hours, days or weeks after getting the fluid.

A price for the new treatment is yet to be revealed, but its main competitor typically costs between $250 and $500 per injection in each treatment area.

Foley said they plan to roll it out to a select few pharmacies first, the locations of which have not been revealed, for use among only some patients.

It will then be made commercially available.

Daxxify is the first treatment to use peptides to keep the formula stable, instead of the animal or human proteins that are typically used.

The FDA revealed the treatment had been approved for use in adults in a list of innovative drugs published this week.

Its approval was based on Phase 3 trials that involved 2,700 patients and more than 4,200 injections.

Results showed 74 percent of subjects had an improvement in lines at four weeks after treatment.

It lasted for a median time of six months — with some patients saying it was still working nine months later.

The most common side-effect of the treatment was a headache (suffered by six percent of participants), followed by a drooping eyelid (two percent).

No one suffered muscle weakness or breathing difficulties, but the FDA warned these could still happen when the treatment is used. 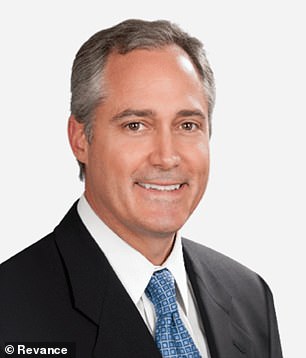 Foley said Daxxify would be a ‘disruptive innovation’ and marked the culmination of ‘years of pioneering research and development’.

The product has been a long time waiting for the green light, with the first inspection scheduled for November 2020 delayed due to the Covid pandemic.

In June the following year the FDA conducted the inspection and found problems with the company’s quality control process and working cell bank — or cells that contain the active ingredient.

This was only resolved this year, after the cell bank was replaced.

Botox has been available since 1989 in the United States and now brings in about $4.7 billion every year amid the fight against wrinkles.

Its value is only predicted to grow amid an aging population, but businessmen hope Daxxify can disrupt its market dominance.