HomeNewsBank of America’s Profit More Than Doubles, but Revenue Takes a Hit...
News

Bank of America’s Profit More Than Doubles, but Revenue Takes a Hit – News 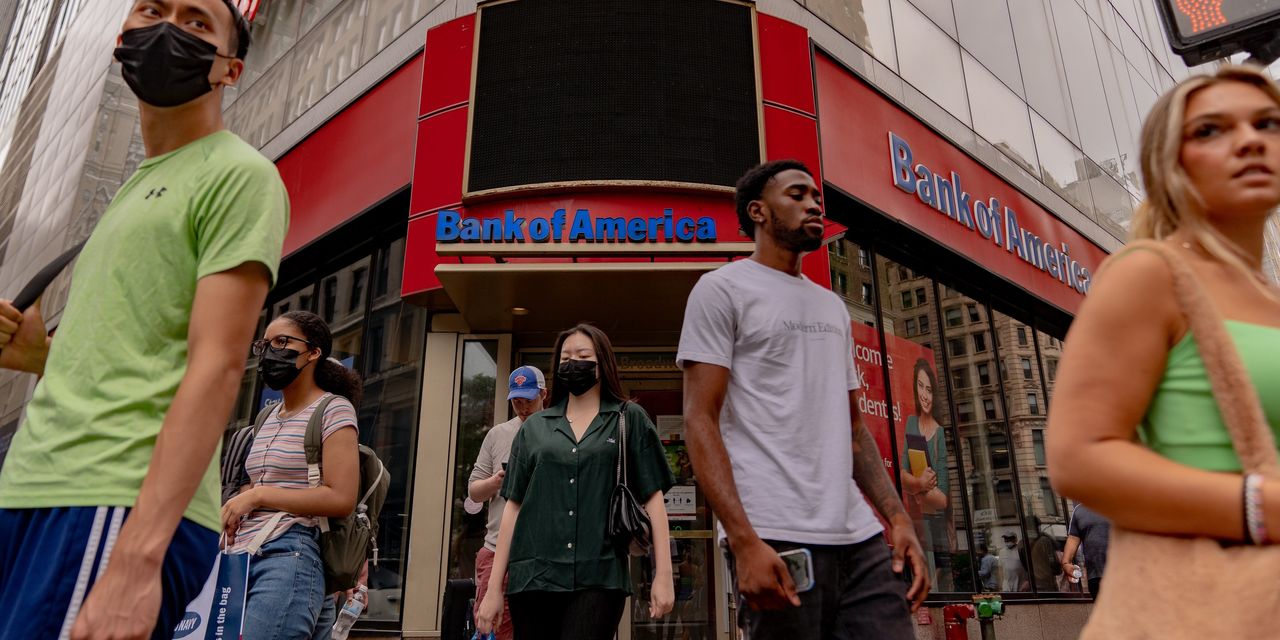 Bank of America Corp. said the economic rebound helped to more than double its profit, but low rates weighed on its revenue.

The nation’s second-largest bank by assets posted earnings Wednesday of $9.22 billion in the second quarter, up from $3.53 billion a year earlier. The bank earned $1.03 a share, beating the 77 cents forecast by analysts polled by FactSet.

Bank of America’s bottom line was lifted by its decision to release $2.2 billion of reserves it had set aside during the depths of the coronavirus pandemic to protect against a wave of soured loans. Like peers including JPMorgan Chase & Co., Bank of America has been releasing its loan-loss stockpiles as the U.S. economy rebounds.

Still, revenue in the second quarter was $21.47 billion, down 4% from $22.33 billion a year earlier. That missed analysts’ expectations of $21.8 billion. Bank of America has been the only major U.S. bank so far to miss analysts’ revenue predictions.