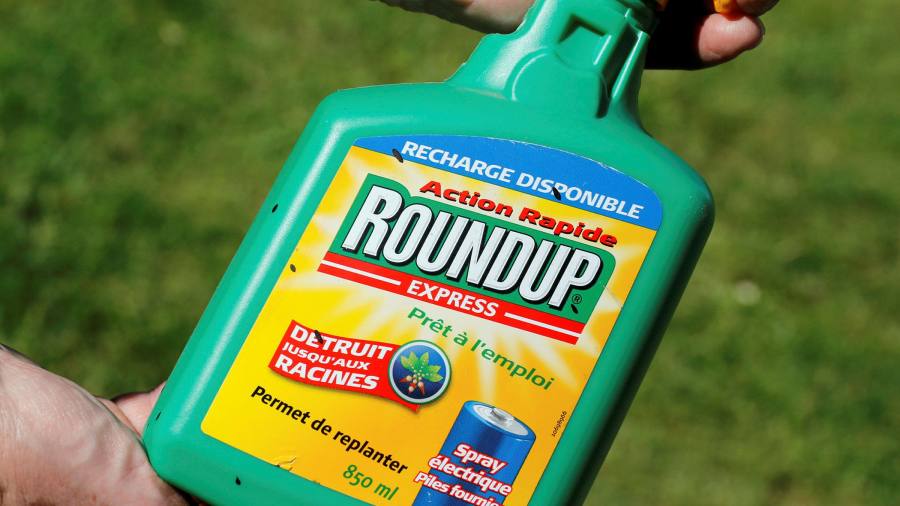 The US Supreme Court has declined to hear an appeal from Germany’s Bayer over a landmark ruling that awarded $25mn to a man who claimed the weedkiller Roundup had caused his cancer, in a move that could force the group to spend billions of euros compensating customers.

The decision frustrates Bayer’s plan to stem the wave of litigation it has faced since its $63bn takeover of agrichemicals group Monsanto in 2018. More than 30,000 claims remain outstanding, for which Bayer set aside $4.5bn last year while it appealed to the Supreme Court to review the case won by Californian Edwin Hardeman.

That sum is in addition to the approximately $11.5bn Bayer has been forced to set aside for existing and future Roundup lawsuits, more than 107,000 of which have been settled to date. The company largely postponed settling further cases while it waited to see if its petition to the Supreme Court was accepted.

“Bayer respectfully disagrees with the Supreme Court’s decision,” the group said in a statement on Tuesday. “The company believes that the decision undermines the ability of companies to rely on official actions taken by expert regulatory agencies.”

Bayer’s shares fell almost 4 per cent following the court’s decision not to hear the appeal.

The group had previously pledged to establish a “voluntary claims resolution program” to deal with extant claims if the Supreme Court declined to hear the appeal. Although it has won four recent Roundup cases that went to trial, Bayer will now likely seek rapid settlements with claimants to avoid protracted litigation, according to a person with knowledge of the group’s plans.

Hardeman sued Monsanto in 2016, arguing that his habitual use of Roundup, the world’s most popular herbicide, had caused his Non-Hodgkin’s lymphoma, and that there were no relevant warnings on the product’s label.

His case relied upon a 2015 decision by an arm of the World Health Organization — the International Agency for Research on Cancer — to classify the ingredient glyphosate as “probably carcinogenic to humans”.

Bayer has long disputed the IARC’s findings, and appealed to the Supreme Court in August last year, saying that it had no obligation to stick warning labels on Roundup given the “near-universal scientific and regulatory consensus is that the product does not cause cancer” and the Environmental Protection Agency had approved the product for sale.

The company said that this argument, originally supported by the Trump administration’s lawyers, “could effectively end potential future [Roundup] litigation” if accepted by a majority of Supreme Court justices. It had largely paused settlements while it waited for the court’s decision.

However, Bayer’s hopes were dealt a blow by the Biden administration in May, when the US Solicitor General Elizabeth Prelogar filed a brief recommending the Supreme Court deny a review of the Hardeman case, and disagreeing with the group’s arguments.

Last year, Bayer announced that it would stop selling glyphosate-based products to retail consumers in the US from 2023.

Uzbek government backs down after plan for constitution sparks protests