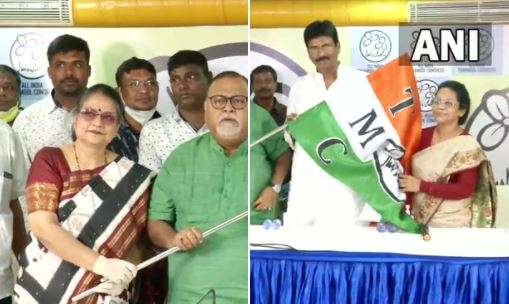 Two leaders of the Bharatiya Janata Get together (BJP) joined the Trinamool Congress (TMC) on Tuesday. BJP MLA Biswajit Das and councillor Manatosh Nath joined the saffron get together at a ceremony in Kolkata.

In an interplay publish the becoming a member of, Das stated he has returned to his “house” and can proceed to work for individuals of the state and constituency.

“Attributable to some misunderstandings, some modifications have been made that should not have been made. I’ve returned to my house now and I’ll proceed to work for individuals of my state and constituency,” he stated.

Earlier on Monday, Bishnupur MLA Tanmoy Ghosh had joined the TMC, alleging that BJP was indulging in vindictive politics. He had converted to the BJP from TMC in March, days forward of the state elections. Earlier, he was the TMC Youth president of Bishnupur city in Bankura district and likewise a councillor of the native civic physique.