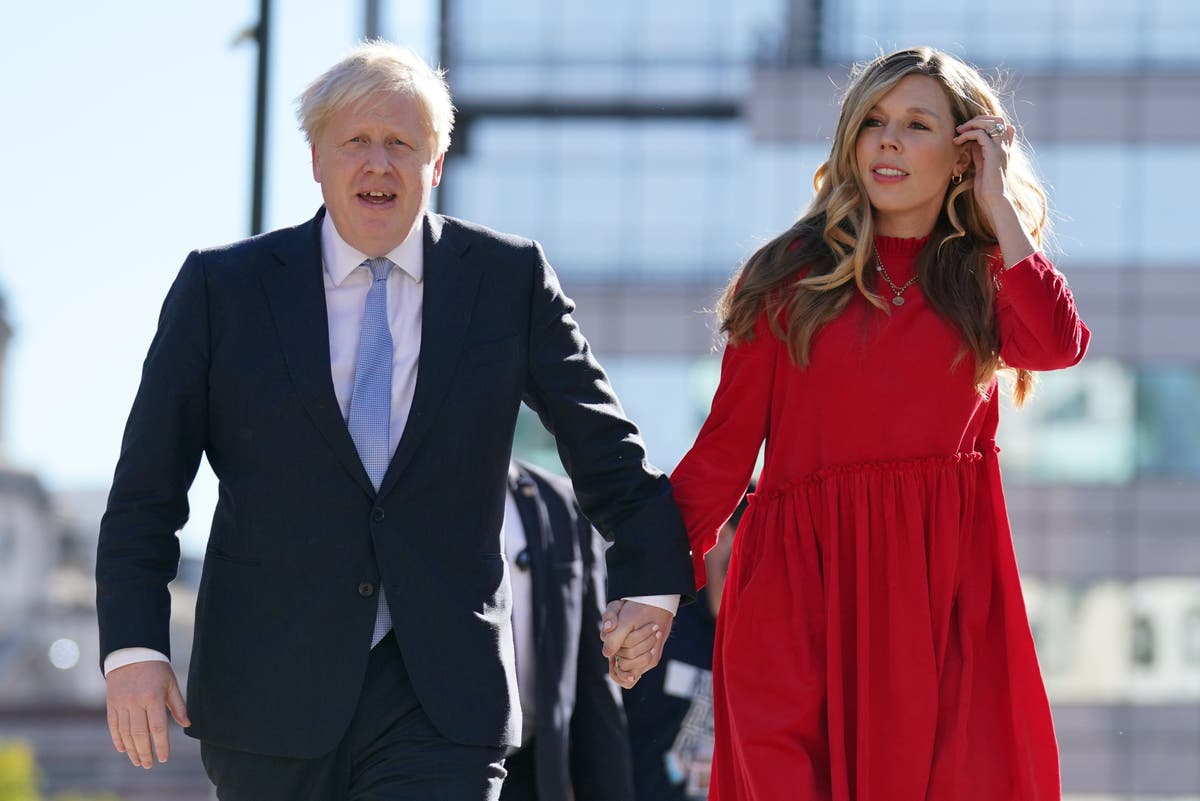 Boris Johnson’s former ethics adviser Lord Geidt is said to believe that claims the PM tried to appoint his future wife Carrie to a top government job could be “ripe” for investigation.

No 10 and the PM’s wife have denied as story later pulled by The Times which alleged that Mr Johnson had attempted to install his then-girlfriend in a £100,000-a-year job in the Foreign Office.

But Lord Geidt – who sensationally quit as the adviser on ministers’ interests last week – reportedly believes the matter could be probed by his replacement.

The ex-ethics watchdog “thinks the incident could be a matter for his successor” and “could be ripe for investigation”, according to The Telegraph.

Downing Street confirmed aides intervened following the initial publication of the allegation in The Times, but denied that the PM himself contacted the paper to complain.

It appeared in the first edition of the newspaper on Saturday, but vanished from later copies and a version also disappeared from the MailOnline website.

The story expanded on allegations made in a biography of Ms Johnson, First Lady: Intrigue at the Court of Carrie and Boris Johnson, written by Tory donor Lord Ashcroft earlier this year.

Responding to initial story, a spokesperson for Ms Johnson said: “These claims are totally untrue.” The PM’s spokesperson said on Monday that No 10 had “made clear that the story is not true, as has Mrs Johnson’s spokesperson”.

But The Times’ journalist Simon Walters is standing by his story “100 per cent”, saying he had been in communication with No 10 aides and Mrs Johnson’s spokeswoman before the paper went to press.

“At no point did any of them offer an on-the-record denial of any element of the story,” Mr Walters said.

Despite Lord Geidt’s apparent intervention in the row, it is not clear whether there will be a successor in the same role in advising on potential breaches of the ministerial code.

Mr Johnson is considering not replacing his ethics watchdog, with No 10 saying there would be a review into how best to manage the “vitally important” function and admitting the position could be abolished.

Parliament is set to vote on Tuesday on a Labour plan to grant MPs on a cross-party select committee new powers to hold Mr Johnson and his ministers to account for any alleged breach of rules.

Labour’s proposal would hand new powers to the Public Administration and Constitutional Affairs Select Committee (PACAC) to appoint its own adviser on alleged ministerial code breaches if the role is unfilled.

Keir Starmer’s party will force a vote on Tuesday on the motion, which would give the committee’s ethics adviser the ability to launch investigations if Geidt is not replaced within two months.

Labour’s deputy leader Angela Rayner said it would amount to putting No 10 in “special measures” to stop Mr Johnson “running roughshod over the rules, dodging accountability, and degrading standards in public life”.