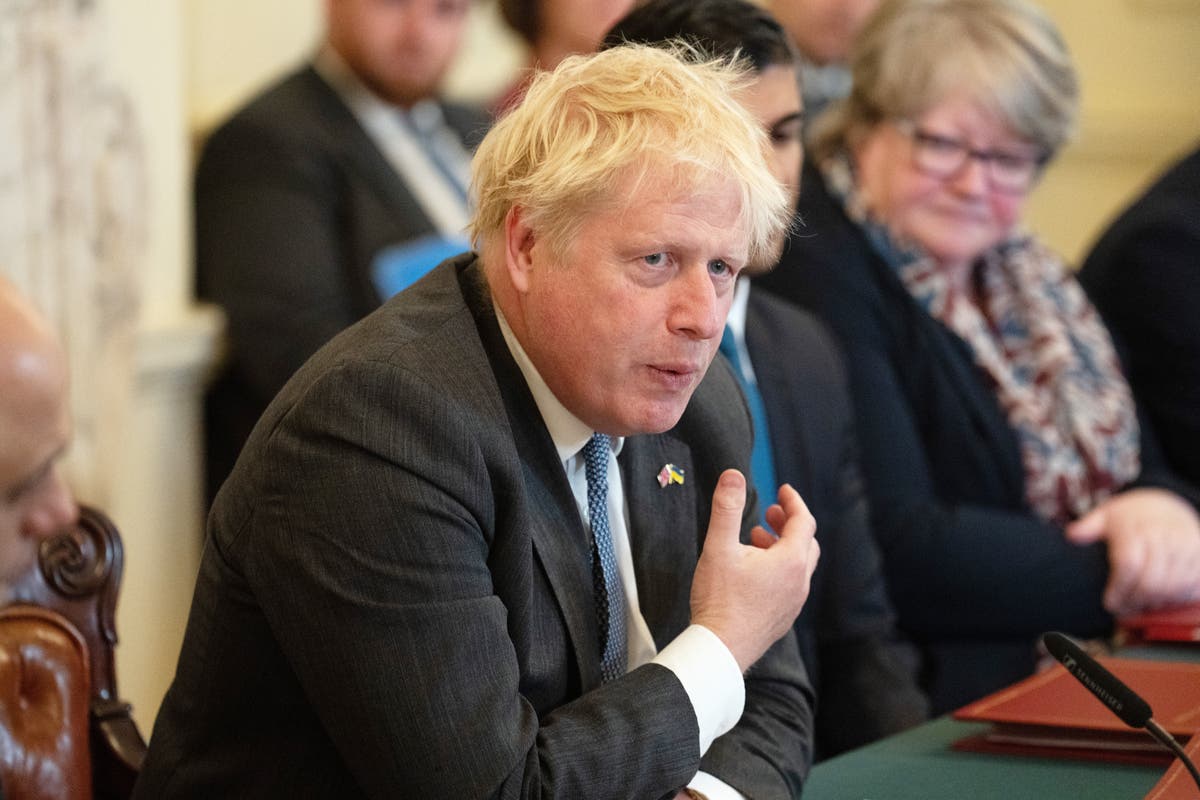 Boris Johnson has suggested it would be “crazy” for him to resign if the Conservatives are dealt a double blow by losing two key by-elections this week.

The Prime Minister played down the Tories’ chances as they seek to defend the seats of Wakefield and Tiverton and Honiton in two scandal-triggered votes on Thursday.

Defeat in both constituencies against the backdrop of the partygate scandal and a cost-of-living crisis would further raise the nerves of Tory MPs, 148 of whom recently voted no confidence in Mr Johnson’s leadership.

Wakefield in West Yorkshire was part of the “red wall” of former Labour strongholds seized by the Tories that propelled the Prime Minister to an 80-seat majority in the 2019 general election.

The other battleground, in Devon, was last won by the Tories with a majority with more than 24,000 votes, but the Liberal Democrats are hopeful of their chances.

But Mr Johnson, who will be on an official visit to Rwanda when the results roll in on Friday, was defiant that he would not be quitting if both are lost.

“Are you crazy?” he told reporters travelling with him to Kigali when prospects of his departure was raised.

Mr Johnson added: “Come on, it was only a year ago that we won the Hartlepool by-election, that everybody thought was… you know, we hadn’t won Hartlepool for, I can’t remember when the Tory party last won Hartlepool – a long time. I don’t think it ever had.

“Governing parties generally do not win by-elections particularly not in mid-term. You know, I’m very hopeful, but you know, there you go. That’s just the reality.”

The last time a Government lost two by-elections on the same day was more than 30 years ago when Tory prime minister John Major was dealt a double defeat.

Under current Conservative rules, Mr Johnson is safe from a new vote in his leadership for a year.

He declined to directly comment on suggestions that the Tory 1922 Committee could change the rules to allow a challenge sooner.

“I’m focused entirely on delivering on the agenda of this government. My golden rule is the less you talk about Westminster issues, the more you talk about the things you want to talk to the country about,” Mr Johnson said.

Tiverton and Honiton has been held by the Tories since its creation in 1997, but Conservative Neil Parish resigned earlier this year after admitting watching pornography in Parliament.

Wakefield had voted Labour continuously from 1932 until 2019 when it was won for the Conservatives by Imran Ahmad Khan.

But Mr Khan resigned in disgrace earlier this year after being convicted for sexually assaulting a boy.