Christian Sewing waives 1.4% of his bonus over Deutsche’s use of unapproved messaging apps 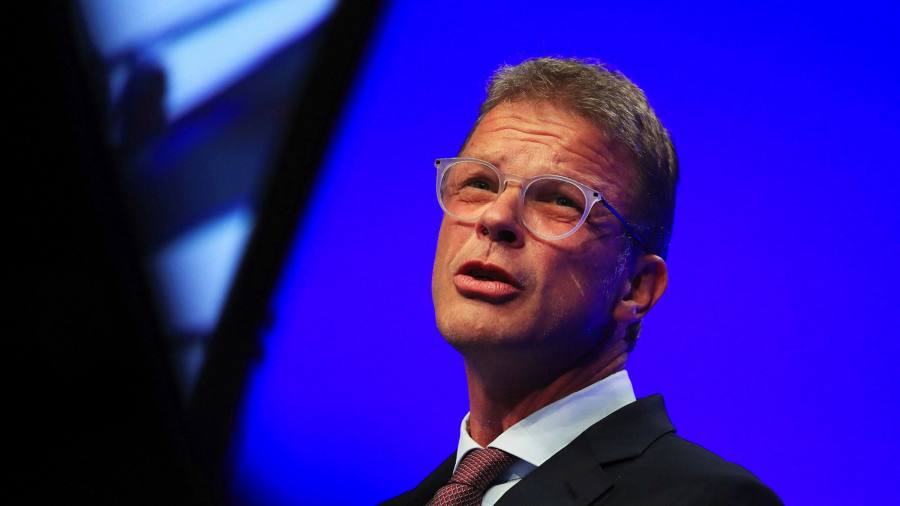 Deutsche Bank’s chief executive Christian Sewing and his top team are waiving a tiny fraction of their 2021 bonuses, in a rare move intended to show management is bearing some blame for the use of unapproved messaging applications at Germany’s largest bank.

The 10 members of Deutsche’s executive board offered to forgo €75,000 each in variable pay and the bank’s supervisory board accepted, according to four people familiar with the matter.

Deutsche is among several financial institutions under investigation by US regulators over employees’ use of personal messaging applications, including WhatsApp.

The practice, which can evade the detailed record keeping that regulators require from banks, ballooned during the pandemic when face-to-face meetings were often impossible.

The voluntary step by Deutsche’s executives was first discussed after JPMorgan Chase in December agreed to pay $200mn to US authorities for failing to keep records of staff communications on personal devices. The fines were seen as a warning shot to banks to tighten up controls and document preservation.

The Financial Times reported this month that Credit Suisse had removed a prominent investment banker from his role after he was found to have used unapproved messaging apps with clients. HSBC, meanwhile, fired a currency trader after an internal probe found that they had misused a messaging application to communicate with a broker.

However, the costs that Sewing and the bank’s upper echelons have offered to bear are far smaller. The €75,000 the Deutsche chief is relinquishing amounts to 1.4 per cent of the €5.2mn bonus, which was part of a total pay award of €8.8mn.

Among the executives, Rebecca Short, the bank’s chief transformation officer, is taking the largest hit by giving up 3 per cent of her bonus.

The move by the executive board is not related to the misuse of messaging applications by the individuals, according to a person familiar with the matter, but was designed to send a “signal” to the supervisory board.

“The [executive] board accepts its responsibility for the cultural shortcoming,” the person added.

The bank’s code of conduct states that “only Deutsche Bank-approved communications devices and applications may be used for the conduct of any bank business whether by email, chat or other electronic messaging”.

To help enforce the policy, text messages have been blocked on Deutsche mobile phones for years. Deutsche is currently rolling out an application called Movius on bankers’ phones that allows compliance staff to monitor calls, text messages and WhatsApp conversations, the FT reported last week.

At least one member of the bank’s executive board has previously self-reported their use of unmonitored messaging services to the supervisory board, according to people with direct knowledge of the matter.

The FT in February revealed that Sewing exchanged friendly WhatsApp messages with a controversial businessman who Deutsche had dropped as a client. Sewing also communicated with one of the bank’s large investors over the messaging app, according to people with direct knowledge of the matter.

The use of such messaging services is not unheard of at the supervisory board level. Paul Achleitner, the bank’s chair, used WhatsApp to discuss bank-related topics, according to people familiar with the matter.

In some cases, even regulators reached out to Deutsche executives via text messages on unmonitored channels, according to people with knowledge of the communications.

We should have limited empathy for the Big Boss resignation