Citigroup Is Closing in on Peers in One Key Way – News 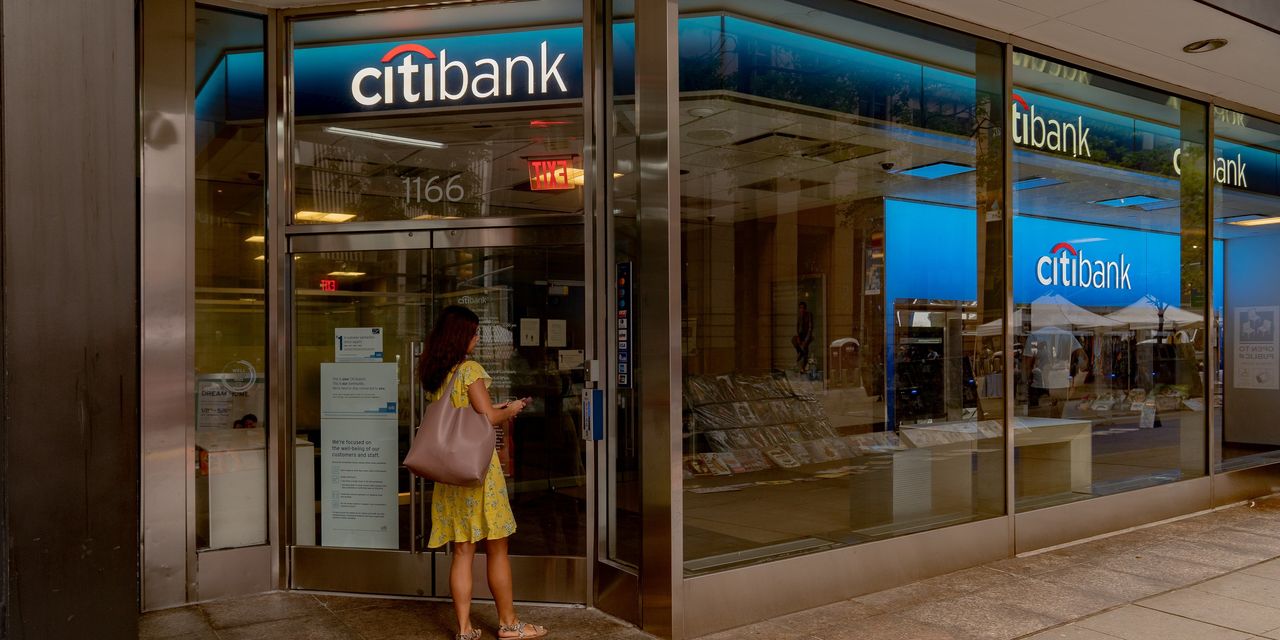 The news coming out of banks’ second-quarter reports this week hasn’t pleased investors so far, as they didn’t give very buoyant updates on their interest income. Citigroup said it didn’t expect a significant further decline in net interest revenue for the rest of this year. The KBW Nasdaq Bank index is down more than 2% since reporting began on Tuesday.

The cautious outlooks are a function of low rates and tepid loan growth, a problem across banking. But Citigroup is still making incremental progress on other longer-term projects. The bank said that its retail checking deposits grew 24% year-over-year. That is about what

a giant of U.S. retail banking, did over the same period in consumer banking, though on a bigger base.

Reorienting Citigroup more around U.S. consumer banking is a vital part of the bank’s effort to narrow its longstanding performance gap with peers. The bank also said it is now internally testing some features of its forthcoming digital account partnership with Alphabet’s Google.

Retail checking is one of the cheapest and stickiest forms of funding. Citi’s cost of deposits is falling but remains higher than those of some megabank peers, and that will likely persist as part of the nature of Citigroup’s more international deposit base. But the gap between them is narrowing, in part because other banks just can’t get much lower. Notably, Citigroup has lowered its average long-term debt liabilities versus a year ago, a much more expensive funding source.

Still, there is the question of what consumers are earning for the bank. Winning more everyday banking but also wealth and investment business is a big component of Citigroup’s strategy going forward under new Chief Executive

The bank this month introduced self-directed investing for consumers. It is still in the process of fleshing out to analysts and investors what its new wealth platform will entail, but that offering represents movement on that front.

For now, the bank’s major credit-card business is still feeling some pressure from those flush checking accounts. Loans via Citigroup’s branded cards in North America were down just 1% from a year ago at quarter’s end. Purchases were up 40%. But the average net interest revenue as a percent of those loans was nearly a percentage point lower. This reflects in part the fact that more people are acting as “transactors,” which means using cards but paying them off quickly, the bank said. That is in contrast to “revolvers” who maintain interest-bearing balances.

The good news for the bank is that loan-loss rates on those cards are in turn down by well over a percentage point from a year ago as people pay off debts quickly—so it is a net benefit, with the net credit margin rate up over last year.

Over time, Citigroup will hopefully grow its fee income from wealth management, and a lower cost of funds will be a long-term benefit. But, as with the Citibank of years past, credit card lending remains a key piece of the puzzle.