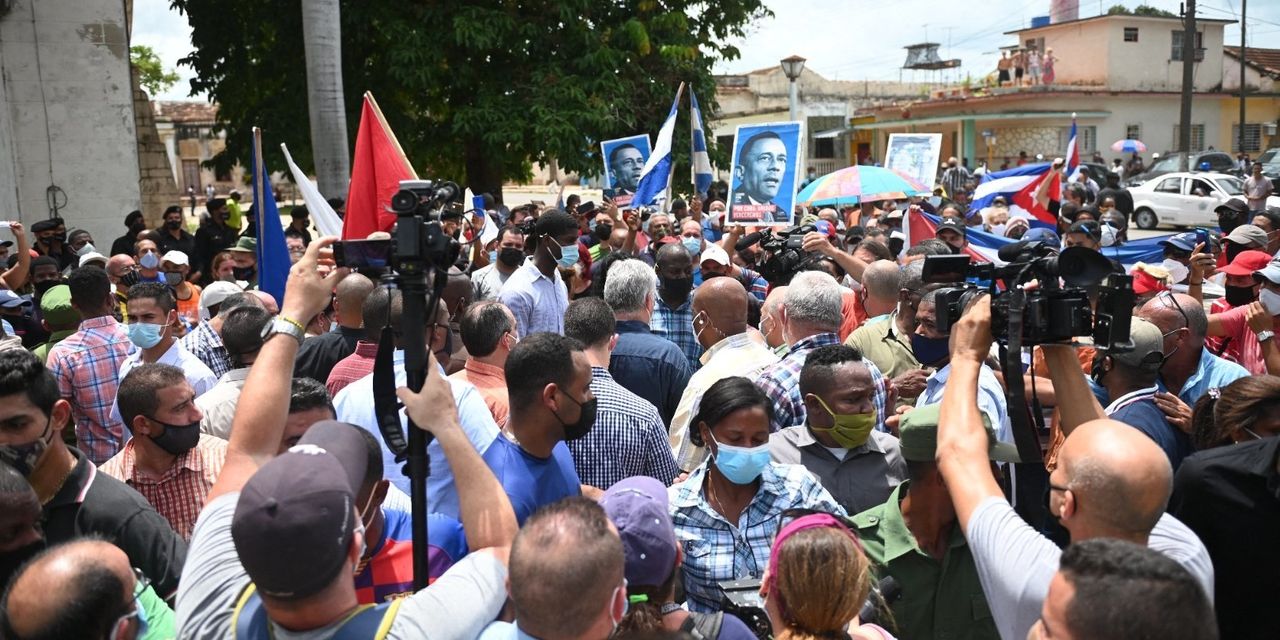 A whole bunch of Cubans went out on the streets in a wave of protests in Havana and no less than six different cities throughout the Communist island, demanding the tip of a 62-year dictatorship, meals and Covid-19 vaccine Protested the scarcity.

“We’re not afraid! Don’t be afraid!” A video posted on social media confirmed individuals yelling as they marched down the road on Sunday. “Freedom! Freedom!”

In line with analysts, this protest is unprecedented in a rustic with tight police management and oversight of dissidents.

In a speech aired on Sunday, President Miguel Diaz Cannell accused the USA of protesting that it was attempting to economically strangle Cuba and trigger a social outburst. Diaz Cannell known as on authorities supporters to take him to the streets. “A battle order has been issued,” he mentioned.

Cuba’s Overseas Minister Bruno Rodriguez mentioned in a Twitter account that Diaz Cannell had visited town of San Antonio de Los Banos, about 20 miles from Havana, to draw supporters of the pro-government. One other tweet about Rodriguez’s account confirmed a video of a pro-government demonstrator marching in Havana behind the Cuban flag. “These streets belong to Fidel,” a reference to the late Cuban chief Fidel Castro.