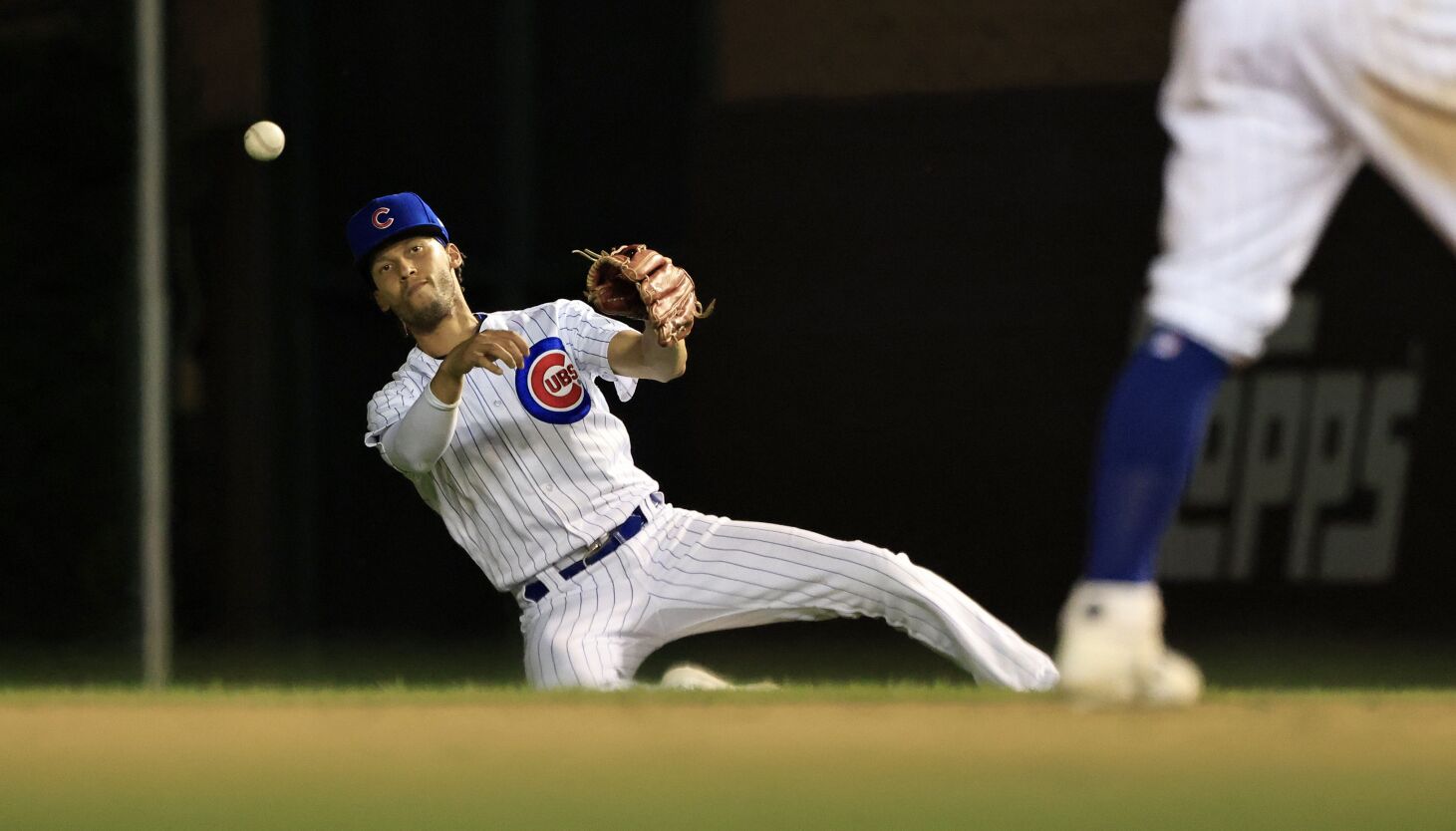 The Cubs reinstated infielder Andrelton Simmons (shoulder) from the injured list and then designated him for assignment. Manager David Ross had a simple explanation for why the Cubs made the move.

“There’s no room for him, to be honest,” Ross said.

If the Cubs need to bring up an infielder, Ross said they’d bring back David Bote from Triple-A Iowa. Zach McKinstry is versatile, and like Christopher Morel, can play shortstop, making the 32-year-old Simmons expendable.

Simmons’ time with the Cubs didn’t go as planned. A four-time Gold Glove shortstop, the Cubs signed Simmons to a one-year, $4 million deal in March to provide depth and allow Ross to occasionally rest Nico Hoerner or Nick Madrigal. That plan didn’t really come to fruition for Simmons, who was bothered by right shoulder issues all season and limited to 35 games.

“Phenomenal person, great professional,” Ross said. “I’m going to miss him personally. Really good conversations. Talked to him [Friday] at length, one of those situations that he very much understood. Just part of baseball.”

Dreaming of Iowa
On Thursday, the Cubs face the Reds in the Field of Dreams Game at Dyersville, Iowa. Ross said the Cubs would have fun with the event, experiencing “something new and make memories that you’ll tell your kids about and show pictures of.”

Going to the site isn’t new for Ross, who showed the movie to his kids and said it was special to him as he was coming up. In 2019, Ross took part in a 2019 charity event in Dyersville that included Hall of Famers and cast members from “Field of Dreams,” “A League of their Own” and “The Sandlot.”

“It was a really, really cool day,” Ross said.

The logistics of the event could lead to a long day. Ross said the Cubs will be arriving the day of the game, which is similar to a couple trips from the shortened 2020 COVID-19 season.

Playing through it
Entering Saturday, Morel was 0 for 21 over his last seven games and hitting just .213 over his prior 15. Yet there he was, hitting ninth and playing second base.

To Ross, it was better to let Morel play through his struggles.

“It’s not always success here and you’ve got to let some guys have moments where [they struggle],” Ross said. “I don’t think taking people out of competition when they’re struggling is always the best thing because he’s going to be right back in the next day, right?”

Rough patches are part of the process for many young players, and Morel is no different. The hope for Ross and the Cubs is to see Morel and other developing players work through the hiccups and get better.

“You’ve just got to keep having a process, a routine, a way to get your work in and trust that on a daily basis and still go out there and compete to your best,” Ross said. “That’s also a skill set and a mindset that you have to develop as well at this level, because there is no escape route.”