Verdict: A starman and an oddity

David Bowie was a rock star like no other, and Moonage Daydream is a fittingly singular documentary, ostensibly about his remarkable life but really more like a journey, one lasting well over two hours, through his relentlessly mercurial mind.

The last film I saw about Bowie was the hopelessly misconceived 2020 biopic Stardust, with a disastrously miscast Johnny Flynn as the man himself, an exercise doubly hamstrung by the refusal of the Bowie estate to allow the use of his music. 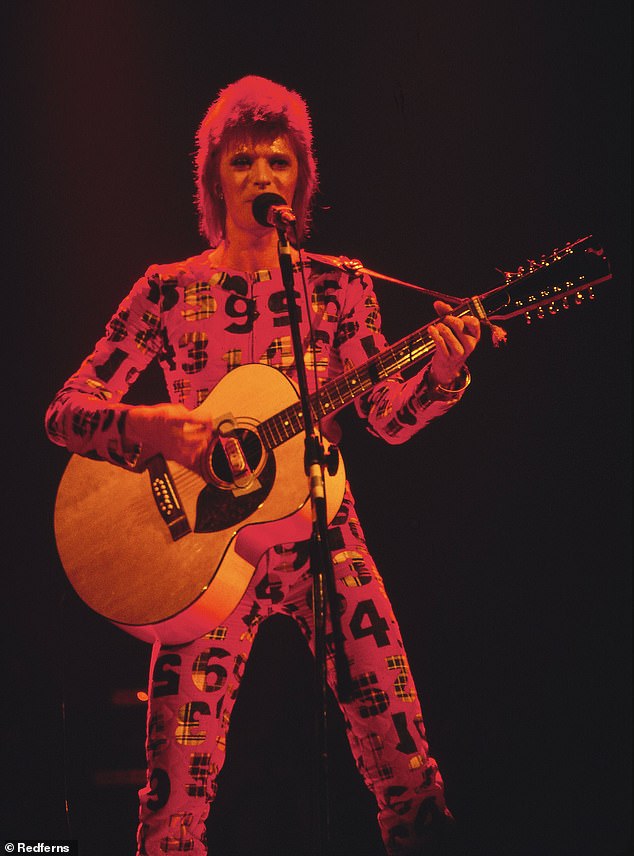 David Bowie was a rock star like no other, and Moonage Daydream is a fittingly singular documentary, ostensibly about his remarkable life but really more like a journey, one lasting well over two hours, through his relentlessly mercurial mind

The notoriously protective guardians of Bowie’s legacy have allowed him access into every nook and cranny, including all the concert footage and all the interview archive, so his headache was almost certainly what to leave out.

It also means that Bowie effectively narrates the film himself. He was a willing interviewee, cheerfully introspective and requiring little prodding to philosophise about music, art, religion, indeed pretty much anything. He has nothing to say about rugby league, but that might be about it.

In truth, not everything he says in Moonage Daydream (borrowing the title of his 1971 song) is immune to the charge of pretentiousness. But there are plenty of cherishable insights.

Eight years isn’t very long to secure classic statue, but Paul King’s film is such a delight – and the doughty Peruvian bear won our hearts anew with his antics alongside our late, beloved Queen earlier this year.

I especially loved his definition of what every day should yield for a human being… that at the end of it we should be satisfied that we ‘took from it, and gave back to it, as much as possible’. He fulfilled that equation more than most of us in his 69 years.

The film focuses mainly on the 1970s and early 1980s, from Bowie’s Ziggy Stardust years to his global 1983 Serious Moonlight tour.

There are a few stark omissions; we hear him rhapsodising about his 1992 marriage to the Somali supermodel Iman, but his first marriage to Angie Barnett, and his experience of fatherhood, are overlooked.

Nor has Morgen selected that memorable clip of Bowie wisely and with amazing prescience explaining to a sceptical Jeremy Paxman, at the dawn of the internet age, just how the World Wide Web would change the way we live. It pops up often on social media, aptly, and is always a treat.

Maybe the director (whose credits include documentaries about the Rolling Stones, Kurt Cobain and, a trifle incongruously, the primatologist Jane Goodall) regarded it as too familiar. After all, one of the primary joys of the archive material in this film is how little we’ve seen before.

Another joy, for anyone who gets a kick out of studying the interviewer’s art, is watching Russell Harty, Michael Parkinson, Dick Cavett, Valerie Singleton and Mavis Nicholson trying hard — and in some cases failing hard — to get a grip on this unique, androgynous, driven, formidably gifted being. 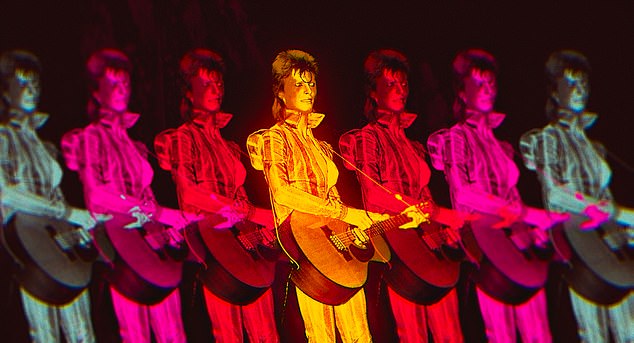 The last film I saw about Bowie was the hopelessly misconceived 2020 biopic Stardust, with a disastrously miscast Johnny Flynn as the man himself, an exercise doubly hamstrung by the refusal of the Bowie estate to allow the use of his music

Mind you, that implies a down-to-earthness that hardly reflects the film. Morgen has filled it with hundreds of wildly disparate images, from crazy, swirling psychedelia to Fred Astaire and Ginger Rogers dancing up a storm, from surreal animated sequences to the streets of Cold War Berlin. At first it seems unnecessarily distracting and weird, but gradually you realise that it illustrates, rather brilliantly, just how Bowie ticked.

The life story of another creative genius is documented by focusing on his most famous composition in Hallelujah: Leonard Cohen, A Journey, A Song. Cohen died, as coincidentally Bowie did, in 2016. And actually there are other parallels; both men wrote at least as well as they sang, and both had incredibly fertile, restless minds. This excellent film by Daniel Geller and Dayna Goldfine is much more conventional than Moonage Daydream but, for Cohen fans, it is similarly full of treasures.

I greatly enjoyed the analysis of Hallelujah’s lyrics as: ‘one part biblical, one part the woman he slept with last night’. 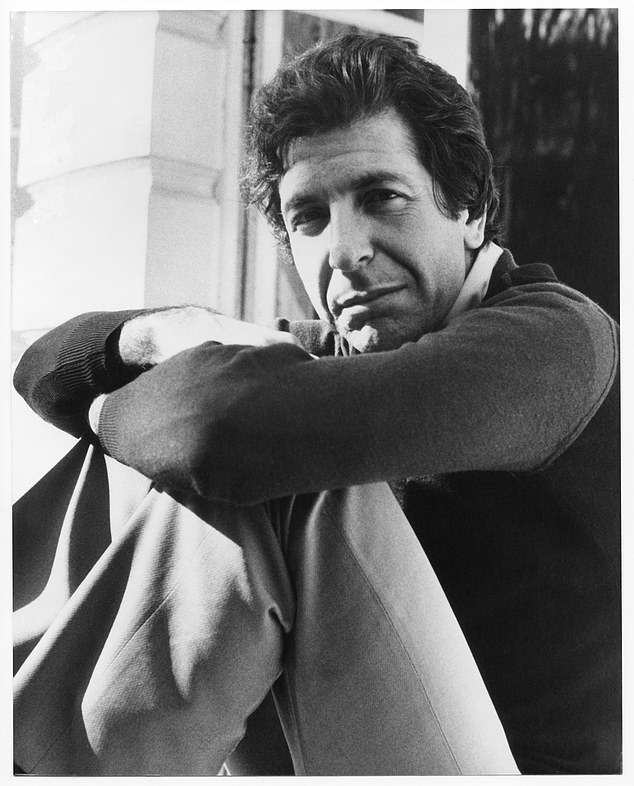 The life story of another creative genius is documented by focusing on his most famous composition in Hallelujah: Leonard Cohen, A Journey, A Song

The film cleverly sheds light on Cohen’s complex personality by tracing the trajectory of the song, from its outright rejection by the combative head of Columbia Records, Walter Yetnikoff (‘Leonard, we know you’re great, we just don’t know if you’re any good,’ he said), to its use on the 2001 movie Shrek and its extraordinary triumph in the UK charts in December 2008. Alexandra Burke’s version reached No.1 that Christmas, with Jeff Buckley’s version at No.2, and Cohen’s 1984 original at No.36.

Since then, it has become a standard at weddings and funerals, and poignantly rang out at a memorial service in Washington DC last year for more than 400,000 American victims of the pandemic. So much for Yetnikoff’s judgment.

But then, that’s showbiz.

Watch out! Jackie Brown is back in town…

Quentin Tarantino fans will be delighted to see that there’s a 25th anniversary re-release of his 1997 crime thriller Jackie Brown, being screened from today in more than 200 cinemas nationwide.

And if you’re really hot on your Tarantino detail, you might also have noted the coincidence of Jean-Luc Godard dying this week. The great French director was a major influence on Tarantino, who named his production company, A Band Apart, after Godard’s 1964 classic Bande à Part.

What Godard in turn thought of Jackie Brown is, as far as I know, undocumented. Either way, it stands alone in Tarantino’s credits as the only one of his films that did not originate in his own head; it is based on the Elmore Leonard novel Rum Punch. Crafted as a homage to the so-called ‘­blaxploitation’ movies of the 1970s, it stars Pam Grier, a veteran of those films, in the title role (pictured).

She plays an air stewardess who works for ruthless Los Angeles gun-runner Ordell Robbie (Samuel L Jackson), using her job to smuggle large sums of cash for him, but in the end swindling him. 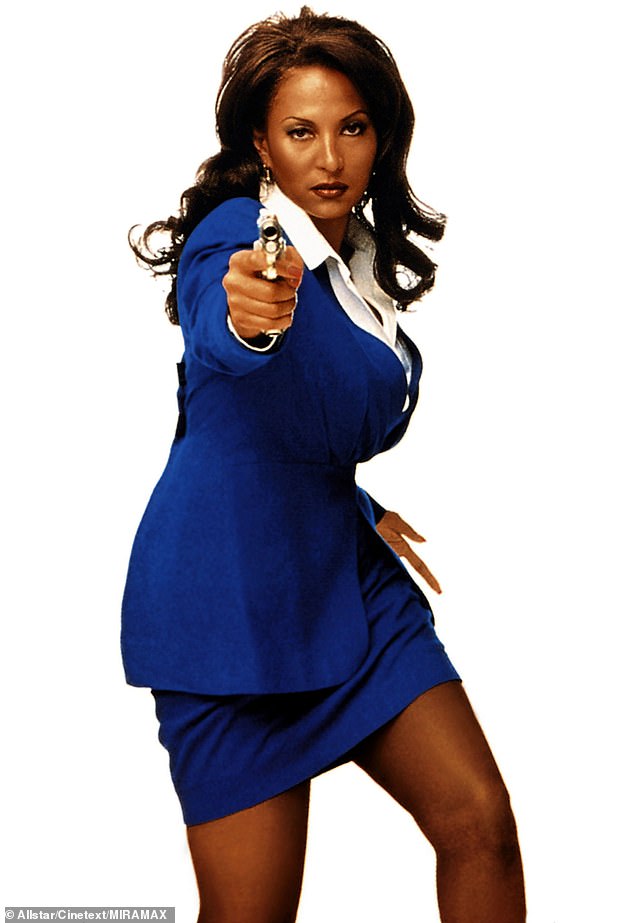 Crafted as a homage to the so-called ‘­blaxploitation’ movies of the 1970s, it stars Pam Grier, a veteran of those films, in the title role (pictured)

The last time I watched Jackie Brown on TV, I confess I needed sub-titles. Jackson’s dialogue in particular is delivered at such speed that it’s not always easy for a British audience to follow.

That service won’t be available in cinemas, but I’m looking forward to it all the same. It’s a long, occasionally ponderous, but compellingly stylish and witty film, with a marvellous soundtrack and a top-notch supporting cast led by Robert De Niro, with Michael Keaton, Bridget Fonda, Robert Forster and, in a blink-and-you’ll-miss-it cameo, Danny DeVito.

Another of this week’s releases, In From The Side could hardly be more different. A low-budget debut for writer-director Matt Carter, it’s about a love affair between two players at a gay London rugby club, both of whom are in committed relationships with other men.

It’s an intriguing backdrop to a tale of infidelity, but it would be better suited to a four-parter on TV. The film lasts well over two hours and needs a much earlier final whistle.