Home > Sports > Dhoni instilled confidence in me; no shortcuts to getting into Team India: Deepak Chahar 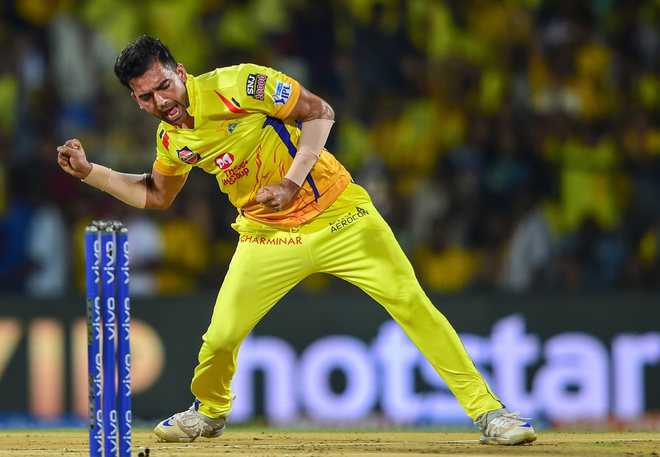 India’s right-arm pace bowler Deepak Chahar has credited the growth in his cricketing career to former India captain Mahendra Singh Dhoni’s advice, saying the veteran wicketkeeper-batter instilled a lot of confidence in him, which translated into good performances.

Chahar, who missed the IPL 2022 season due to a hamstring injury and is ready for India comeback when the Asia Cup squad is announced on August 8, said: “Mahi bhai has given me a lot of advice. The best advice was to believe in myself. When I first played for CSK, the amount of confidence he gave me reflected in my performance. He’s the number one captain. If he believes in you, you have to believe in yourself. The belief I got from playing for CSK was massive. That changed my career. The belief and confidence Mahi bhai gave me was the best.”

The 29-year-old Chennai Super Kings all-rounder, who has been training at the CSK academy after recovery, said his rise through the ranks was never smooth, but he kept working hard “day and night” to achieve his goal.

“The graph will go up and down. For me, it went down for many years but still I worked hard day and night. I always thought there is no alternative to hard work. If you work hard, the day and time will come and you’ll play well. You’ll get what you deserve,” added Chahar.

“My advice to every young bowler is to work hard. There is no alternative. Hard work is the key. Sometimes you get selected, sometimes you won’t. Sometimes they (other players) are better than you. The only way to beat them is by hard work. Nobody can help you. No coach or parent, nothing. When you enter the ground, only you can help yourself. We all dream of becoming Indian cricketers.

“You don’t want to just play for state. If you’re not thinking about playing for India, you should not play cricket. If you want to play for the Indian team, it will take many years. You can’t play for India in two or four years,” added Chahar.

Recalling his favourite moment with CSK, the pace bowler said playing alongside Dhoni in the debut match and winning the title that year was one of his most cherished moments.

“Playing the first match for CSK will be my favourite for sure. Playing in yellow under Mahi bhai…My first over, I bowled very well…I still remember it. And then winning the IPL trophy in my debut year was one of the best moments as well.”

On his batting, and his unbeaten 69 against Sri Lanka in an ODI in 2021, Chahar said, “When I started playing, I always wanted to be an all-rounder. I wanted to work on my batting as much as my bowling. It was a matter of opportunity that I was waiting for. Finally, I got that match. When I went to bat, all I was thinking was to make India win. First 20 balls, I didn’t score any runs, only one or two runs.