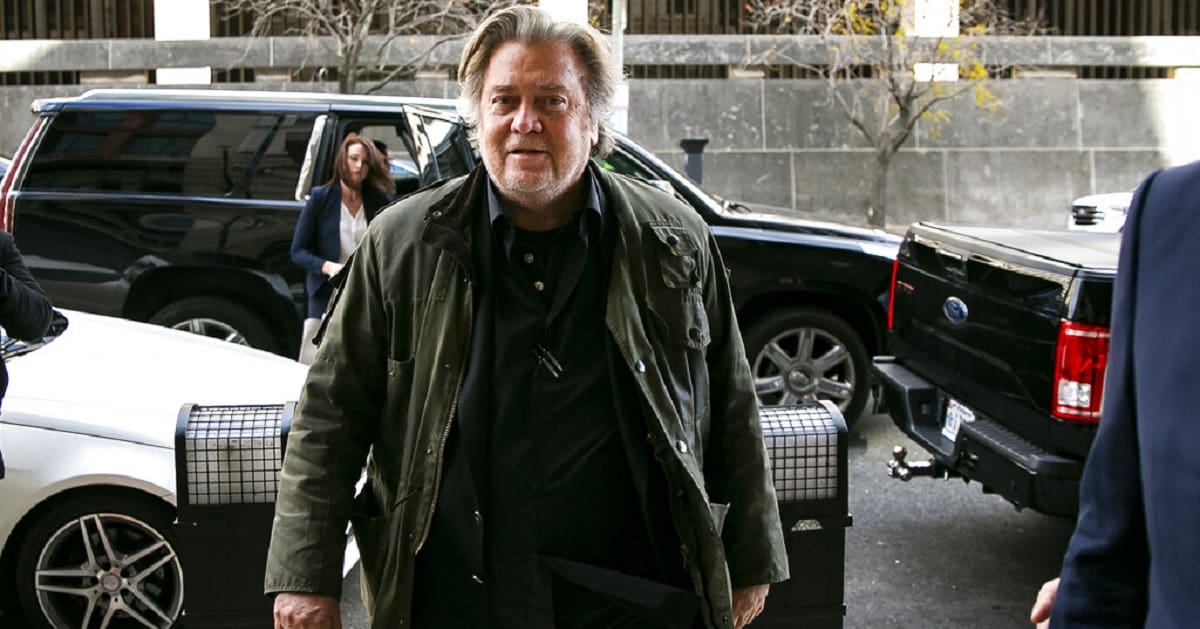 Former White House adviser Steve Bannon was arrested Thursday on charges that he and three others ripped off donors to an online fundraising scheme “We Build The Wall.”

The charges were contained in an indictment unsealed in Manhattan federal court.

Federal prosecutors alleged that Bannon and three others “orchestrated a scheme to defraud hundreds of thousands of donors” in connection with an online crowdfunding campaign that raised more than $25 million to build a wall along the southern border of the United States.

A phone at the office of Bannon’s lawyer went unanswered Thursday morning. A spokeswoman for Bannon did not immediately respond to a request for comment.

According to the indictment, Bannon promised that 100% of the donated money would be used for the project, but the defendants collectively used hundreds of thousands of dollars in a manner inconsistent with the organization’s public representations.

The indictment said they faked invoices and sham “vendor” arrangements, among other ways, to hide what was really happening.

Before he was tapped to lead Trump’s 2016 presidential campaign in its critical final months, Bannon led the conservative Breitbart News. After Trump was elected, he moved on to a top White House strategy post.

The blunt-spoken, combative Bannon was the voice of a nationalistic, outsider conservatism, and he pushed Trump to follow through on some of his most contentious campaign promises, including his travel ban for some foreigners and his decision to pull out of the Paris climate change agreement.

But Bannon also clashed with other top advisers, and his high profile sometimes irked Trump. He was pushed out in August 2017.

Kansas man, 59, is arrested for ‘threatening to kidnap and kill...

Mesut Ozil names his dream team… but only ONE Arsenal player...

Kristen Bell says she stands by Dax Shepard after relapse –...