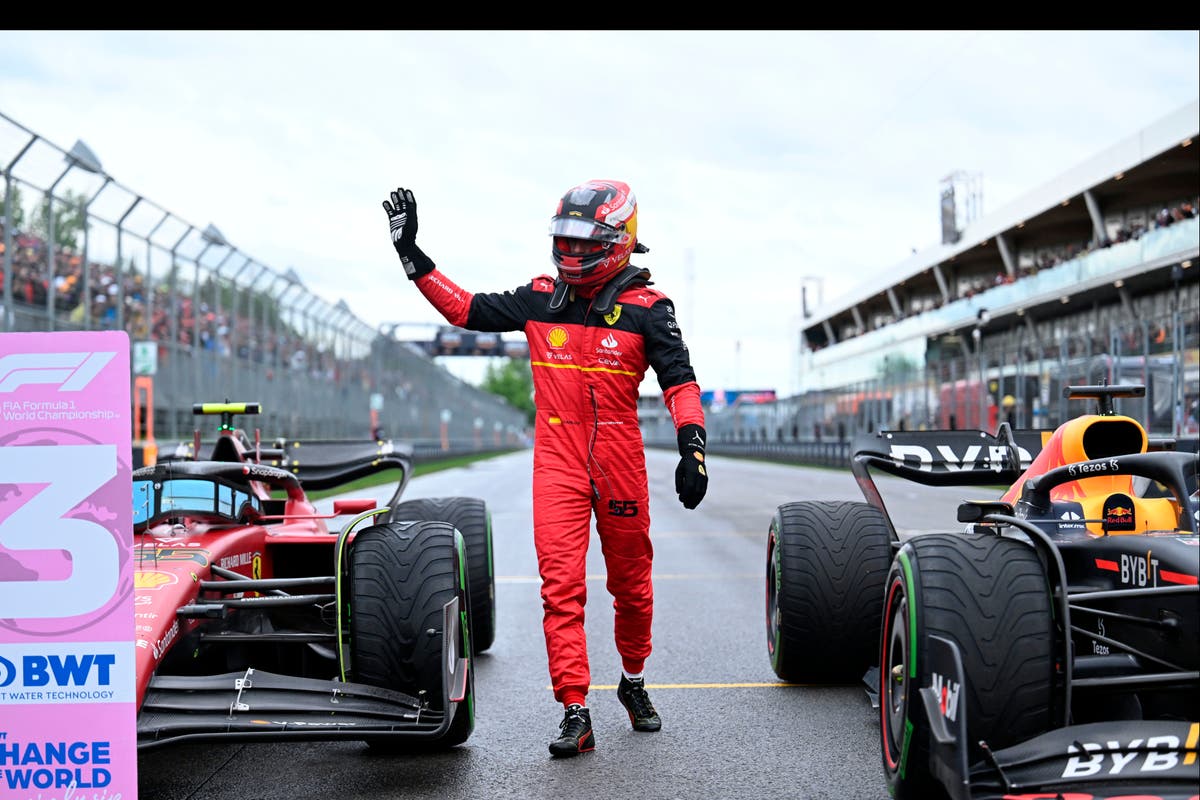 ormula One is in Montreal for today’s Canadian Grand Prix after a trip to Azerbaijan that raised plenty of questions for the rest of the season.

Lewis Hamilton will hop in his Mercedes at Circuit Gilles Villeneuve after initial doubts over his fitness to drive the car as it continues to suffer with significant bouncing issues.

Other drivers have complained of the porpoising problem that has sprung up on F1 due to its new emphasis on ground effect.

Max Verstappen starts on pole position and will be out to build on his world championship lead with Sergio Perez in the middle of the pack but now in second ahead of Charles Leclerc, who starts from the back after Ferrari’s latest disaster.

Here are all the details ahead of the weekend…

When is the F1 Canadian Grand Prix?

What time is the F1 Canadian Grand Prix?

The race on Sunday is scheduled to start at 7pm BST.

How can I watch the F1 Canadian Grand Prix?

TV channel: The race will be shown live on Sky Sports F1 and Main Event, with coverage beginning at 6.30pm BST on Main Event and 5.30pm on F1.

Live blog: You can keep up to date with the race as it happens via Standard Sport’s live blog.

Who is on pole for the F1 Canadian Grand Prix?

Verstappen claimed pole on Saturday and will be joined on the front row by Fernando Alonso.