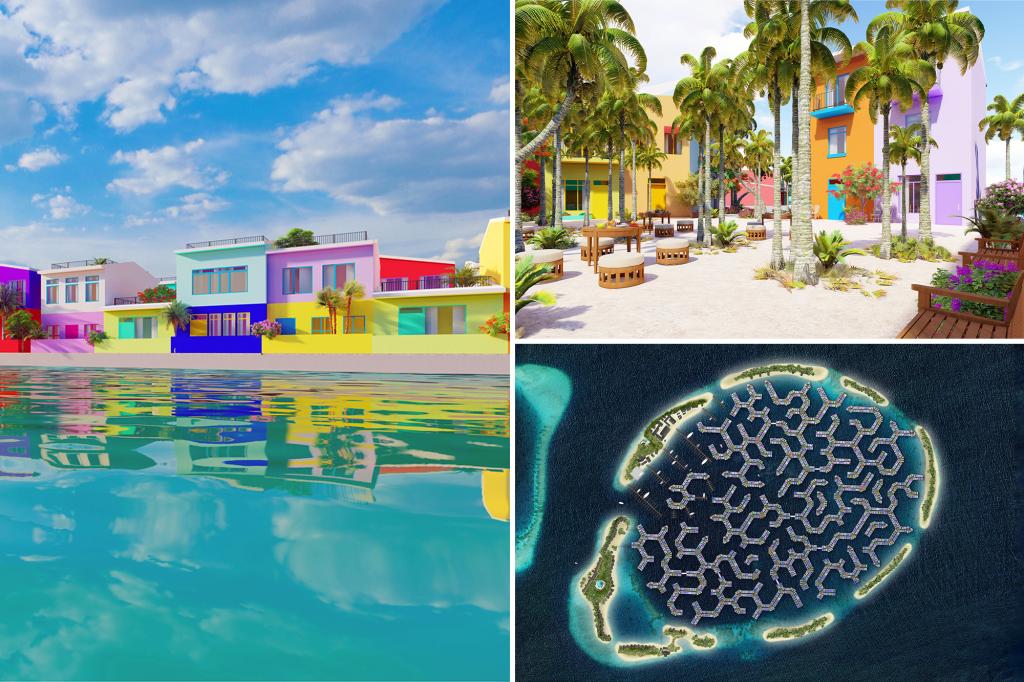 One development company is gearing up for the inevitable — rising sea levels.

And to prepare, floating cities are beginning to develop around the world.

In April, the United Nations announced the construction the first floating city off South Korea’s second-largest city, Busan. Known as Oceanix City, it plans to provide homes for a community of 12,000 people, potentially rising to 100,000, with construction due to start in 2023.

And now a second floating city is being constructed outside the capital of the Maldives.

Designed in a pattern akin to brain coral, the city will consist of 5,000 floating units. These units will include houses, restaurants, shops and schools, with canals running in between. In total, the city expects to house up to 20,000 people. And much like Oceanix, can withstand hurricanes.

The first units are to be unveiled this month, with residents beginning to move in early 2024. The whole city is set to be completed by 2027.

“Floating real estate will provide safety and building space for overcrowded and flood-threatened cities,” Koen Olthuis, founder of Waterstudio, the architecture firm that designed the city told The Post. “Floating developments will push real estate beyond the waterfront which will change our cities similar to the introduction of high rise buildings a century ago.”

Olthuis’ architecture firm is dedicated solely on building properties on the water.

“The developer, Dutch Docklands Maldives is a public private partnership with the government,” Olthuis said. “The pocess took almost 10 years but will unlock similar opportunities in waterfront cities around the world,”

Features of Waterstudio’s city in the Maldives include rainbow-colored homes designed to attract local people. Wide balconies and seafront views are added onto each home. For transportation, residents will get around on boats, or they can walk, cycle or drive electric scooters or buggies.

“Tech is not the problem, but it is the regulatory framework that takes time to adjust,” Olthuis explained. “Money talks and so this means when authorities understand that the cost of floating development are lower than the cost of destruction of waterfront infrastructure and properties then this next shift in city development will fly.”

The capital of Maldive, Malé, is considered one of the more densely-populated cities in the world, with more than 200,000 people squeezed into an area of around 2,000 acres.

Currently the units will be built in a local shipyard, which they will then tow to the floating city. Once they are shipped to the city, they units will be attached to a large underwater concrete hull, which is screwed to the seabed on telescopic steel stilts allowing it to move smoothly with the waves.

Olthuis explained it will be a fully functional city like any other city on land.

“I think the role of architects change from designer to city doctors, curing the cities problems by using water as a medicine,” he said.

Neglected Titanic Memorial: ‘Like Their Graves Have Not Been Tended’

A Memorial for the Titanic Gone Dark