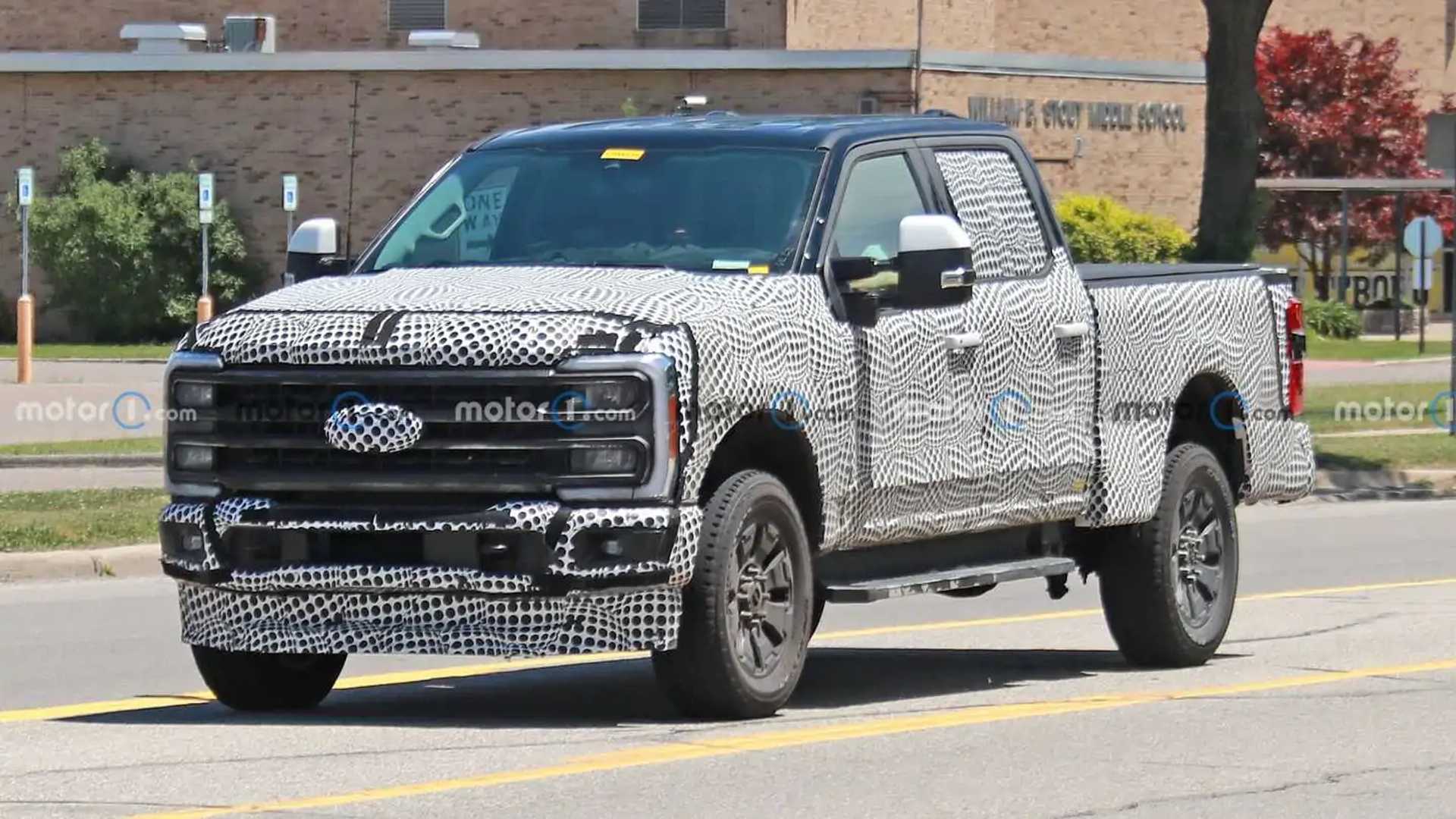 The Ford Super Duty lineup has a massive update on the way that blurs the lines between a refresh and a new generation. While the underpinnings are reportedly the same, a whole lot of other aspects of the tough range of trucks are changing. These spy shots catch the Lariat trim in the least amount of camouflage so far in the vehicle’s development.

This Super Duty has a fully exposed grille. The design has stacked headlights on each side with a space separating them. Bracket-shaped running lights surround their outer edges. The lower fascia includes prominent fog lights.

Other spy shots showed a different design for the middle section of the grille. The previous one had a mesh section there. This is commonly how Ford differentiates the trim levels of its trucks.

The hood appears mostly flat, but the camouflage might be hiding some accents. At the tip of the nose, it curves downward to meet the grille.

The body-color mirror caps and running boards are the indications that this is the Lariat trim. The truck is riding on wheels with a chunky design that includes raised sections along the outer portion of the rim.

The Super Duty’s cabin reportedly adopts some of the tech from the latest F-150, like a large, touchscreen infotainment display.

We aren’t expecting the engine range to change much, meaning buyers would be able to select a 6.2-liter V8, 7.3-liter V8, and 6.7-liter V8 turbodiesel. It’s possible that they might have horsepower or torque improvments. There are also rumors of a hybrid option, but Ford says a fully electric Super Duty isn’t happening anytime soon.

Look for the new Super Duty to debut this year. The unveiling is reportedly this fall.

TEASED: The Civic Type R Is FINALLY In America