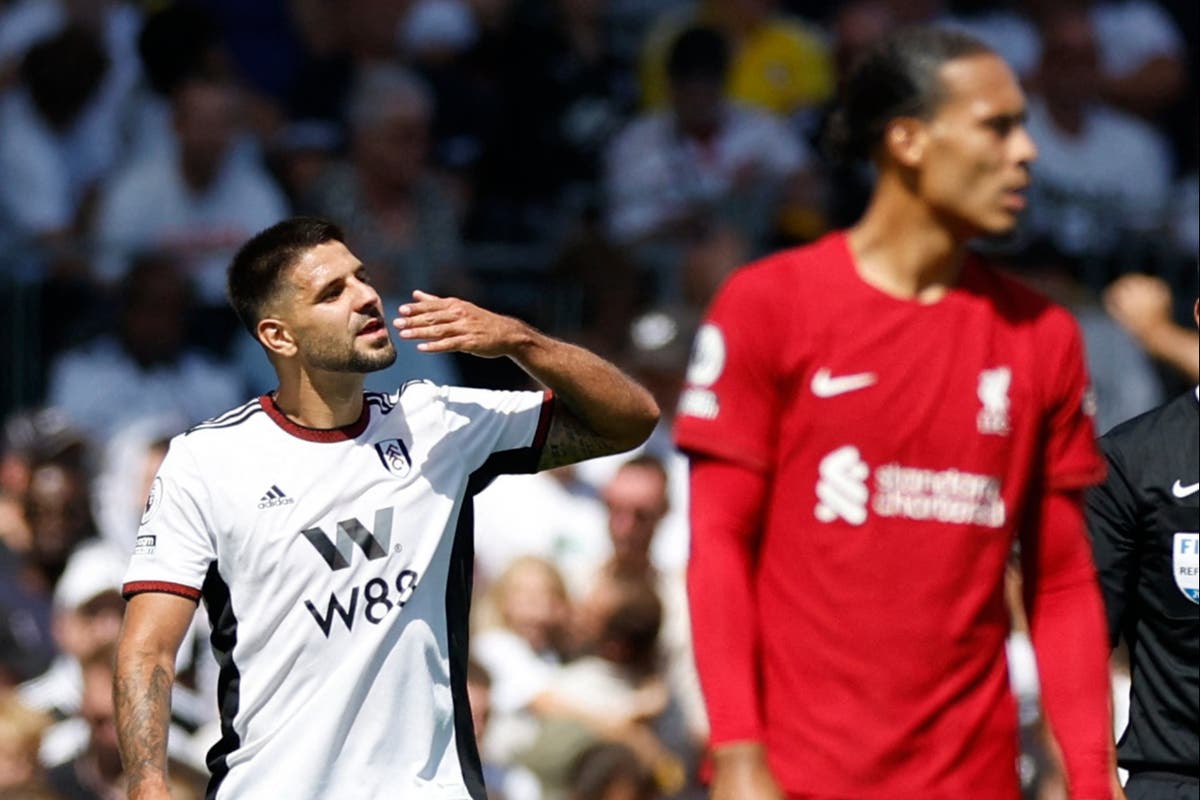 A fine first-half header was followed up by a cool penalty as the Reds twice had to fight back through Darwin Nunez and Mohamed Salah.

The home side took the lead on 32 minutes when they broke down the right, and Kenny Tete’s cross was met by the bustling Mitrovic, who out-jumped Trent Alexander-Arnold at the far post to head home.

Runners-up last term, Liverpool struggled to deal with Fulham’s physicality but their fortunes turned with the introduction of Nunez in the second half, and he levelled with a brilliant flicked finish just after the hour mark.

Despite having barely threatened after the break, Fulham were soon back in front as Mitrovic, who scored 43 goals in 44 Championship games last season, was tripped in the box by Virgil van Dijk, and the striker stepped up to stroke home the spot kick to make it 2-1.

However, Liverpool refused to capitulate and Salah put them level again, poking home from close range. Jordan Henderson almost grabbed all three points with a stoppage-time strike but his shot came back off the crossbar.