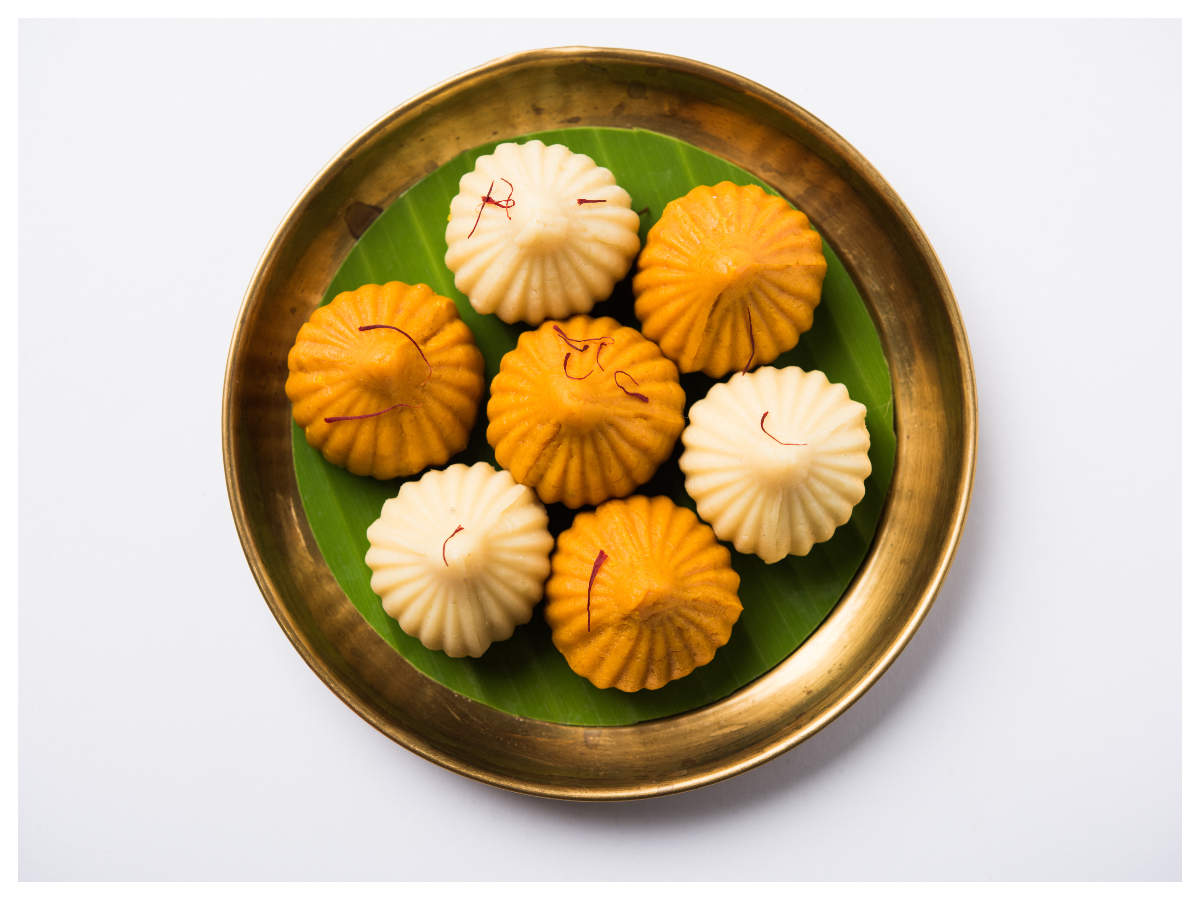 It is believed that Lord Shiva once visited Anusuya at her home in the forest along with Goddess Parvati and Lord Ganesha. Lord Ganesha was served with food first, as Anusuya said that she would serve Lord Shiva only once Ganpati’s hunger had been satiated. During the meal, she served him a single piece of sweetened food, so that he might feel full and the remaining food can be served to Lord Shiva. Lord Ganesha gave a sign of fullness with a loud burp after eating the sweet food. Interestingly, the moment Ganesh burped, Lord Shiva also burped not once but 21 times.Goddess Parvati was amazed to know this and was curious to know what the sweetened food item was that Anusuya had served Lord Ganesha. On learning, she realized that it was a modak, which she later expressed as her wish to be served to Lord Ganesha by the devotees. Since then, he has been offered modaks in different parts of the country, where local flavours are added to the delightful balls, which are either deep fried or steamed.

Focus will be on unearthing more talent like Shafali Verma: New...

How you can enhance your work from home habits, according to...

With the future of travel up in the air, should you...

ABOUT US
News7trends is your news, entertainment, music fashion website. We provide you with the latest breaking news and videos straight from the entertainment industry.
Contact us: [email protected]
FOLLOW US
© News07trends