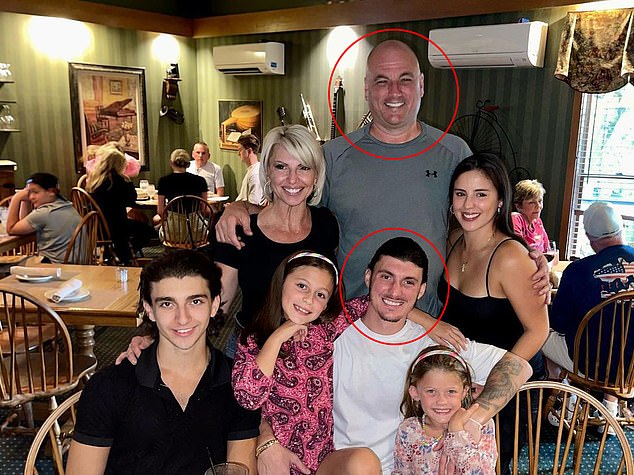 An aspiring GOP congresswoman running against Alexandria Ocasio-Cortez with attacks on the US Rep’s soft-on-crime stance has a husband and son who have both been convicted of serious crimes.

Tina Forte, 52, has blamed increasing crime rates on bail laws that New York State liberalized four years ago, saying that she will be tougher on crime than AOC.

She has even shared finger-jabbing campaign videos of herself targeting the so-called Squad member’s progressive beliefs on law and order.

But Forte makes no mention of the repeated disgrace heaped on her family by her close relatives’ grubby criminal antics.

Forte’s husband Joseph ‘Joey Snapple’ Galdieri, 55, has been in and out of jail several times.

Her son Joseph Jr, 28, has also spent time in the slammer – despite trying to avoid prison by moaning about his food allergies.

The father and son ran a huge cannabis dealing operation from the family’s beverage company in the Bronx.

A gun with its serial number filed-off was found on the same premises, even though Galdieri Sr and Jr’s prior felony convictions ban them from owning firearms.

Forte, who bills herself as a fervent Donald Trump and police supporter, has been accused in the past of using her maiden name to distance herself from her ‘crime family’, with the hashtag ‘galdiericrimefamily’ being widely used online.

Forte has bragged about growing up in the Bronx as part of her campaign to become US rep., writing on her website that she and her husband built their own beverage distribution company.

But the family’s wealth – which includes a $1 million, seven-bed home in Nanuet, New York, comes from illegally pushing drugs.

Forte’s son, Joseph Jr, 28, and her husband were involved in the center of a federal drug and gun bust in 2019 at the soda warehouse – which ended in both pleading guilty.

She has slammed AOC’s supported bail reform, telling Fox News: ‘I grew up here, I own a business here, I raised my family here. I see the difference.

‘We have the criminals that are being released immediately due to the AOC-supported bail reform.’

Tina Forte (pictured with blonde bob) has declared a war on crime in her attempt to be elected for congress in the Bronx, but did not reveal that both her husband Joseph Galdieri, 55, and son Joseph Jr, 28, are both serial criminals with federal charges against them 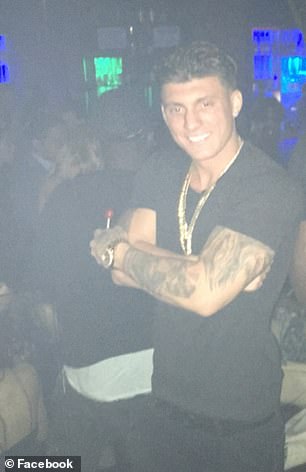 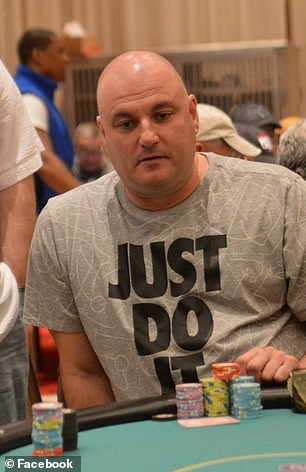 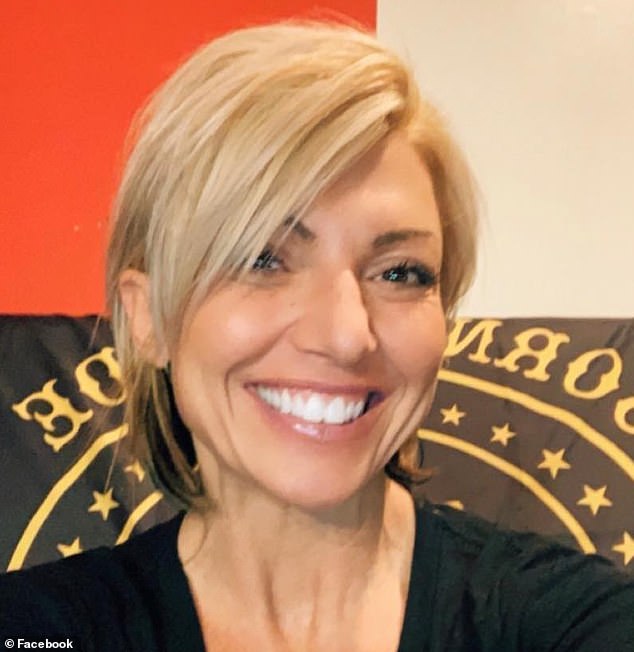 Forte also claimed that ‘crime is out of control’ in the area, in a series of interviews slamming her Democrat incumbent.

A FBI investigation found that Galderi Jr arranged the drop off of $150,000 worth of marijuana over the phone, at the same time security cameras at their business address caught his father pacing behind him.

The investigation also claims that Galderi Sr handed a co-conspirator to the drug’s charges a plastic bag full of cash, according to the Daily Beast.

He was also caught on camera opening a drawer which contained a semiautomatic pistol with its serial number illegally abraded in a drawer.

Both father and son were already convicted felons at the time of the offence, so neither could legally possess a firearm. 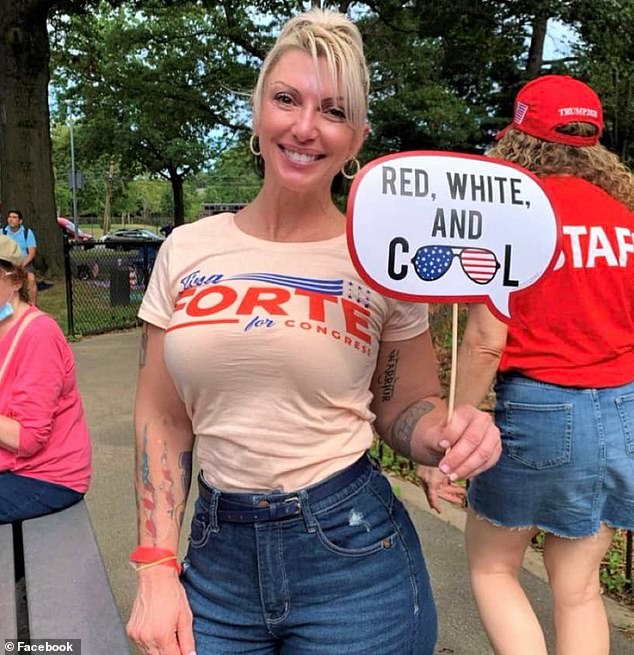 She has been accused in the past of using her maiden name to distance herself from her ‘crime family’, with the hashtag ‘galdiericrimefamily’ being widely used online 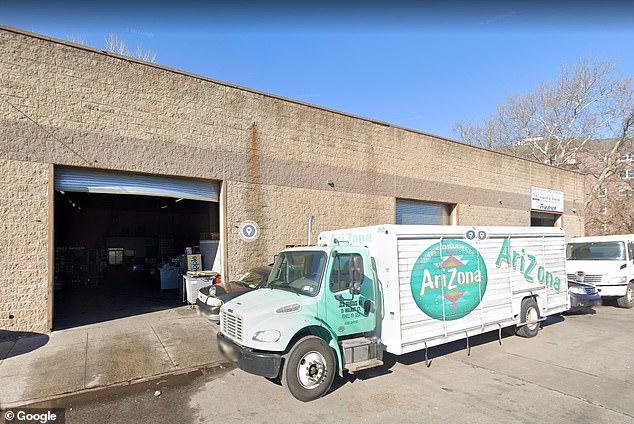 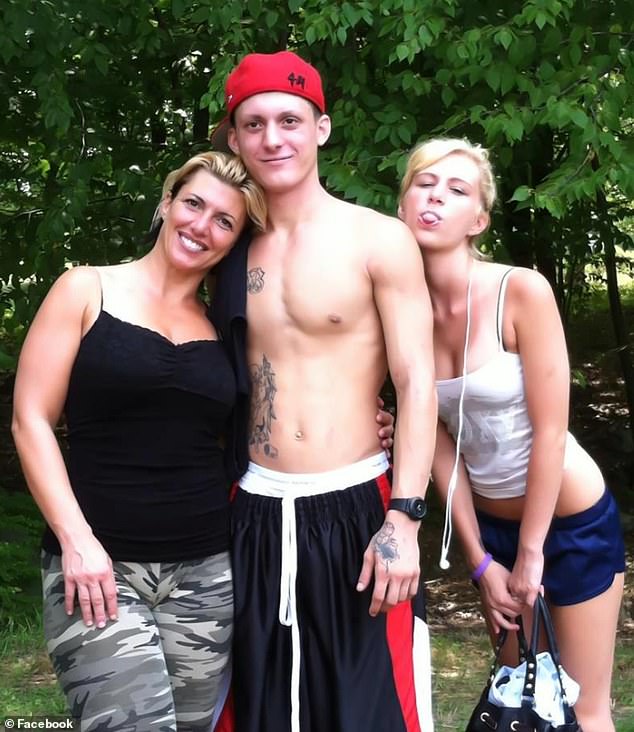 His father was handed a sentence of time served, plus two years’ probation and a $20,000 forfeiture of his criminal gains.

In June of this year Galdieri Jr attempted to get his prison time of 18 months reduced, claiming that the prisons were unable to address his ‘allergies’ and medical needs. The motion was denied in a ruling that ridiculed the veracity of his claims.

A judge also noted that he ‘persisted in criminal conduct even while on pretrial release’ by continuing to deal marijuana.

He has since been released from prison, with Forte saying in a statement that her son’s ‘mistakes better have ended or he will have more to worry about than the police.’

She added: ‘One of my three children, Joseph, made some very poor decisions. In 2019 at 25, he committed a nonviolent marijuana offense and possessed a firearm. 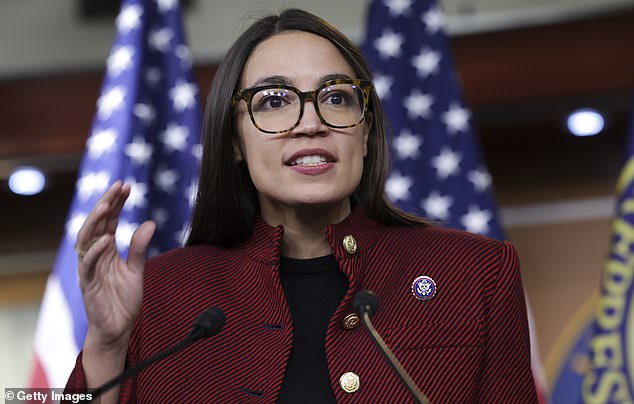 She has slammed AOC’s supported bail reform, telling Fox News: ‘I grew up here, I own a business here, I raised my family here. I see the difference’ 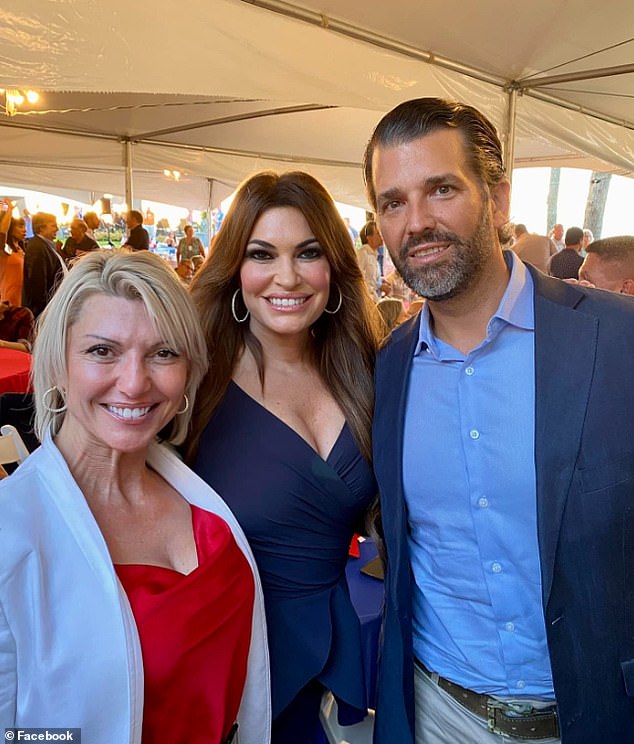 As part of her pledge to become a representative, Forte calls for ‘expunging the records of non-violent charges for marijuana possession’ 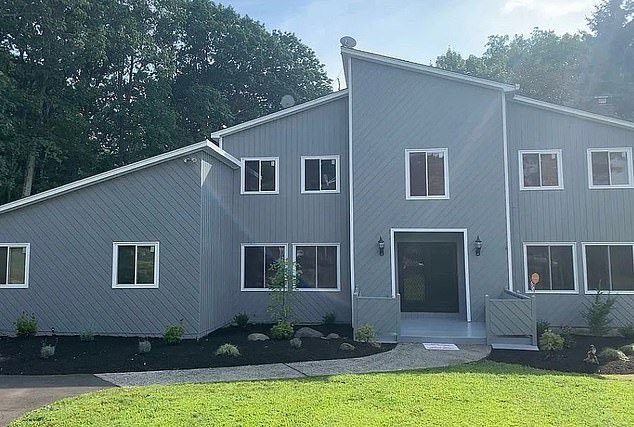 Galderi Sr was handed a sentence of time served, plus two years’ probation and a $20,000 forfeiture of his criminal gains. Pictured: The family home in Nanuet, New York

‘Joseph paid the price, in fines, attorney fees, and time behind bars. As for my husband, he was unaware of our son’s crimes.

‘He was only roped into the charges because of my son utilizing our business location for a single delivery of marijuana.

‘As a result of my son’s conduct our lives were turned upside down. My son knows he has no more chances with me.

‘This experience has given me insights to the reforms we desperately need, including decriminalization of marijuana, expungement of marijuana violations, and restoring rights for nonviolent offenders.’

Forte only made the statement when contacted by the Daily Beast, who’d exposed her family’s crime-soaked past.

As part of her pledge to become a representative, Forte calls for ‘expunging the records of non-violent charges for marijuana possession’.

New York legalized recreational cannabis use in 2021, but it still does not allow unlicensed sale of the drug.

Her website does not comment on federal gun charges or violent offences like her sons 2013’ assault charge, and her son’s prior convictions involve drugs other than marijuana.