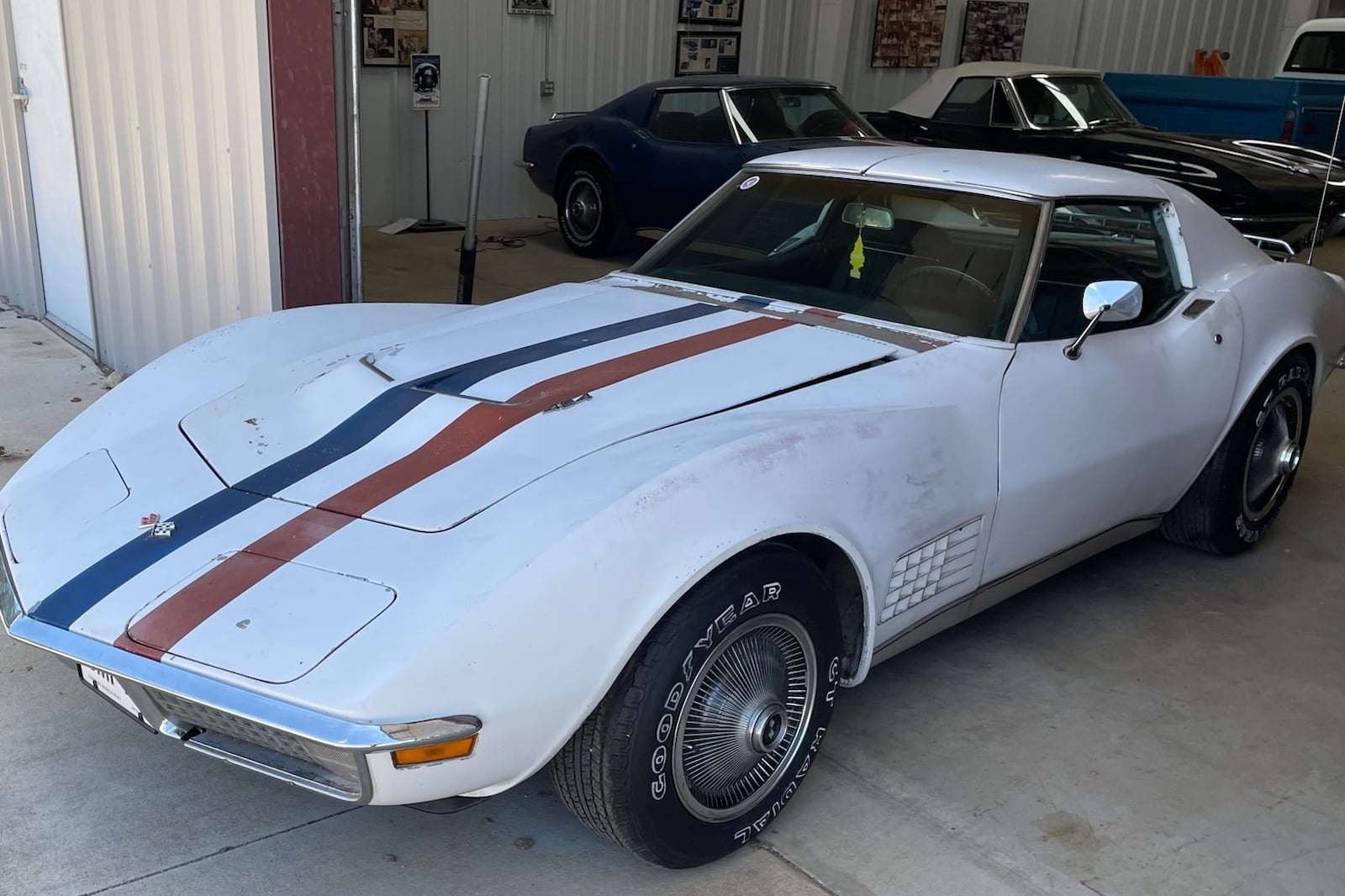 The project has only just kicked off, largely because the car was not in the Worden family’s possession for many years. Originally, GM leased these cars to the crewmen for only one dollar. But, at the end of the year-long lease, the astronauts had to return them. For a variety of reasons, some were sold off to new owners, including this white one. The other two were painted red and blue with similar stripe motifs, intended to recall the American flag colors.

The owner of the white car was a collector of these astronaut Corvettes, of which there have been several. That collector also owned an Apollo 12 astronaut’s ‘Vette, in addition to the blue one pictured above. Worden-Penzcak reached out to him two years ago while visiting his parents. A meeting was set up, and eventually, the previous owner told Worden-Penzcak he could be the “heir to the ‘Vette.”

Restoration will be a long and harrowing road, according to Worden-Penczak and Luna Replicas founder Max Kaiserman. Unfortunately, the car spent years living out its life in a field, slowly returning to the earth. “In its current condition, it will continue to deteriorate,” Kaiserman said. “It is not only the consumables – the rubber goods, seals, and gaskets – that need to be replaced, but we are also looking at some fiberglass and paint damage because it sat outside for so long.”