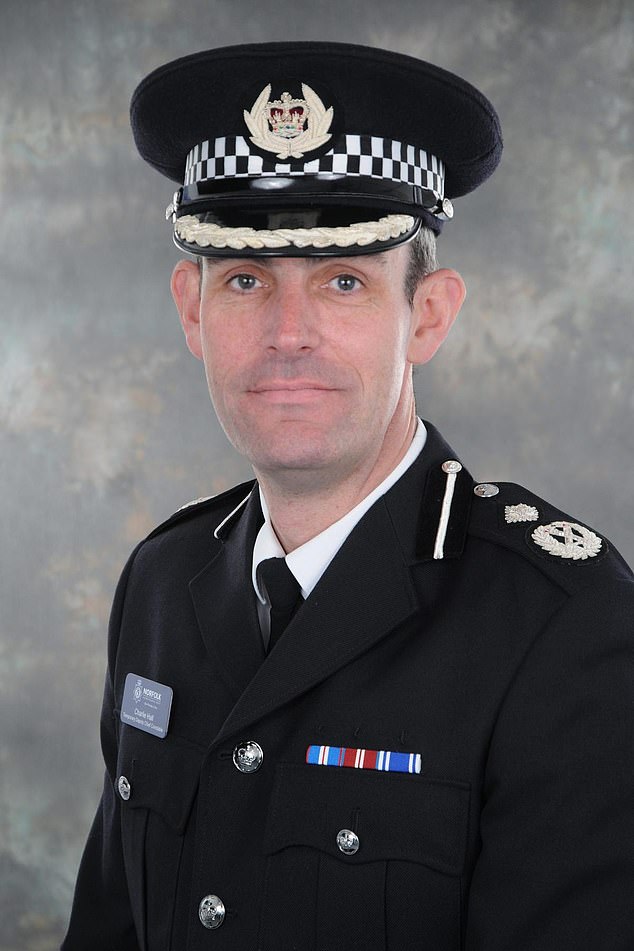 By Oliver Price For Mailonline

The constables’ chat group – named ‘Danny’s got a sore vagina’ – saw sexist and racist terms used over a two-year period.

PCs Charles Phipps and Robert Goldstone, of Hertfordshire Police, were both found for gross misconduct and barred from policing in the UK.

A third officer, PC Mark Williams, was separately sacked without notice for sharing jokes about being ‘out raping’ on a WhatsApp group with colleagues.

Chief constable Charlie Hall (pictured) condemned the WhatsApp messages sent by three of his officers, which included bestiality pornography as well as homophobic and racist slurs such as f****t and n***a. He said that the sexist comments shared by the officers including references to being ‘out raping’ would undermine the force in the wake of the rape and murder of Sarah Everard at the hands of Met Police officer Wayne Couzens

Phipps shared gruesome content including an image of a man inserting his penis into a cow’s mouth, a misconduct hearing found.

The officer, who in 2013 trained to become a Lesbian and Gay Liaison Officer, also used offensive terms including the homophobic slur ‘bumchums’, as well as ‘nonce’, ‘J**’ and ‘sheikhs’.

A newly published misconduct document from the hearing on May 31 states that the officers’ behaviour ‘would significantly risk undermining public confidence in policing’ if it were made public.

Charlie Hall, chief constable of Hertfordshire Police, added: [The] messaging also includes misogynistic comments and a failure to challenge similar comments by others.

‘These are of national concern presently, especially since the murder of Sarah Everard by a serving police officer.’

Phipps resigned from the force in November 2021 and Goldstone left in February 2022 but both would have been dismissed without notice, according to the misconduct document. 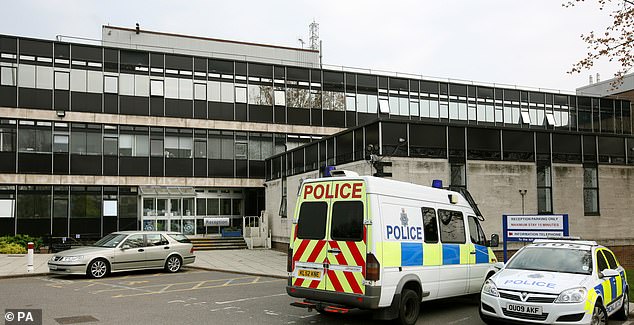 Three Hertfordshire Police officers were members barred for sending vile messages over WhatsApp. PCs Charles Phipps, Robert Goldstone and Mark Williams have now all been banned from serving in the police.  Pictured: The headquarters of Hertfordshire Police in Welwyn Garden City

Chief constable Charlie Hall said in a misconduct hearing document: ‘His messaging also includes misogynistic comments, most notably an appalling comment about being out raping.’

He added: ‘I have considered lesser sanctions first, but in this case believe that these would be insufficient and leave me unable to justify why I can have complete confidence that an officer who has repeatedly used such discriminatory words can be trusted to act fairly and impartially with all sections of the public.

‘This would not only damage his ability to police effectively, but also have a consequential effect on confidence in the Constabulary as a whole.’

Williams was dismissed without notice and barred from policing.