Home > US > Local > How faith-based vacations nurture body and soul 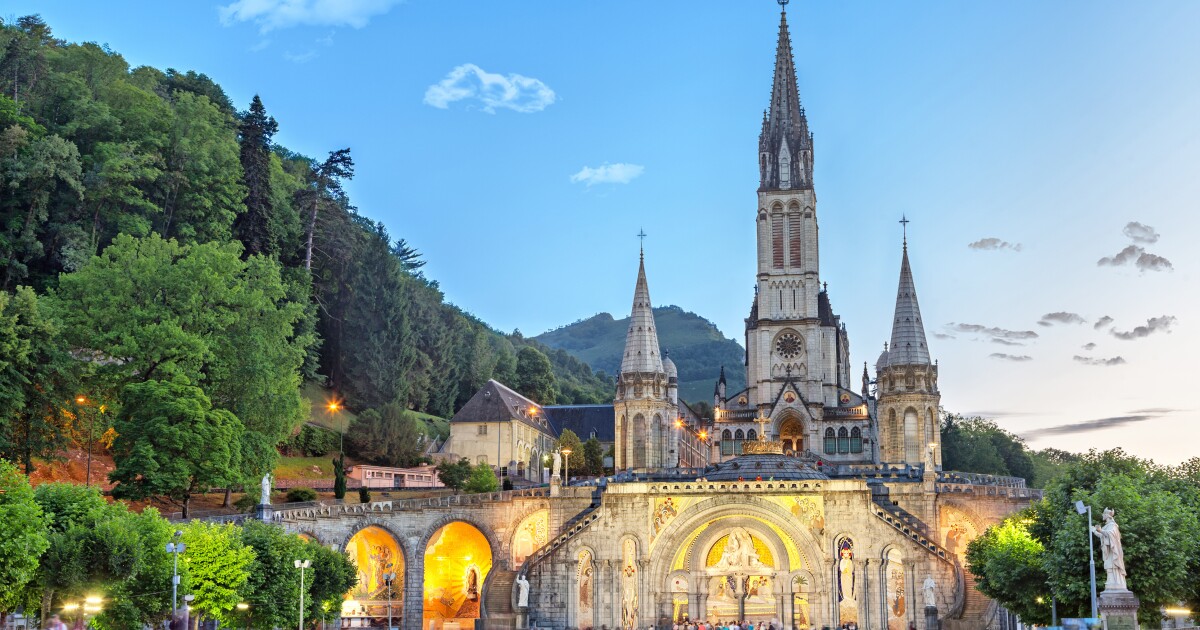 Summer vacations — local, throughout the U.S. and farther afield — offer families opportunities to relax and unplug. But some vacations also give people a chance to deepen their religious faith and nurture their spiritual lives while getting away from it all. From pilgrimages to service vacations and every kind of travel in between, there are faith-related vacations to suit every spiritual practice, family and financial situation.

It goes without saying that families of all faiths can find spiritual refreshment in many national parks, such as Yosemite and Yellowstone, and in such green, quiet, and majestic spots as Muir Woods in the Bay Area and in starker but striking desert landscapes like Zion and Bryce parks. Local beaches and the sandy, rocky and often-majestic coastline from San Diego to Canada offer retreats from the everyday. Many naturally beautiful areas exist both locally and statewide, offering family activities like hiking, fishing and camping, as well as spiritual renewal in nature.

For a more exotic vacation, Muslim families might consider traveling to the Maldives, consisting of about 1,190 Indian Ocean islands featuring palm tree-studded beaches and pure white sands. Islam is the islands’ official state religion, and families can enjoy halal-friendly holidays that fit nearly every travel budget and include snorkeling, diving, swimming and sunning.

Another sunny overseas Muslim family destination is Malaysia, where Muslims make up 60 percent of the population. The Malay, Indian and Chinese inhabitants contribute to the melting-pot food, cultural and tourism attractions in a country voted one of the best Muslim tourist destinations in a report published by MasterCard and Islamic travel specialist CrescentRating.

Catholic families desiring pilgrimages can book with Catholiccruisesandtours.com, which offers cruise packages to the Holy Land, Fatima, Lourdes and Italy, as well as tours of the Camino de Santiago. Dynamic Catholic also offers several pilgrimages, including ones to Medjugorje and Poland, among others.

Other vacations offer unique family volunteer experiences either in the states or abroad. At Bethlehem Farm in Talcott, W.Va., for example, families spend the week serving in the local community, learning about sustainable living and in reflective prayer.

Discover Corps offers service vacations to the Galapagos, where families help at a tortoise reserve; Costa Rica, where they can assist endangered sea turtles; and Kenya, where they can lend a hand to conservationists scouting for lions, cheetah and elephants.

Here in California, the 21 missions form a continuous line from San Diego to Sonoma, with some missions little more than ruins and others extensively restored. The California Mission Walk is an 800-mile route that roughly follows El Camino Real, the trail that once connected the missions statewide. At 206tours.com, you can find guided pilgrimage tours to the missions.

For families wishing to travel outside the United States, Globusfaith.com offers a number of religious vacations, including pilgrimages to Germany, France, Spain and Portugal, Italy and the Holy Land.

Muslim families might consider a visit to the International Museum of Muslim Cultures in Jackson, Miss.; America’s Islamic Heritage Museum in Washington, D.C.; or the National Museum of African American History and Culture, a Smithsonian museum that has a number of sections that feature Muslim artifacts and African Muslims in Early America.

This summer, Germany’s Oberammergau Passion Play will be performed just as it is every 10 years. Since 1634, hundreds of thousands of people have flocked to Oberammergau to see the world’s most famous Passion play; several companies offer tours to see more than 2,000 people take the open-air stage.

Stateside, historic Philadelphia offers Jewish families the opportunity to connect with our country’s rich history with a visit to the Liberty Bell and Independence Hall, where the Declaration of Independence and Constitution were signed, as well as the colonial-era roots of Congregation Mikveh Israel, the city’s first Jewish congregation founded in 1745.

Jewish families also may want to consider visiting Denver, with a rich Old West history, a mile-high elevation, and more than 100 parks. Colorado’s Jewish history began when migrants came to the state in 1859 seeking religious freedom and economic opportunity. Today, there are more than 10 synagogues in Denver, in addition to many kosher restaurants and shops.

Christian families have several extraordinary vacation spots to choose from stateside, including The Ark Encounter in Williamstown, Ky., the Creation Museum in nearby Petersburg, Ky., and the Holy Land Experience in Orlando, Fla.

The Ark Encounter features a full-size Noah’s Ark, built according to the dimensions given in the Bible, measuring 510 feet long, 85 feet wide, and 51 feet high. Exhibits inside the Ark Encounter show what life was like for Noah and his family. The Christian theme park also includes a zoo, zip lines, fine dining and more.

Another Christian family vacation spot is the Creation Museum, a sister location of the Ark Encounter, located nearby. The Bible-themed museum allows visitors to venture through biblical history as well as visit the botanical gardens, a planetarium, zoo and zipline course.

The Holy Land Experience in Orlando describes itself as “a living, biblical museum and park that brings the world of the Bible to life.” It includes exhibits, live shows and mini golf, rock climbing and other activities for kids.

Just north of San Diego, in Orange County, two newly created monuments beg families, particularly Catholics, to visit: The shrine to Our Lady of La Vang — on the grounds of Christ Cathedral at the Diocese of Orange headquarters in Garden Grove — is dedicated to an apparition dear to the hearts of Vietnamese and Vietnamese Americans alike. And St. Michael’s Abbey in Silverado Canyon is an impressive working abbey featuring original artwork in a vast complex designed to both emulate European cathedrals and blend into the rustic hills east of Orange.

A number of Catholic vacation spots beckon to families from throughout the United States. Catholic-link.org offers a guide to 11 of the best U.S. destinations for Catholic families, including St. Patrick’s Cathedral in New York City to St. John Paul II National Shrine in Washington, D.C., and the Basilica of the National Shrine of the Immaculate Conception, also in the nation’s capital. Other sites of interest are the National Center for Padre Pio in Barto, Penn., and the National Shrine of the Cross in the Woods in Gaylord, Mich., where you can see a cross that is 28 feet tall and weighs seven tons.

At the Sisters of Providence motherhouse at St. Mary-of-the-Woods in Indiana, there’s a shrine to recent saint Mother Theodore Guerin, who founded the sisters, and opportunities for guided and self-guided tours, spiritual retreats, and Taize prayer.

Wherever families choose to visit for summer vacations, there’s a local church, synagogue or mosque to explore nearby.

Douglas is a freelance writer.