How Ford and Volkswagen Could Keep the Good Times Rolling 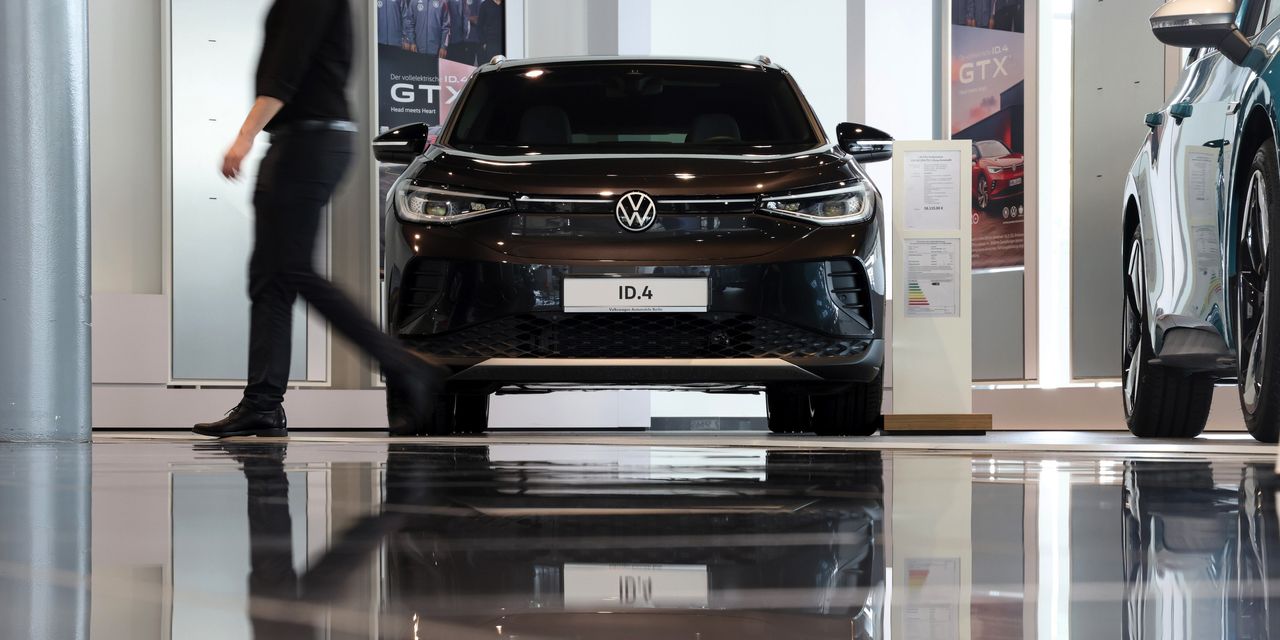 Profit upgrades are coming thick and fast from car manufacturers, even as they talk of little else but reinventing the wheel.

have all published strong quarterly earnings and upped their full-year forecasts over the past two days. The common theme, which is likely to run through reports from GM and Stellantis next week, has been unusually high margins due to inflation in vehicle prices and a profitable mix of sales. The continuing semiconductor shortage has restricted the usual competition between dealers and forced manufacturers to prioritize more profitable models.

The obvious question for investors is whether these conditions—benign for manufacturers, less so for consumers—can last. The simple answer is almost certainly no, but there are elements car makers might be able to hold on to as they rethink their relationship with consumers.

Both Ford and Volkswagen made reassuring noises about retaining pricing discipline even after the scarcity of microchips, and hence cars, eases. But this is easier said than done. The industry has historically suffered from spare factory capacity that manufacturers have every incentive to fill. The result is typically excessive inventories, whether on dealer lots (for U.S. car makers) or on company balance sheets (for German ones) that make it hard to resist discounting.

Spare capacity is likely to get worse as manufacturers spend billions of dollars on ramping up output of electric vehicles. Some are starting to talk about winding down their gas-engine assets, but nobody knows how fast consumers will embrace EVs. Flexibility will be needed, which implies excess production capacity in one technology or the other. Maintaining pricing discipline in such an environment seems like a fantasy.

The good news for investors—potentially—is that this hardware-focused view of the auto industry is no longer the full picture. Ford and Volkswagen both have unveiled strategies in recent months focused squarely on using over-the-air vehicle updates to develop a closer bond with their customers and sell them software-based services.

The companies this week reported further steps toward building direct relationships with consumers. Ford said it had a ballooning “order bank” with buyers that it hoped would replace an element of the traditional dealer-based sales model. Volkswagen announced the acquisition, alongside financial partners, of Europcar, a Paris-listed car-rental company that it wants partly for its touchpoints with different kinds of consumers. The agreed deal gave the target an enterprise value of 2.9 billion euros, equivalent to $3.4 billion.

Investors have bid up traditional car stocks this year, partly because they are seen as beneficiaries of inflation and partly because EVs such as Ford’s Mustang Mach-E and Volkswagen’s ID.4 have gained traction with consumers—though both still massively lag behind Tesla’s equivalents in sales leagues. To build on their current valuations, Ford and VW need to continue to narrow the EV sales gap with Tesla, while also developing credible software businesses that give them a new kind of pricing power.

The current surge in vehicle prices won’t last. If car manufacturers can walk their strategic talk, though, they just might find ways to replace it.

‘Elvis was like God’ said McCartney when The Beatles met The...