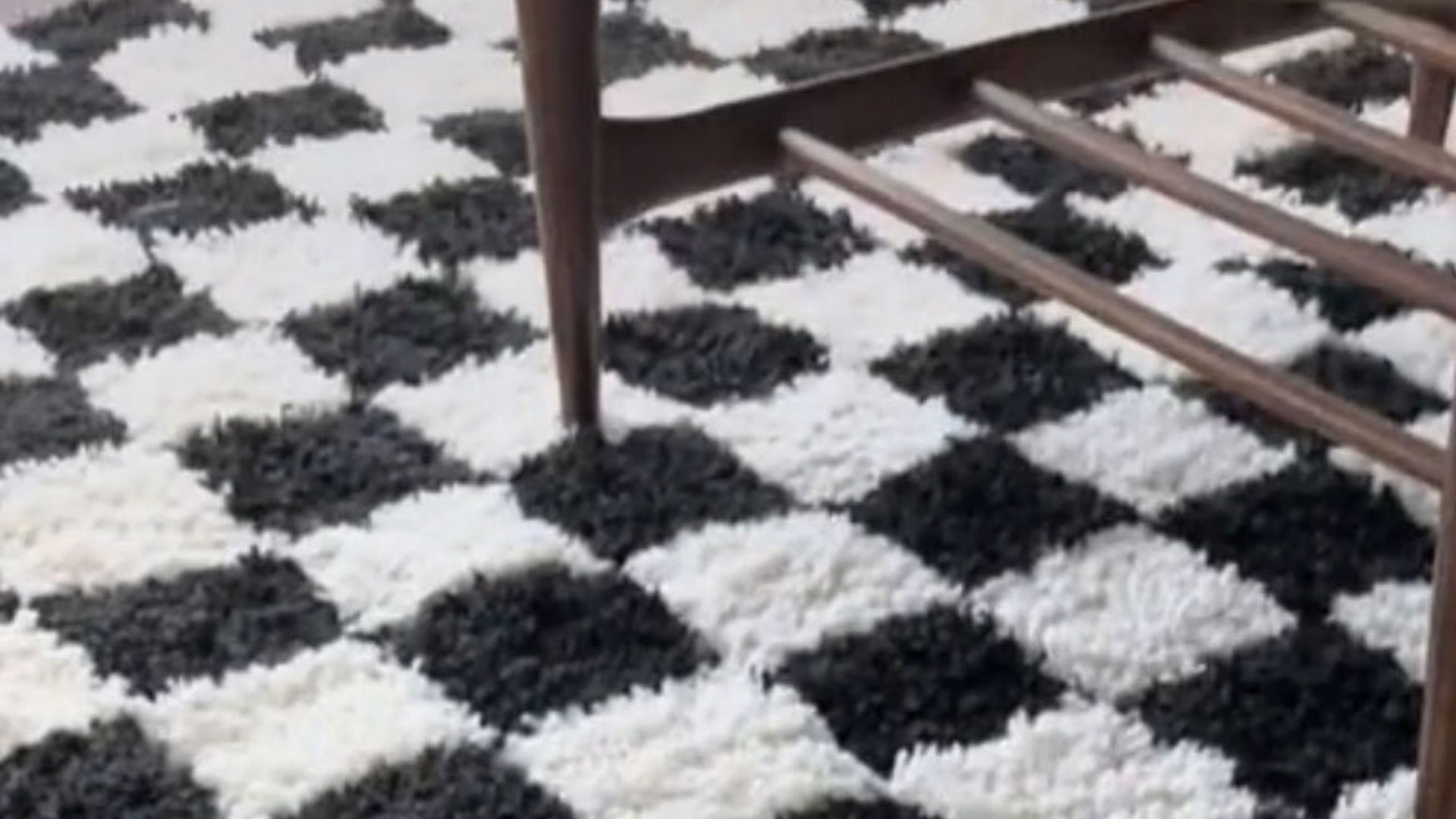 A COZY rug is a home staple, but sometimes these defining pieces can run on the pricier side.

Thrifty DIY expert Hailey Cearbaugh detailed how she crafted the checkered designer rug of her dreams, minus the cost.

The first thing Cearbaugh did was make a grid to help her map out the designer dupe rug and make it become a reality.

She used two separate five feet by seven feet shag rugs from Walmart in the colors black and white to get the job done.

With a scissor in hand, the woman cut multiple small squares from each rug and arranged them accordingly to achieve the checkered pattern.

This was achieved by making a five-inch by five-inch template to trace the squares.

After all the square pieces were set, Cearbaugh duct-taped them together to ensure that the rug was secure.

Finally, she vacuumed the retro-looking creation, and it was good to go.

With the help of her boyfriend, Cearbaugh said the entire process took four hours, and she spent $90 in total.

This was a steal compared to similar designer rugs like the Walker Performance Navy/White Shag Rug from All Modern which retails at $185, or the Checkerboard Shaggy Rug sold by Urban Outfitters for $199.

People in the comments section were in awe at Cearbaugh’s DIY, many grateful for the dupe.

“Okay but why did it turn out THAT good,” one person wrote.

“The duck tape is sending me but this looks great,” added another.

“Ok. That came out AMAZING! I may need to try this someday,” a third mentioned.

“I had my doubts but wow,” said another taken aback user.

An additional user who was initially doubtful said: “At first I was like hell no, but the finished product is chef’s kiss.”

“Whattttt this is AWESOME! So good,” a final enthused person commented.