In a Town Crippled by Grief, the Healing Power of a Perfect Pitch 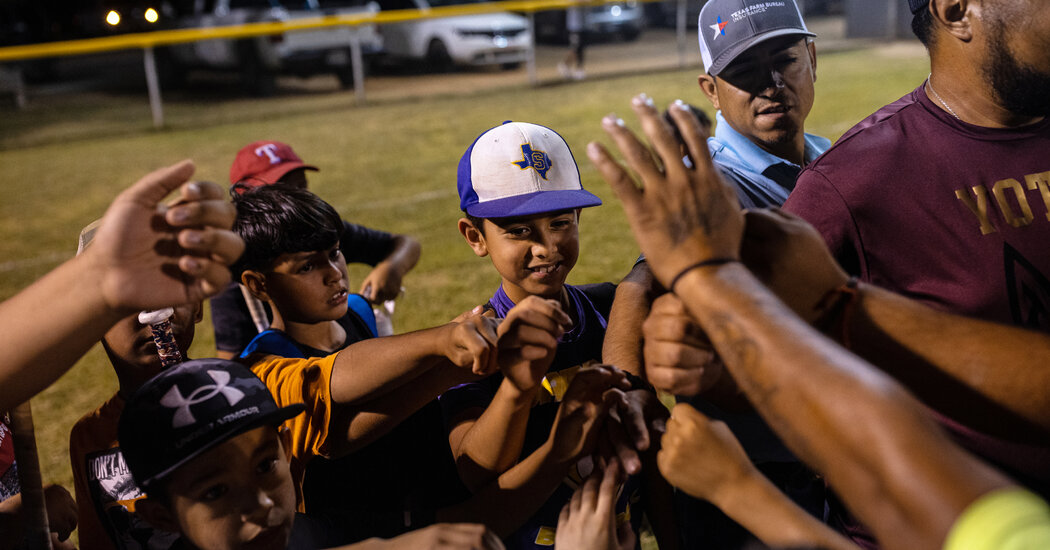 Leticia Rodriguez, 61, cracked a bittersweet smile, watching children and their parents form a long line to savor the fajitas she was cooking next to the concession stand.

“In a small town like this, there is not much to do. All we got is baseball,” said Ms. Rodriguez, whose 18 grandchildren have all played in the Uvalde Little League. “We had to come back for the children. We had to.”

The summer tournament almost did not happen. Although Uvalde had been chosen this spring to host the regional tournament, the May 24 shooting prompted the Uvalde Little League, which sponsors more than 620 children ages 4 to 15, to consider ceding the hosting privileges to another town.

But Matthew Hughes, a league board member whose daughter plays, said almost everyone they talked to, including parents of the fallen team players, agreed to go forward.

“I reached out to a couple of counselors in town and asked them, ‘What do you think?’ They said that part of the healing process is getting people back to the level of continuity, a level of regularity as quickly as possible,” Mr. Hughes said. “In my mind, we are putting on this tournament for all of them.”

Last week, Mr. Suarez, who has been part of the league for two decades, helped place the portraits of the six fallen players on the wall of a dugout, each posing in a Little League uniform with a bat, forever 10 years old: Xavier Lopez, Tess Mata, Eliahna Torres, Alexandria Rubio, Jose Flores Jr. and Makenna Elrod. When Mr. Suarez got to the last one, he found himself with tears streaming down his face.