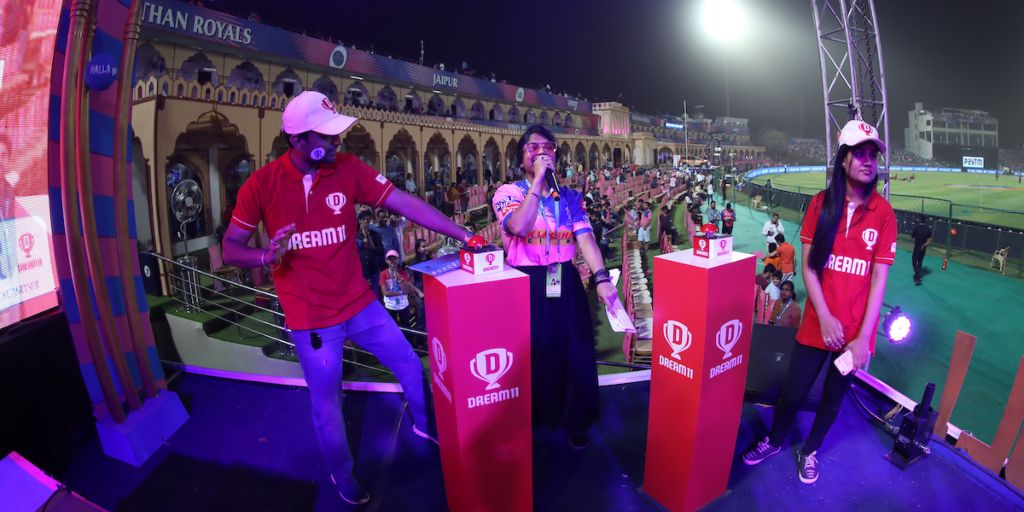 The Indian Premier League (IPL) 2020 title sponsor slot which had been laying vacant since 6 August was filled up last evening after fantasy gaming platform Dream11 won the rights for the upcoming edition of the world’s most famous T20 League for an amount of Rs 222 crore.

One would hope it would bring an end to the controversy surrounding the IPL title sponsor which erupted in the backdrop of the Galwan Valley clash, with China’s Vivo holding the rights. But, will it?

Just as Vivo is a China-based mobile phone manufacturer, Dream11 is backed by Chinese company Tencent. The removal of Vivo and its replacement by Dream11 is being portrayed as an act of respecting public sentiment. But a closer look at these activities make it clear that this has been nothing but a pure business move.

China’s Tencent is one of the investors in Dream11. Image: Screenshot from Dream11’s website

Cricket is not merely a sport in India. It often becomes the focal point when the nation is involved in a clash with any of its neighbours. Vivo being IPL’s title sponsor became a burning topic after the border skirmish in June between India and China in eastern Ladakh region, which resulted in 20 Indian soldiers losing their lives.

A direct fallout of the border tussle was Board of Control for Cricket in India (BCCI) deciding to review its various sponsorship deals for IPL 2020, which has been delayed due to the coronavirus pandemic.

Taking note of the border skirmish that resulted in the martyrdom of our brave jawans, the IPL Governing Council has convened a meeting next week to review IPL’s various sponsorship deals ????

The decision to let go of Vivo, however, was never going to be easy. The Chinese mobile phone makers acquired the title sponsorship rights for IPL in 2018 for a whopping Rs 2,199 crore for a period of five years. BCCI was earmarked to make Rs 439.80 crore every year from Vivo.

Naturally, understanding the economics, IPL Governing Council in its meeting on 2 August decided to retain Vivo as the main sponsor. Its decision led to further outrage. The Confederation of All India Traders (CAIT) and Swadeshi Jagran Manch, an affiliate of the Rashtriya Swayamsevak Sangh (RSS), termed the decision as “insensitive” and threatened to boycott the tournament. Eventually on 6 August, with a single-line media release, BCCI informed that Vivo and the board have decided to suspend their partnership for 2020.

The media reports claimed Vivo and BCCI decided to amicably part ways keeping the anti-China sentiment in mind. Vivo pull out of IPL 2020 due to “India-China standoff” has been the common theme of the stories around the topic, though BCCI has never officially said that the decision was a result of the growing public pressure.

This should not make us overlook the fact that Dream11 has a Chinese investor behind it. It has been reported that China’s Tencent invested $100 million in the fantasy sports platform in 2018 (Rs 720 crore according to exchange rate of the time). That’s a significant amount of money and it ensures that the Chinese shadow continues to hang over the IPL title sponsor. If Dream11 had failed to grab the rights, Byju’s with Rs 201 crore was the second-highest bidder and they also have a significant Chinese investment. Another BCCI sponsor, Paytm, also has investment from the neighbouring country.

A BCCI source speaking to PTI made light of the matter, claiming the Tencent only owns a minority stake in Dream11.

“Dream11 stakeholders, including its founders plus all 400 plus employees, are Indian,” the BCCI source said. “Their Indian investors are Kalaari Capital and Multiples Equity. Even Dream11’s product is available exclusively for use only by Indians. Only a single-digit percentage minority stake is held by Tencent.”

Here, it’s important to note that Vivo was also an Indian subsidiary of the Chinese company which claims to have invested Rs 7,500 crore in India and make all devices locally that are sold in India. It has also created thousands of jobs. If Dream11 works then Vivo was clearly a better option.

Mainly, it debunks the myth that public sentiment led to change in title sponsor of the T20 league and shows that practical business and legal reasons is what forced BCCI and Vivo to suspend their partnership for 2020.

What gives further weight to the argument is a report in The New Indian Express,  published a day before BCCI and Vivo suspended their deal. It was reported that Vivo was looking to renegotiate the sponsorship deal as it would not have been possible to pay Rs 439.80 crore due to the worsening economic conditions as a result of the COVID-19 pandemic.

After failing to reach a conclusion, Vivo decided to activate the ‘force majeure’ clause, an option to be set free of the obligations in unforeseeable circumstances. Vivo’s inability to pay the huge amount as the sponsorship money is also somewhat proven by the fact that Dream11 acquired the right for just Rs 222 crore, almost half of what Vivo was expected to pay. Dream11 has been associated with IPL since 2019. Image: Sportzpics

Sports lawyer Nandan Kamath while speaking to The Indian Express explained that it has to be impossible to deliver as promised to apply ‘force majeure’ and a mere inconvenience won’t suffice. He further explained, “the material shift in timelines and location (of IPL) caused by the pandemic could be viewed as a force majeure event” and not public sentiment against Chinese companies. This indicates that the fact that IPL had to be shifted from March-May window to 19 September to 10 November to UAE could have played a major role in Vivo pulling out.

Dream11’s elevation from one of the main sponsors for IPL to being the title sponsor also raises an awkward question for BCCI. And that pertains to Dream11’s involvement in the fake T20 league which was held in Punjab in June but was live-streamed as a tournament in Sri Lanka.

BCCI’s anti-corruption unit had last month asked the Punjab police to look into the role of Dream11 and FanCode, the streaming partner of the ‘fake’ league, as part of its investigation. Both the digital platforms are part of Dream Sports group. It was reported that kits used by players in the tournament had Dream11 logo.

The reduced title sponsorship revenue also means that the earnings of Indian franchises would take a hit this season. Despite Dream11 stepping up as title sponsor, Vivo’s exit would affect the IPL balance sheet. More clarity on the Dream11 deal and other sponsorship arrangements for upcoming season should give us an idea of what sort of income can be expected from sponsors.

The narrative around Dream11 replacing Vivo as IPL title sponsor may have a patriotic tune to it but the truth under the surface appears to be driven only by business calculations. The fantasy gaming platform’s alleged links with a fake T20 leagues also makes the decision look awkward for BCCI.

Celebrity Vetting and ‘Helping the President’ to Defeat Coronavirus Despair

Suriya on NEET: It brings so much pain when students are...

Retail Inflation Rises To Highest In 8 Months As Food Prices...