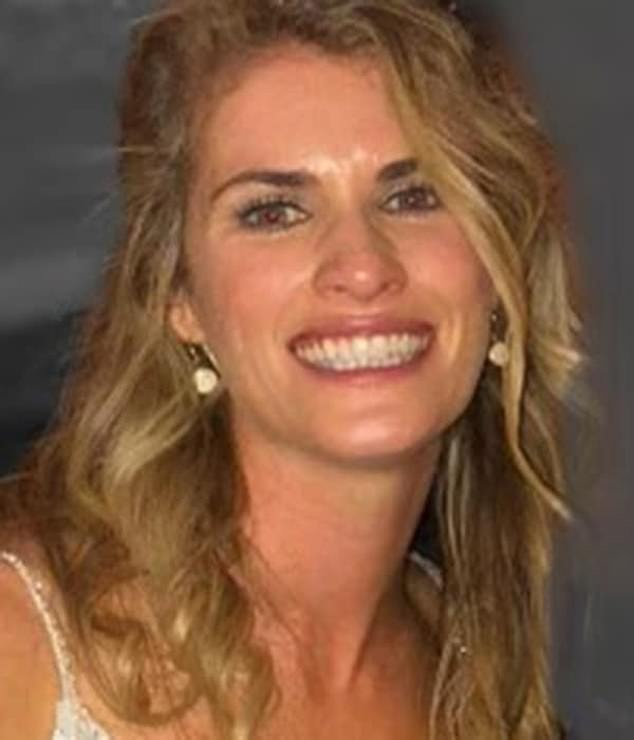 An Irish hospital trust has suspended home births following the death of a woman who died after developing life threatening complications while giving birth to her first child.

Laura Liston, a probation officer from Co Sligo in her 30s, who was described as ‘gentle and caring’ by a former schoolmate, was giving birth to her son Shay, at home in Croom on June 5.

According to reports, Laura was rushed to University Hospital Limerick after developing complications during labour, where she was pronounced dead.

The UL Hospitals Group, which released a statement on Friday, said home births have been temporarily suspended, pending an HSE review of the tragedy.

During Laura’s funeral on June 10, her husband Fergal thanked all attendees for their support, sharing a message on the funeral service booklet, which also featured an image of baby Shay.

The message said: ‘Fergal and Shay together with the Liston and Mannion families wish to thank everyone who attended Mass today and for all the kind expressions of sympathy and support received at this very sad time.’

Speaking a week later, Father Richard Davern, who officiated the funeral mass, described Laura’s death as ‘the most tragic case [he has] ever witnessed in [his]  ministry or ever dealt with’.

He added: ‘I just hope to God that the family will find strength. 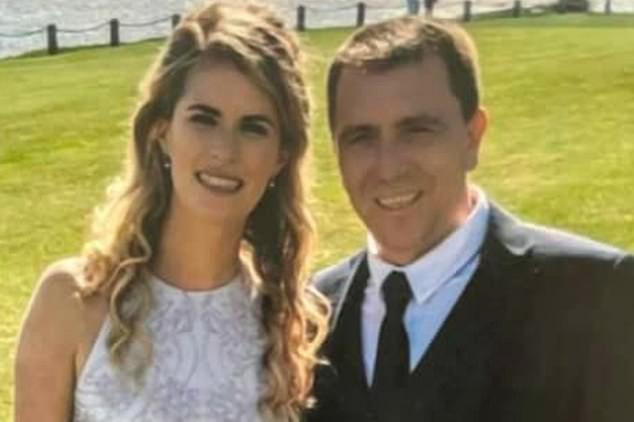 Laura, pictured here with her husband Fergal, was described as ‘gentle, kind and caring to all’ by a former schoolmate

‘They have great hope with the little boy, indeed he has given them great hope and something to focus on at this awful time.

‘I suppose it is ironic that the weakest one, a little baby, is actually going to be the strongest bind that keeps the family together and keep them motivated, it’s sad beyond words, God love them.’

An online condolences book was signed by a number of Laura’s friends.

Former classmate Jillian Halpin, who attended Crescent College Comprehensive, Limerick, wrote: ‘I am shocked and so saddened to hear of Laura’s passing. I have such lovely memories with Laura during our time in secondary school. She was gentle, kind and caring to all. My sympathies to both the Liston and Mannion families. Ar dheis Dé go raibh a hanam. 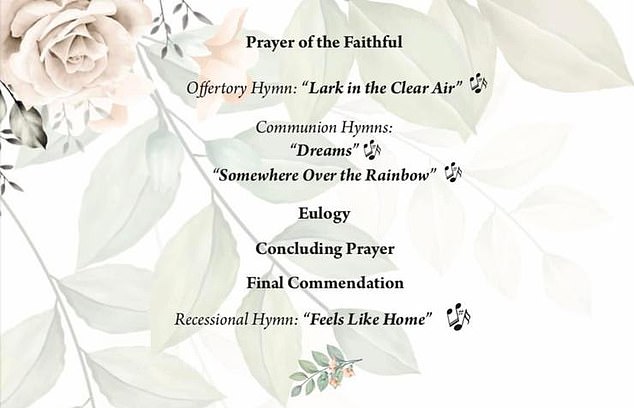 Laura’s husband Fergal thanked everyone who attended Laura’s funeral mass earlier this month in the funeral service booklet, in which he shared an image of baby Shay

Meanwhile former colleague  Breffni Coffey wrote: ‘I worked with Laura in Tusla. She was an amazing colleague, hard working, always had your back and always such great fun to be around.’

Is it safe to give birth at home?

Expectant mothers can choose whether to give birth in hospital or at home.

The vast majority of mothers opt to have their babies on maternity wards, but an increasing number are choosing home births.

Stillbirth charity Tommy’s says that if a mother has had a child before and the pregnancy is low risk, then giving birth at home is ‘generally a safe and suitable option’.

They said this was because a mother was less likely to need interventions.

And the chance of having a baby with serious medical problems are not affected by where you plan to give birth.

They added there were also practical advantages to giving birth at home, such as more comfortable surroundings.

Mothers should not have a home birth, they said, if they have medical conditions, have had previous problems with pregnancy, developed complications during pregnancy, or are expecting more than one baby.

UL Hospitals Group’s statement, which did not name Laura, said: ‘We can confirm that we have temporarily suspended the home birth service in the Mid-West following a recent maternal death.

‘The staff of UL Hospitals Group and of the home birth service would like to extend profound sympathies to the family involved on their devastating loss.

‘We have commissioned an external review of the home birth service in the Mid-West.

‘A group of external experts, including those with midwifery and obstetrics expertise, is being assembled to conduct the review; looking at patient safety, clinical governance and any other issues arising.’

According to a hospital spokesperson, it has contacted women who were due to have a home birth in the coming months to discuss their care.

They added that there were 4,294 births at the hospital last year.

Meanwhile, there were around 650 home births nationally in the same time period.

Laura is survived by her son Shay, as well as husband Fergal, her siblings Jenifer, Sarah, John-Robert, and her parents Fiona and John.