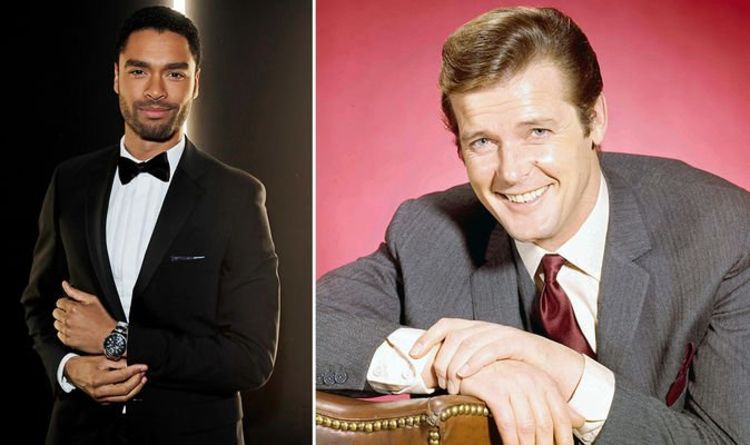 Ever since he shot to fame as the Duke of Hastings in Netflix’s Bridgerton, Regé-Jean Page has been a hot favourite at the bookies to be the next James Bond. And while the 31-year-old denies there’s anything to the rumours right now, he’s certainly getting his fans’ hopes up. Having quiteBridgeton after one season, Page has set his sights on Hollywood movies with the likes of The Gray Man and Dungeons and Dragons already on the way.

But now The Hollywood Reporter says Page has been cast in a movie reboot of spy thriller The Saint, which interestingly is the same role Roger Moore played prior to being cast as Bond.

The Saint is originally based on the early 20th century adventure novels by Leslie Charteris.

The storyline followed a mysterious man called Simon Templar who takes on a number of villains.

Moore famously portrayed the character in the 1960s British TV show, while Val Kilmer starred in a 1997 Paramount movie of the same name.

Around that time, he told The Mirror: “Ah, the B word. I think that if you are British and you do anything of note, that other people take notice of, then people will start talking about that.

“I think that’s fairly normal and I’m flattered to be in the category of Brits that people have noticed.

“Nothing more – or less – than that. I think the concept of having plans in this moment in history is mildly hilarious. So I’ve given up on making them.”

In the meantime, Daniel Craig’s fifth and final outing as James Bond, No Time To Die, hits UK cinemas on September 30, 2021.