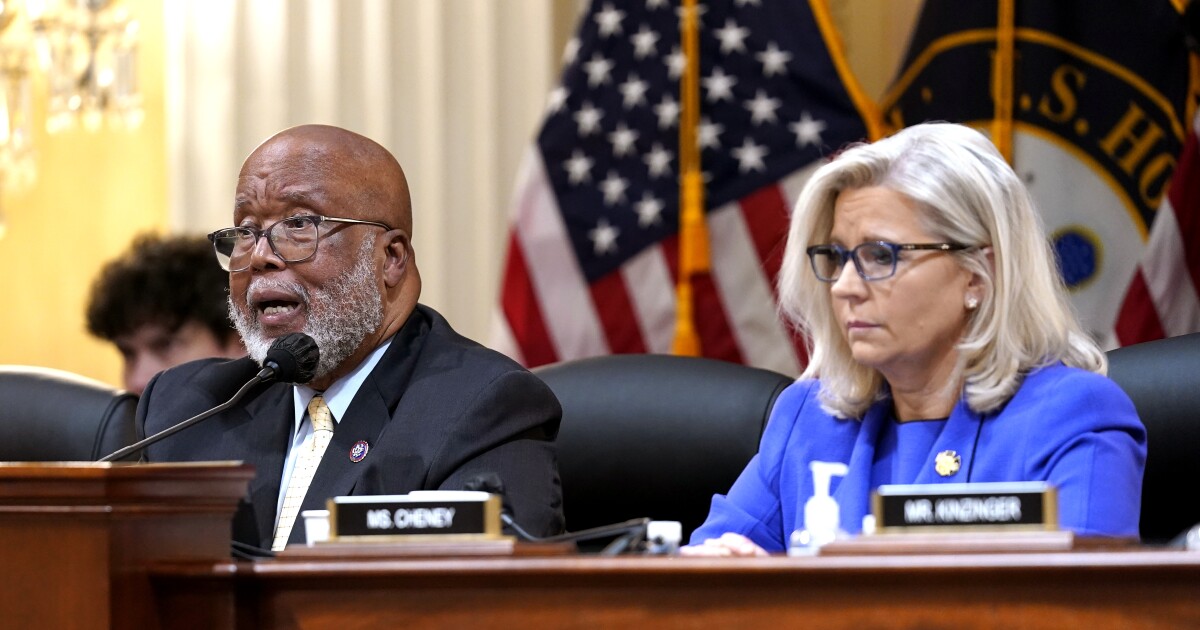 Former President Trump pushed Department of Justice officials to falsely claim there was evidence of fraud in the 2020 election and attempted to replace the acting attorney general when he refused to comply with his demands, the House panel investigating the Jan. 6, 2021 Capitol insurrection will detail in its hearing Thursday.

The committee will argue that such a declaration from Justice Department officials that fraud took place in the election would have cast doubt on the results and given GOP-controlled state legislatures a pretense to appoint alternate presidential electors and prevent President Biden’s victory.

Former acting Atty. Gen. Jeffrey A. Rosen, former acting Deputy Atty. Gen. Richard Donoghue and former Assistant Atty. Gen. for the Office of Legal Counsel Steven Engel are scheduled to testify before the committee that Trump asked the Justice Department in December to file legal briefs supporting election lawsuits brought by his campaign and allies. Testimony will also detail Trump‘s request that Rosen appoint a special counsel to investigate election fraud though Justice Department investigations concluded there was no evidence of fraud on a scale that would change the election’s outcome.

The panel will also discuss a push by the former president to have the Justice Department challenge election results in Arizona, Georgia, Michigan, Nevada, Pennsylvania and Wisconsin in the Supreme Court. Engel and the Office of Legal Counsel ruled there was no legal basis to bring such a lawsuit.

The committee is also expected to focus on a handful of meetings in late December 2020 and early January 2021 in which Trump considered replacing Rosen with Jeffrey Clark, the head of the DOJ’s civil division, at the prompting of Rep. Scott Perry (R-Pa.), including a Dec. 27 phone call in which Trump told Rosen and Donoghue to “just say the election was corrupt and leave the rest to me and the Republican congressmen,” according to a deposition Rosen gave the committee.

The panel is also expected to present a draft letter Clark circulated by email on Dec. 28, 2020, in which the Justice Department would urge the Georgia Legislature to hold a special session to scrutinize supposed “irregularities” in the state vote. The letter amounted to a road map for how Georgia could overturn its election results, suggesting the Legislature could ultimately choose a new slate of electors who would back Trump over Biden. Clark’s email indicates similar letters would be sent to officials in other states outlining allegations of fraud. Rosen and Donoghue refused, prompting Trump to offer Clark the acting attorney general role.

Donoghue told the committee in his deposition that Cipollone referred to the letter Clark wanted to send to states as “a murder-suicide pact. It’s going to damage everyone who touches it. And we should have nothing to do with that letter. “

Thursday’s hearing is expected to be the last for a few weeks. The committee will pause hearings for at least two weeks to examine new evidence it has obtained, Chairman Rep. Bennie Thompson (D-Miss.) said this week.