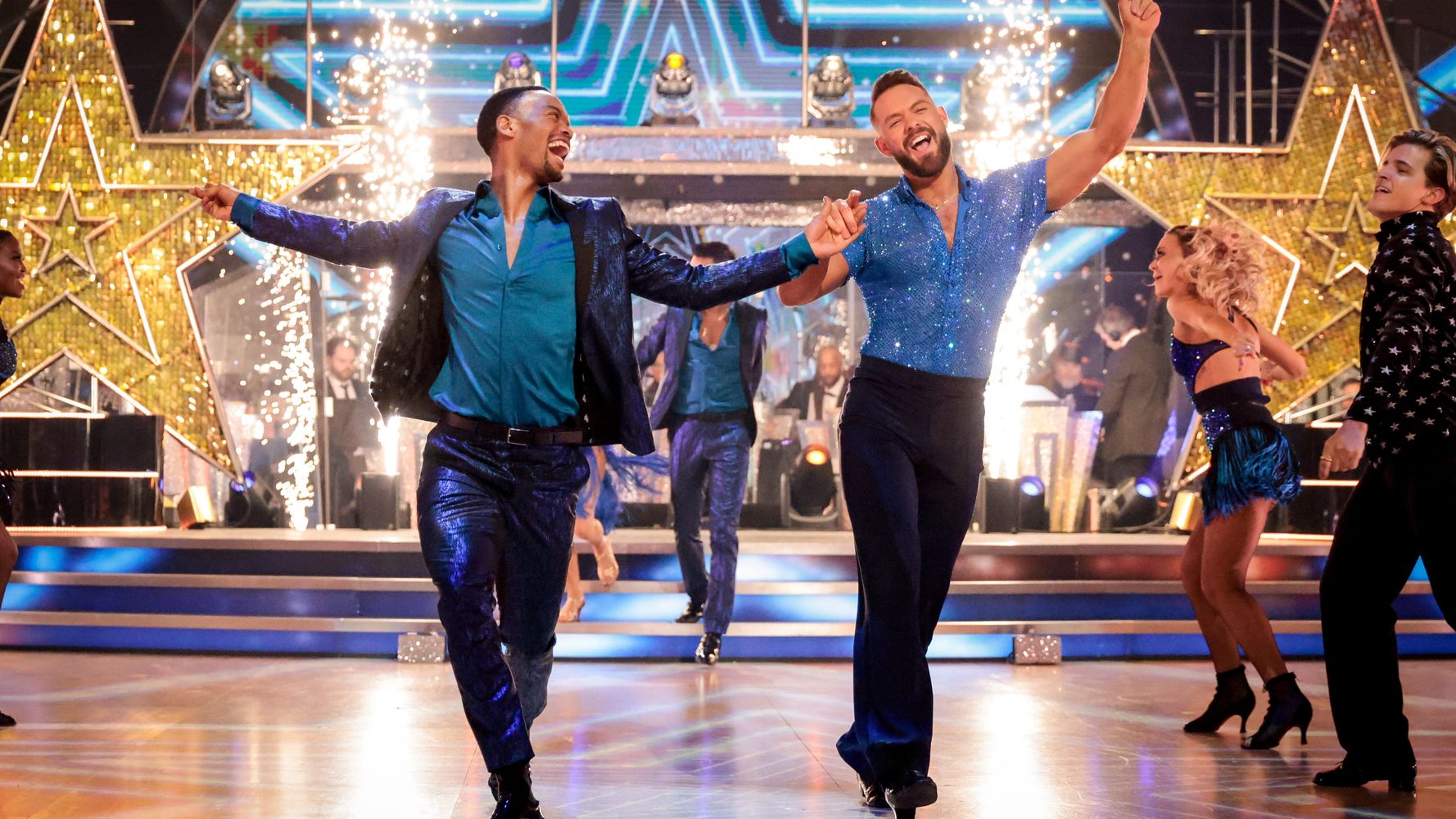 John Whaite has shown his support for Richie Anderson following the news that Strictly Come Dancing will include a third same-sex partnership in this year’s series.

After Nicola Adams and Katya Jones competed together in 2020, John was part of Strictly’s first ever pairing made up of two men during last year’s run, alongside Johannes Radebe.

The Great British Bake Off winner proved popular with viewers, making it all the way to the final where he and Johannes finished in second place behind champions Rose Ayling-Ellis and Giovanni Pernice.

After the announcement that Radio 2 presenter Richie will also dance with a male professional on this year’s series, John shared a poignant statement on his Instagram story on Saturday morning.

“I’m so bloody pleased that Strictly are doing a male-male couple again this year and hope it is the case every year from now on,” John wrote.

“It has to be. Because queer-inclusion isn’t a box-ticking exercise for one series, it’s a fundamental shift in the narrative for life.”

John went on thank Strictly’s behind-the-scenes team for “continuing to include the outcasts” before wishing “all the love and luck” to Richie who he said was “going to love every second”.

Apparently, John’s former professional partner Johannes was also feeling nostalgic at the weekend, writing on his own Instagram: “Now that Strictly rehearsals have started, I’ve been thinking back to last year when I had the pleasure of meeting [John].

“I can’t believe it’s been a year since John came into my life and what a fabulous and truly special Strictly journey we had. There were moments during the show which took my breath away, including the overwhelming support we received. I can’t thank everybody enough for the kind comments and for taking the time to vote. It means so so much.

“Not only is John an amazing dancer, he is an incredible friend and I can’t imagine a life without him in it.”

He added: “Although my strictly journey with John has come to a close, I’m feeling the energy and magic of the show again and I am looking forward to the next Strictly chapter and the excitement and challenges this will bring. I cannot wait, let the adventure begin!”

John then commented: “You bugger – you’ve made me cry into my avocado on toast… love you.”

Strictly will return to our screens next month, with bosses already unveiling five of the celebrities who’ll be taking part.