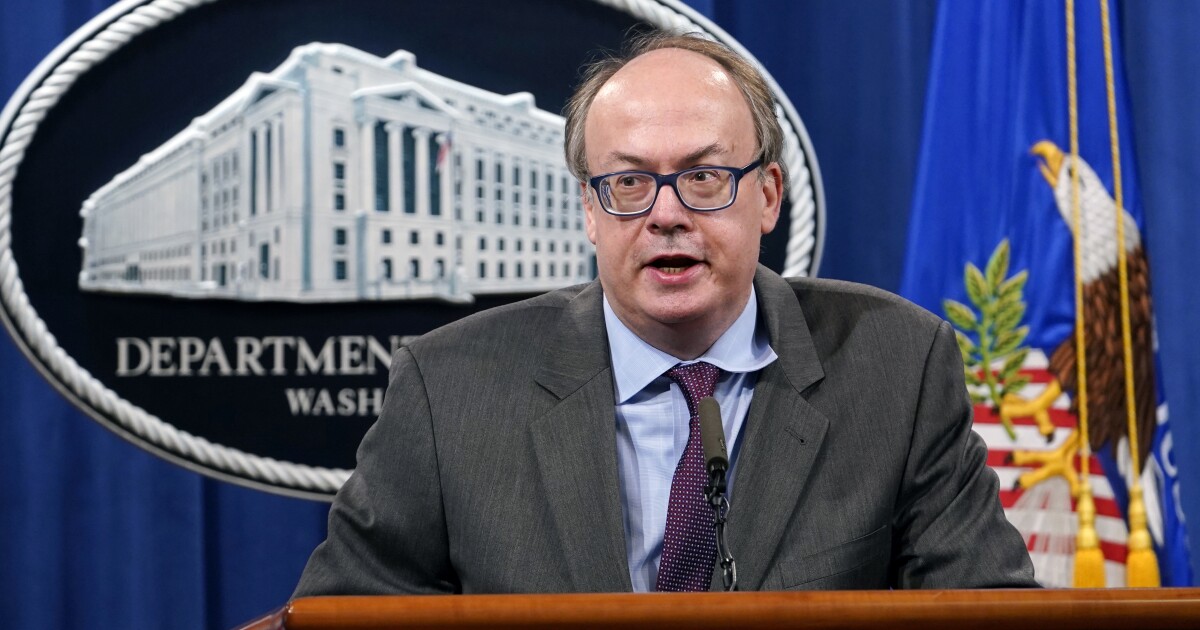 Federal investigators on Wednesday searched the Virginia home of Jeffrey Clark, the former Justice Department official who pushed the department, at former President Trump’s request, to get involved in efforts to challenge the 2020 election results.

“The U.S. Attorney’s Office can confirm that there was law enforcement activity in the Lorton area yesterday,” said a spokesperson for the U.S. attorney’s office in Washington, D.C., who declined to comment further on the search.

Russ Vought, former director of the Office of Management and Budget under Trump, decried Wednesday’s search on Twitter, saying agents searched Clark’s house “in a pre dawn raid, put him in the streets in his pjs, and took his electronic devices all because Jeff saw fit to investigate voter fraud.” Clark now works for Vought at the Center for Renewing America, a right-leaning nonprofit.

Clark is expected to play a central role in Thursday’s hearing by the House select committee investigating the Jan. 6, 2021, attack on the Capitol, which will examine efforts by Trump to use the Justice Department to cast doubt on the results and give Republican-led state legislatures justification to appoint alternative presidential electors and prevent Joe Biden’s victory.

Trump tried to install Clark as attorney general in the days before the Jan. 6 insurrection when top Justice Department officials refused to lend credibility to his false voter fraud claims by holding press conferences and joining lawsuits brought by his campaign or supporters. Clark pushed agency leaders to issue a letter to states stating that they had authority to replace electors with those who would back Trump.

Justice Department leaders and the members of the White House counsel’s office threatened to resign en masse if Trump made the change.