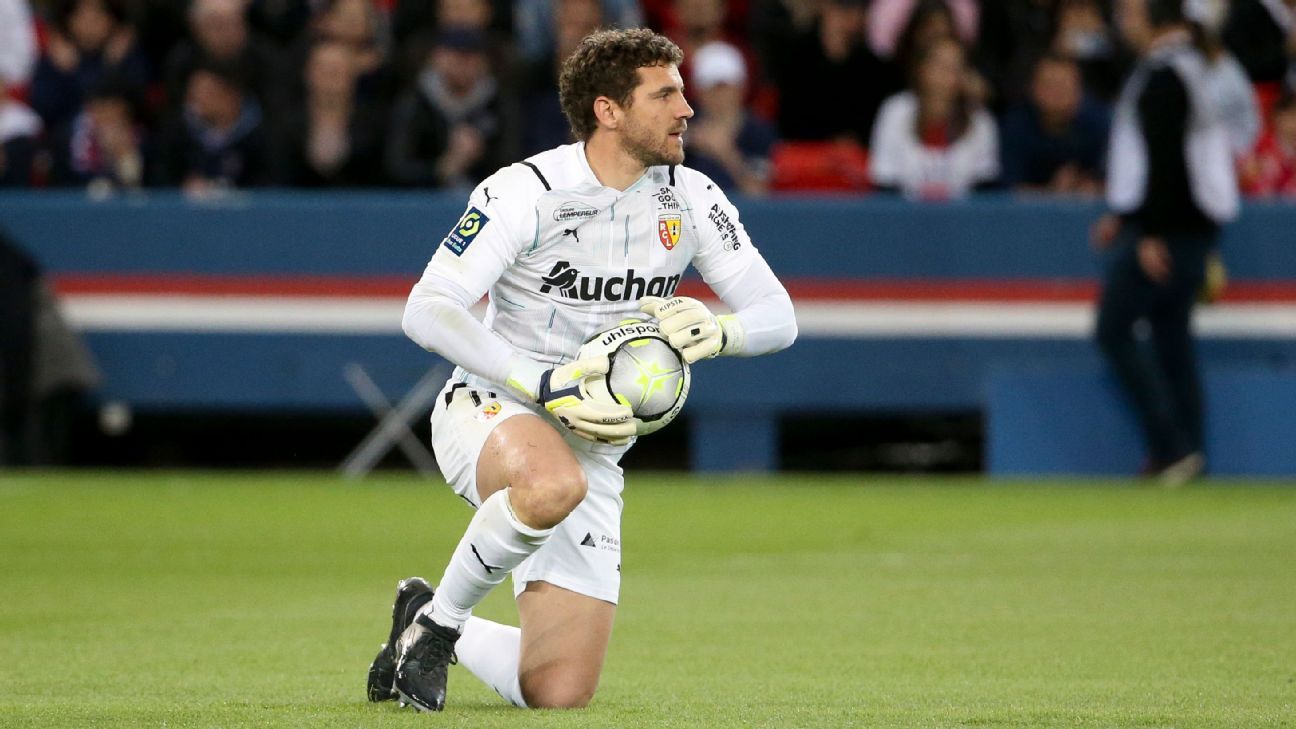 Lens goalkeeper Jean-Louis Leca will miss the remaining two matches of the Ligue 1 season after fracturing his finger following a coaching floor bust-up along with his personal coach, sources have instructed ESPN.

The 36-year-old was concerned in an altercation with goalkeeping coach Thierry Malaspina and each males needed to be separated by different members of the first-team after Thursday’s coaching session.

– Farting in dressing room led to Marcelo’s Lyon exit
– Stream ESPN FC Each day on ESPN+ (U.S. solely)
– Do not have ESPN? Get instantaneous entry

Based on ESPN sources, tensions reached boiling level within the dressing room the place the pair grabbed one another by the collar.

After the 2 males had been separated, Leca then punched a door within the dressing room and subsequently broke his finger to rule him out for the rest of the marketing campaign.

Sources have instructed ESPN that there was rigidity between Leca and Malaspina for a lot of the marketing campaign which resulted in Lens No. 2 goalkeeper Wuilker Farinez having fun with extra taking part in time particularly after the brand new yr.

French newspaper L’Equipe initially reported the altercation and Lens launched a press release on Thursday confirming the fallout between the 2 people.

“Following the publication of a report detailing an altercation, the membership can affirm an extra of character proven by two members of the skilled group on the finish of coaching immediately,” a membership assertion mentioned on Thursday.

“Lens affirm that we are going to take the suitable disciplinary measures and to make clear that the occasion which befell shall be settled within the strictest privateness of the dressing room.”

Lens are seventh within the league desk and solely two factors adrift of a Convention League place. They face a visit to Troyes on Saturday earlier than internet hosting Monaco of their closing league match of the season subsequent week.