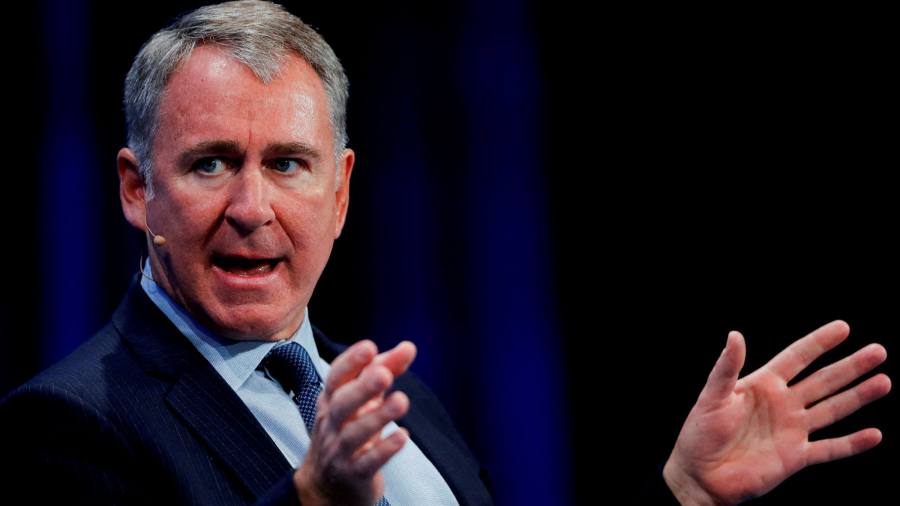 In an email to employees on Thursday seen by the Financial Times, Griffin described Miami as a “growing metropolis that embodies the American dream” and said he had recently moved there with his family. Citadel Securities, Griffin’s market-making firm, will also relocate.

Corporate relocations out of the Chicago area have been under an intense spotlight recently as Citadel is the third major company to move out of Illinois in less than two months. Boeing announced in May that it will move its headquarters to the Washington, DC area, and Caterpillar said earlier this month it will relocate its base near Dallas.

The exits of the US manufacturing giants were largely symbolic and are expected to have a smaller economic impact. Griffin’s decision, however, is more meaningful, because he provides substantial, steady, non-partisan material support for Chicago that could go away with him.

Griffin has donated more than $600mn to organisations in Chicago, and has contributed directly to infrastructure projects such as the redevelopment of the city’s Lakefront Trail along Lake Michigan.

“It’s really a clarion call,” Todd Maisch, the Illinois Chamber of Commerce chief executive, told the Financial Times last week, adding “the problem is, for the rest of the business community, what happens if Ken Griffin decides to move?”

Corporate moves are likely to be a theme in the state’s November gubernatorial election, into which Griffin has thrown $50mn to back a Republican primary candidate.

Griffin, who did not explicitly cite crime as a reason for the relocation in Thursday’s memo, has been threatening to leave Chicago for some time.

It is “ever more difficult to have this as our global headquarters, a city that has so much violence. Chicago is like Afghanistan, on a good day,” Griffin told the Economic Club of Chicago last October.

He previously asked governor JB Pritzker to deploy the National Guard to combat the city’s crime problem, and said it was “a disgrace” that Pritzker “will not insert himself into the challenge of addressing crime in our city”.

He noted Citadel has not been in Chicago “as much as we were in 2013”, now that New York has become the “centre point” for the hedge fund. The fund employs more than 1,000 people in Chicago.

Griffin also lamented that it has become more difficult to recruit workers in Chicago “when they read the headlines”.

Many Chicago employees “have asked to relocate to Miami, New York and our other offices around the world”, Griffin said in the announcement.

Citadel, which was founded in Chicago by Griffin more than three decades ago, is among the world’s largest hedge funds with $51bn in assets under management. Citadel Securities, meanwhile, is the largest trader of US stocks.

Chicago “will continue to be important to the future of Citadel, as many of our colleagues have deep ties to Illinois”, Griffin added.

TikTok abandons ecommerce expansion in Europe and US