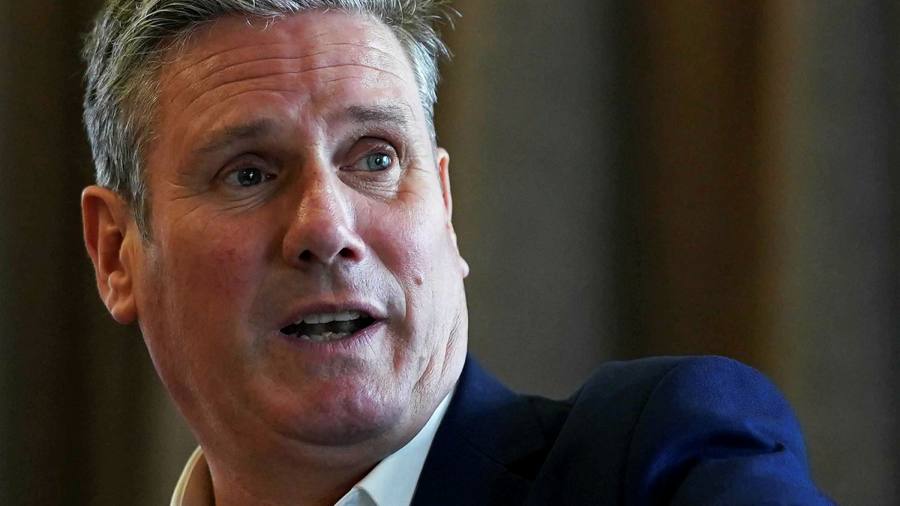 Sir Keir Starmer’s attempt to distance Labour from this week’s UK rail strikes ran into difficulty on Tuesday after several junior shadow ministers and the party’s leader in Scotland defied his edict to stay away from picket lines.

Starmer, leader of the opposition party, had ordered his frontbenchers not to appear alongside striking members of the RMT, the union behind the industrial action.

Although the RMT disaffiliated from the Labour party 18 years ago, it has given donations to individual MPs more recently.

Diane Abbott, shadow home secretary under former leader Jeremy Corbyn, congratulated Sarwar for his stance. “What is Keir Starmer going to do, remove Anas as (Scotland) leader?” she asked.

Sam Tarry, a shadow transport minister, tweeted a picture of himself on a picket line with the RMT from a few months ago, saying: “Workers don’t take the decision to strike lightly but they have been left with no choice.”

Party officials indicated that frontbenchers who denied Starmer’s orders could face disciplinary action. However the chief whip is not expected to do anything until the RMT strikes are over. 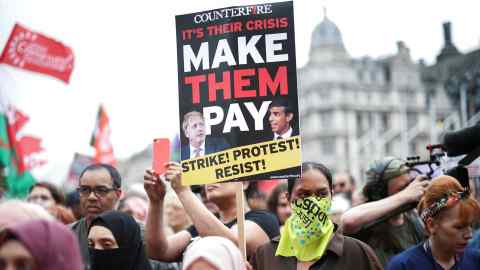 Conservative ministers are trying to lay blame for the strikes at the door of the opposition party, dubbing the walkouts on Tuesday, Thursday and Saturday as “Labour’s strikes”. Dominic Raab, deputy prime minister, claimed on Tuesday that Labour had “actively encouraged the inconvenience commuters are suffering”.

However Starmer, who has sought to drag his party to the centre ground since taking over from the leftwing Corbyn in 2020, has criticised the RMT’s action because he is worried that the strikes could alienate many swing voters.

That stance has infuriated union leaders including Sharon Graham, head of Unite the Union — Labour’s biggest single donor in recent years — which said the party was founded by trade unions. “To instruct Labour MPs not to be on picket lines with workers speaks volumes,” she said. “It’s time to decide whose side you are on, workers or bad bosses?”

A poll by Savanta ComRes on Tuesday found that 58 per cent of those surveyed thought the strikes were justified with only 34 per cent saying they were not.

UK mortgage rates rise at fastest pace in a decade