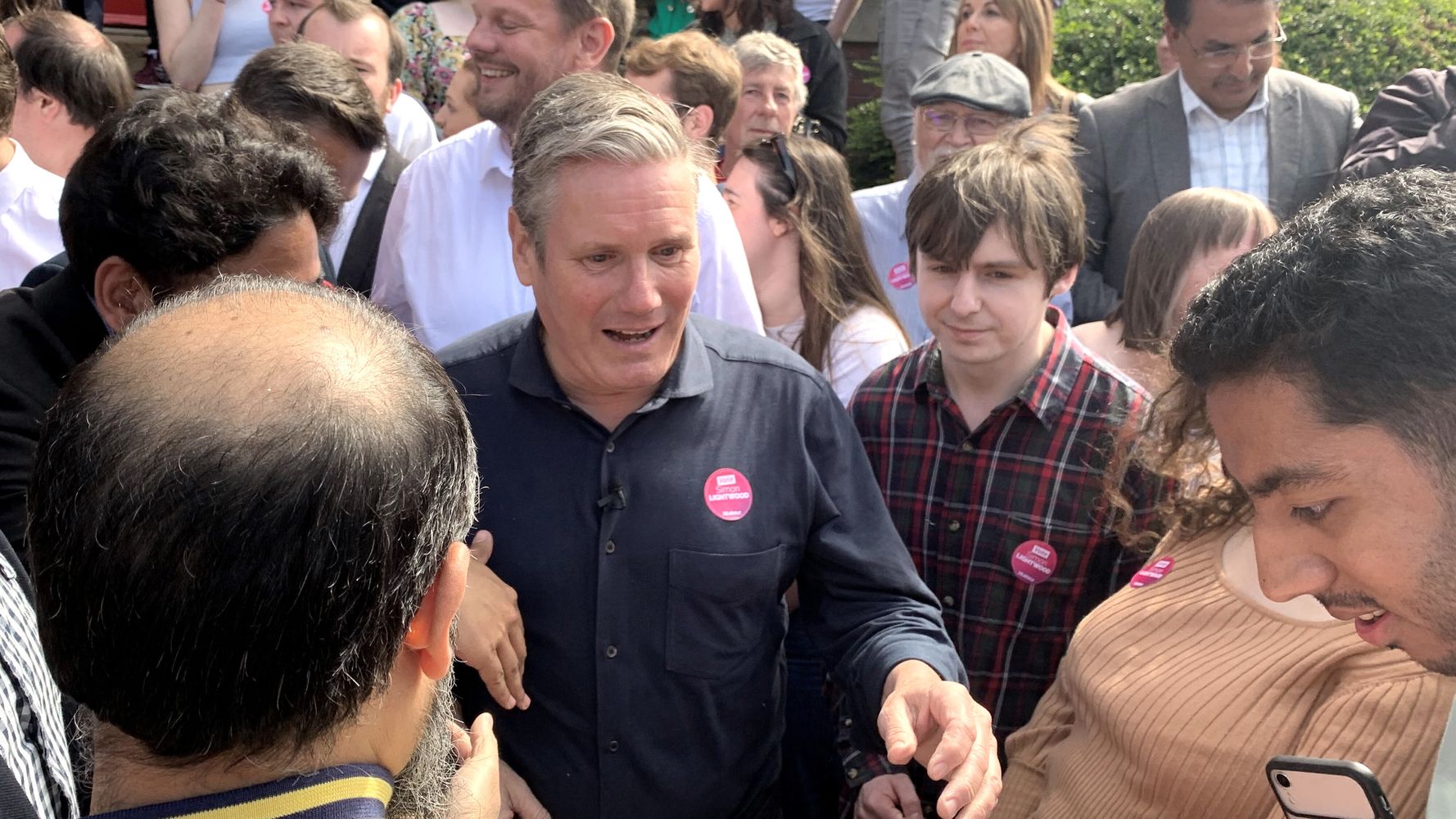 Labour frontbenchers face the sack if they turn up on picket lines during this week’s rail strikes, HuffPost UK has learned.

Members of the RMT union will stage three walkouts in a dispute over jobs, pay and conditions, with the first one taking place tomorrow.

`The Conservatives have branded the industrial action “Labour’s strikes” because of the party’s close ties to the trade union movement.

In response, Labour have accused the government of failing to do enough to avert the strike action b facilitating a deal between the employers and the unions.

An email from Keir Starmer’s office to shadow cabinet members inviting them to a Zoom meeting on the strikes said “We do not want to see these strikes to go ahead with the resulting disruption to the public.”

The message added: “However, we also must show leadership and to that end, please be reminded that frontbenchers including [parliamentary private secretaries] should not be on picket lines.

“Please speak to all the members of your team to remind them of this and confirm with me that you have done so.”

One shadow cabinet member told HuffPost UK: “It’s a sensible decision given Tories want to blame us for their failings. We mustn’t fall into their trap.”

But the move has provoked a furious backlash from trade unions and left-wing MPs.

Unite general secretary Sharon Graham tweeted: “The Labour Party was founded by the trade unions and we expect Labour MPs to defend workers, by words and by actions. To instruct Labour MPs not to be on picket lines with workers speaks volumes

“You don’t lead by hiding. No one respects that. It’s time to decide whose side you are on. Workers or bad bosses?”

The Labour Party was founded by the trade unions and we expect Labour MPs to defend workers, by words and by actions. To instruct Labour MPs not to be on picket lines with workers speaks volumes. 1/2

Manuel Cortes, general secretary of the TSSA, tweeted: “Ridiculous nonsense from the Party which was created by trade unions. Solidarity is what our movement is all about!”

Come what may, I will be on a picket line supporting workers tomorrow https://t.co/hd4AogsjMh

A Labour spokesperson said: “Labour has been clear that these strikes should not go ahead. Boris Johnson and Grant Shapps haven’t lifted a finger to avert them, and have been playing politics rather than doing their jobs.”

A party source added: “When the public are disrupted for the rest of the week, people will be clear who is responsible.”

Share
Facebook
Twitter
Pinterest
WhatsApp
Previous articleNBA Draft: For New York Native A.J. Griffin, Playing For The Knicks ‘Would Be A Dream Come True’
Next articleYou’ll be able to bet against Bitcoin with an ETF, before you can buy a Bitcoin ETF