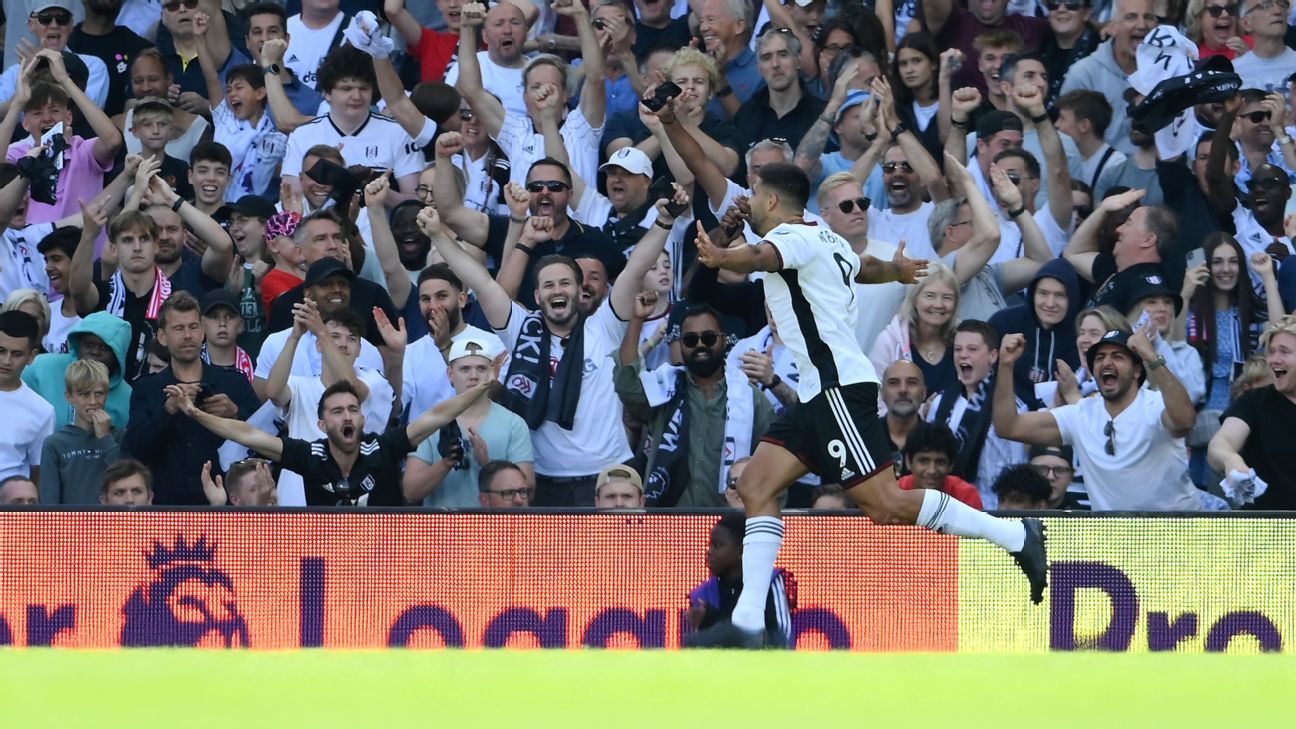 Liverpool started their title challenge with a 2-2 draw at newly promoted Fulham on Saturday.

Aleksandar Mitrovic gave Fulham the lead twice but Darwin Nunez and Mohamed Salah managed to pull goals back for Liverpool and ensure they got a point.

“We have to respect Liverpool but of course do our job and trust ourselves, we did a great first half, almost perfect the way we controlled and blocked. Second half we matched them every time,” Fulham coach Marco Silva said.

“I know the quality Mitrovic has and I’m here to take the best from my players. Mitrovic is not just goals he puts on the constant pressure and the overall job he did is fantastic.”

Fulham grabbed their first goal on 32 minutes when they broke down the right hand side through Neeskens Kebano.

He laid the ball off to Kenny Tete who planted a cross into the box which Mitrovic headed past Alisson.

Nunez then scored to save Liverpool’s blushes on his Premier League debut. He replaced Roberto Firmino on 51 minutes and scored just after the hour mark.

Salah slid a low ball into the box which the Uruguay international guided past Marek Rodak from close range.

Fulham were then awarded a penalty after Mitrovic went down under a challenge from Virgil van Dijk on 72 minutes. The Serbia international cooly converted the spot kick.

Salah levelled for Liverpool on 80 minutes after Nunez set him up.

Jordan Henderson was close to completing Liverpool’s comeback when he hit the crossbar from outside the box five minutes into injury time.

“The best thing about the game was the result. We got a point from a really bad game,” Liverpool coach Jurgen Klopp said. “The result was fine, I don’t think we deserved more than that. The performance can be massively improved.

“We could have won the game because we had good chances but it was probably a bit too much today.”