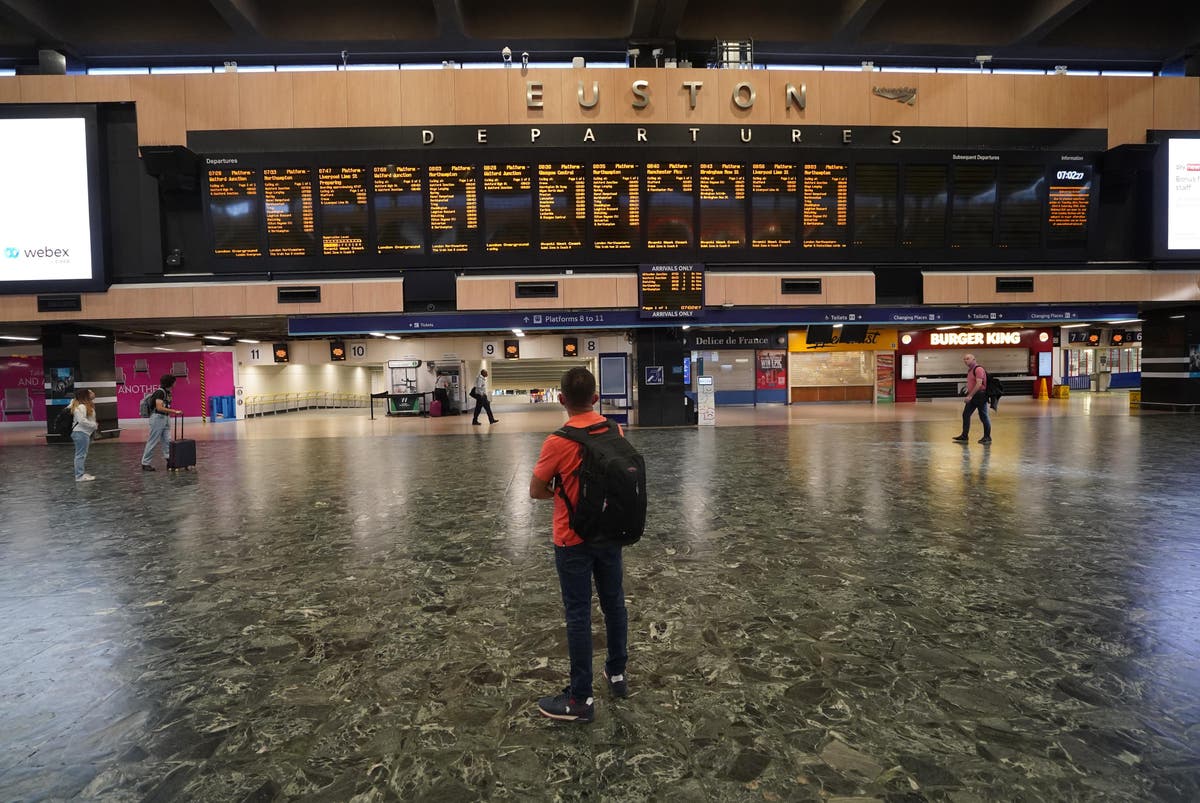 A majority of voters think this week’s rail strikes are justified and two-thirds (66 per cent) think the government has not done enough to prevent them happening, according to a new poll.

The survey, by Savanta ComRes, found that 58 per cent of those questioned thought the strikes were justified, against just one-third (34 per cent) who say they are not.

The findings, based on a poll of 2,336 adults on Monday, suggest that Boris Johnson’s attempts to use the strikes as a “wedge” issue to draw a political line with Labour may not be succeeding.

However, Savanta’s political research director Chris Hopkins cautioned that opinions may shift over the course of week of disruption during which three strike days are planned.

Strikingly, the poll found that six in 10 (60 per cent) say that they are generally supportive of workers striking, while just 35 per cent were generally opposed.

The poll indicated that more voters blame government than the unions for the industrial action, which is expected to be followed by more strikes later in the year.

Some 66 per cent said that the government had not done enough to prevent them happening, 61 per cent said the same about transport secretary Grant Shapps, 57 per cent Network Rail and 49 per cent the RMT.

Younger voters aged 18-34 (72 per cent) and Labour voters (79 per cent) were more likely to see the strikes as justified compared to their older (44 per cent) and Conservative-voting (38 per cent) counterparts.

The poll suggested that about one in 12 of the population have cancelled planned journeys as a result of the three days of strikes.

With professions ranging from teachers to nurses to barristers and civil servants set to be balloted on industrial action, seven in ten (70 per cent) said that the rail strike going ahead made others more likely later in the summer.

Commenting on the findings, Mr Hopkins said: “Much has been made of whether or not the public support these strikes, and our polling – that included an explanation of the dispute rather than an uninformed test of perceptions – shows a majority finding justification in the decision of rail workers to strike, along with general support for the principle of workers striking.

“What will be interesting over the coming days is to what extent the public mood changes.

“Fieldwork here was conducted before the strike began; after a week of coverage of likely disruption, will the public be as sympathetic? And what impact will that have on those other unions threatening to ballot their members over a pay deal nowhere near in line with high inflation?

“These issues are just more things to give this government a headache as it heads towards a summer where the rising cost of living will have further negative consequences.”