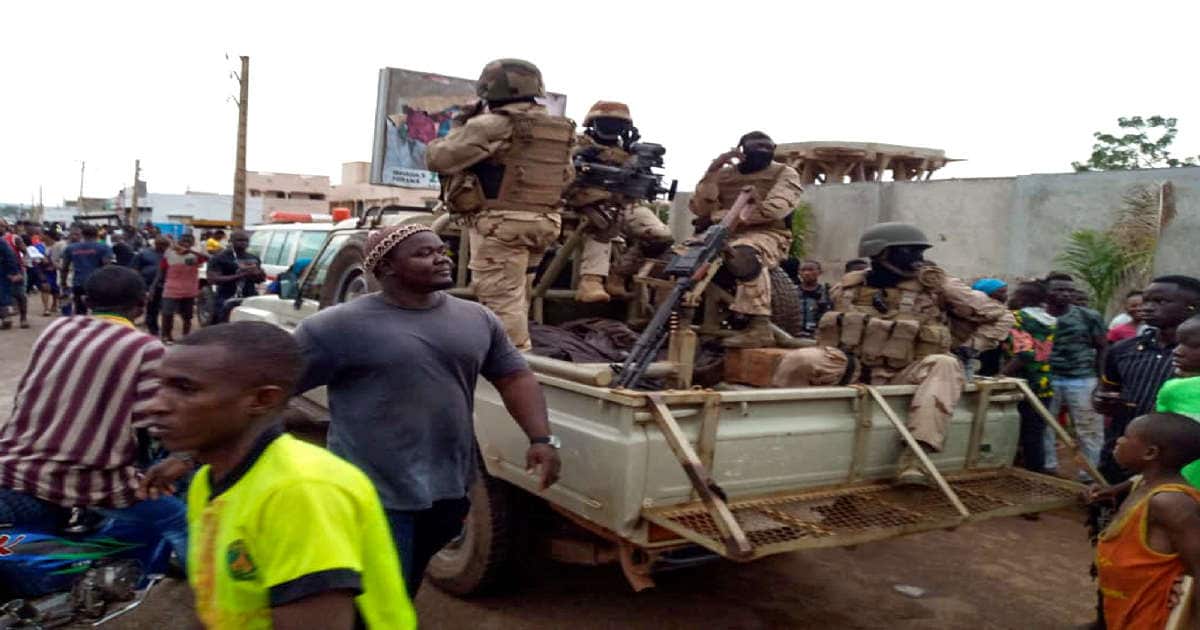 Bamako: Mali’s president said he was resigning to avoid “bloodshed” early Wednesday, hours after his arrest by troops in a sudden coup that followed a months-long political crisis in the fragile West African nation.

Rebel soldiers detained Ibrahim Boubacar Keita and Prime Minister Boubou Cisse on Tuesday afternoon and drove the pair to a military base in the town of Kati, near the capital Bamako, which they had seized that morning.

Jubilant crowds in the city centre, gathered to demand Keita’s resignation, had cheered the rebels as they made their way to the 75-year-old’s official residence.

Keita appeared calm as he appeared in a state television broadcast after midnight to declare the dissolution of the government and national Assembly, and said he had no choice but to resign with immediate effect.

“If it pleased certain elements of our military to decide this should end with their intervention, do I really have a choice?” he said of the day’s events.

“(I must) submit to it, because I don’t want any bloodshed.”

It was unclear whether Keita was still in custody at the Kati base, which in a twist of fate was also the site of the 2012 putsch that brought him to power.

Neighbouring states, France and the European Union all warned against any unconstitutional transfer of power as the coup played out on Tuesday.

UN Secretary General Antonio Guterres demanded the “immediate and unconditional release” of Keita and Cisse as diplomats in New York said the Security Council would hold emergency talks on Wednesday.

The Economic Community for West African States (ECOWAS) condemned the coup in a statement, pledging to close land and air borders to Mali and push for sanctions against “all the putschists and their partners and collaborators”.

The 15-nation bloc – which includes Mali – also said that it would suspend the country from its internal decision-making bodies.

As the day unfolded, the United States and France released separate statements voicing deep concern about the turn of events and urged against regime change.

French President Emmanuel Macron had also discussed the crisis with his counterparts in Nigeria, Ivory Coast and Senegal and expressed his “full support for the ongoing mediation efforts of West African states”.

His office had added that he “condemned” the mutiny.

The US envoy to the region J Peter Pham joined the calls for restraint and echoed its opposition to any “extraconstitutional” change.

Keita and Cisse’s sudden detention came on the heels of an apparently conciliatory message from the government in Bamako – which had urged the soldiers to engage in dialogue.

“The observed shifts in mood reflect a certain frustration that may have legitimate causes,” Cisse’s office said in a statement, without offering further details.

It added that the government was open to “fraternal dialogue in order to remove all misunderstandings”.

The drama coincided with opposition plans to resume protests against Keita.

Mali had been in the grip of a deep political impasse since June, and Keita had faced increasingly strident demands for his resignation.

The 5 June Movement, named for the date of its first protest, has channelled deep anger over a dire economy, perceived government corruption and a brutal jihadist conflict.

The opposition alliance’s anti-Keita campaign veered into crisis in July when at least 11 people were killed over three days of unrest that followed a demonstration.

Mali is the linchpin of French-led efforts to roll back jihadists in the Sahel, and its neighbours are anxious to avoid the country sliding into chaos.

Swathes of its territory are already outside of the control of the government, which is struggling to contain an Islamist insurgency that first emerged in 2012 and has claimed thousands of lives.

The failure to end that conflict fuelled frustrations with Keita’s rule, analysts say.

Tensions flared in April when the government held a long-delayed parliamentary election, the results of which are still disputed.

ECOWAS last month suggested the formation of a unity government while sticking by Keita, but the compromise was bluntly rejected by the opposition.

The vegetable to protect against type 2 diabetes symptoms – ‘the...

Warp Speed Vaccine Will Be Shielded From Liability

Trump’s infection is part of an ominous national trend as cases...