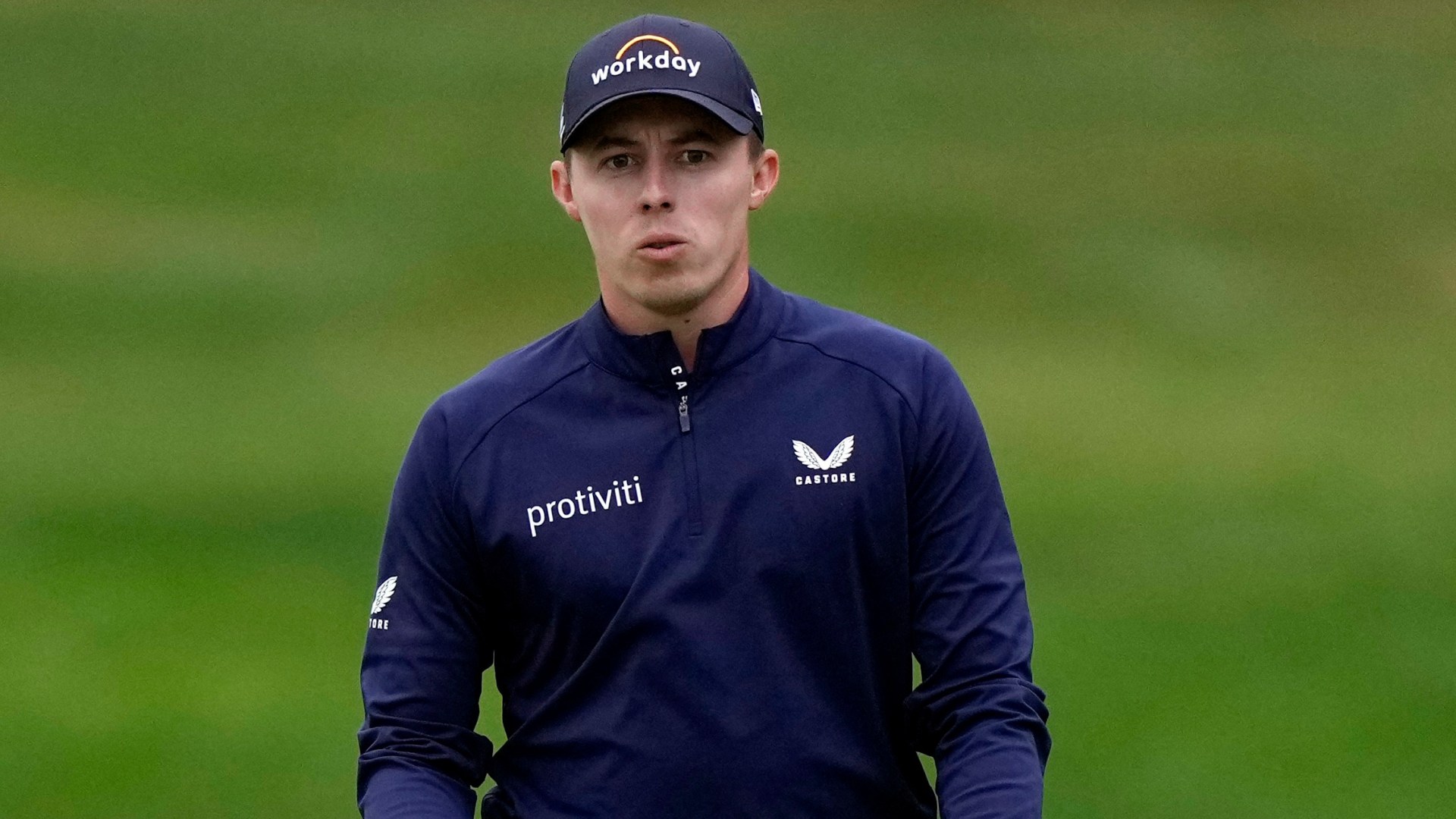 MATT FITZPATRICK is on the brink of joining Jack Nicklaus in the golfing record books after another breathless, brilliant day at Brookline.

Joint leader Fitzpatrick has a great chance to become only the second man after Nicklaus to win  the US Amateur title AND the US Open at the same venue.

The Golden Bear won his second US Amateur title at Pebble Beach in 1961, and claimed the big one at the same course 11 years later.

Fitzpatrick became the first Englishman to take home the US Amatuer title for 102 years when he won that title at Brookline in 2013 as a baby-faced 18 year old, with younger brother Alex caddying for him.

The Sheffield golfer said he has had this return to one of his favourite courses circled in his calendar for years – and it is easy to see why.

Fitzpatrick and the other man at four under par – Major specialist Will Zalatoris – seemed to be the only players capable of keeping their heads while all those around them were losing theirs in the third round of the US Open. 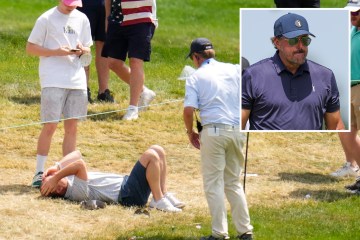 Even defending champion Jon Rahm got a nose bleed after reaching the top of the leaderboard.

He was a shot clear clear playing the last, only to leave his secon d shot in a fairway bunker on  his way to a double bogey that dropped him into third place, on three under.

Zalatoris threw down the gauntlet to rivals with a brilliant third round 67 to set the clubhouse target at four under par.

Fitzpatrick was the first man to pick it with a two under par 68 taking him  to the same mark, before Rahm birdied three hopeless in quick succession, before that last hole disaster.

The world No 2 will start as marginal favourite to become only the third man to successfully defend the US Open title, although world No 1 Scottie Scheffler and four-time Major winner Rory McIlroy are not out of it, despite ragged third rounds.

McIlroy looked like playing himself out of the tournament with three early bogeys.

But eight single putts in the space of nine holes meant he salvaged a 73, and at one under he is only four shots off the lead.

But Fitzpatrick is clearly high on confidence. He said: “I would be lying if I said I hadn’t been thinking about what it would mean to win here for quite some time.

“It would mean the world, because this place is very special to me, for obvious reasons. Winning the US Amateur was one of the biggest achievements of my career so far, but a US Open victory would obviously top it.

“I’m staying with the same family I stayed with back in 2013 and I’ve got some friends and family here to help me stay calm, so hopefully I’ll be able to finish it off.”

It looked like Fitzpatrick, 27, would head into the final round as the outright leader, as he made light of the twenty miles an hour wind and rock hard greens with a scorching burst of three birdies in four holes from the 14th.

That gave him a one stroke lead at five under. But a bogey at the notoriously diffiocult 18th meant he just missed out on playing his way into the final group on Sunday for the second Major in succession.

He was in that position at last month’s USPGA Championship, only to shoot a three over par 73 that dropped him from a share of second into a tie for fifth.

Fitzpatrick will know a lot more about the pressure of trying to close out a Major after that experience.

So will Zalatoris. He lost out to Justin Thomas in a play-off in last month’s USPGA, has finished out of the top eight in only three of his eight Major starts.