Meet the Georgia Geminder who is making millions from eco toothpaste 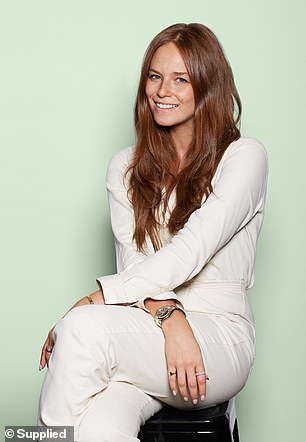 In the last 12 months Georgia Geminder, 29, from Melbourne, Victoria has sold over 30,000 tooth whitening pens after launching her own natural oral health brand

A young entrepreneur has revealed how she went from working as a model to a Forbes rich lister in just two years after taking advantage of a gap in the beauty market.

In the last 12 months Georgia Geminder, 29, from Melbourne, Victoria has sold over 30,000 tooth whitening pens after launching her own natural oral health brand, GEM.

Speaking to FEMAIL Georgia revealed she was working as a model in LA when she noticed a radical shift to natural products within the beauty industry.

New brands flooded the market but one category – personal care – remained virtually untouched, especially when it came to alternative options for tooth paste.

‘The ‘natural’ options that existed on the market lacked efficacy, they didn’t foam up properly and they weren’t minty enough,’ she said.

But the traditional chemical-based products didn’t ‘do it’ for Georgia either.

‘We spend our lives avoiding chemicals to then come home and pour 20 or more of them into your mouth,’ she said. 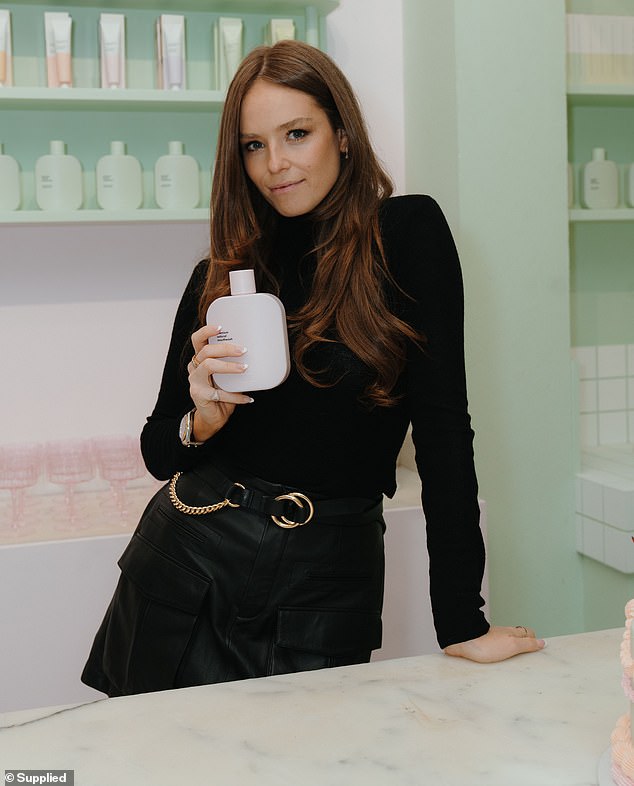 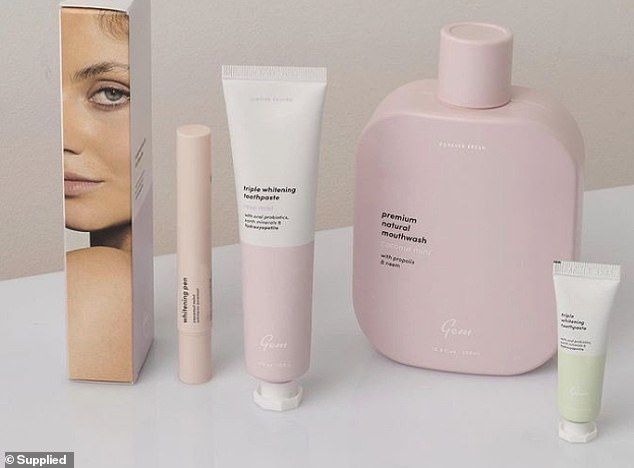 She started by making a toothpaste without the ‘nasty nine’ now she has mouthwash, a whitening pen and breath spray

So she decided to change that with an aim to become a major agitator in the space.

‘I basically then went on this two-year quest to create the perfect natural toothpaste, that not only tasted minty and guaranteed fresh breath but also remineralised tooth enamel,’ she said.

Before explaining she wanted it to ‘look cute too’ after noticing the dental health sector was still considered daggy in a beauty industry which had had a major glow-up.

‘I thought it was time for a trendy, millennial focused brand to disrupt the category,’ she said.

‘I wanted to create something that not only looked good in our bathrooms, but also worked,’ she said.

While researching the chemicals in toothpaste she found ‘the nasty nine’ which includes SLS, a chemical compound used as a foaming agent in toothpaste that’s also used in industrial cleaners. 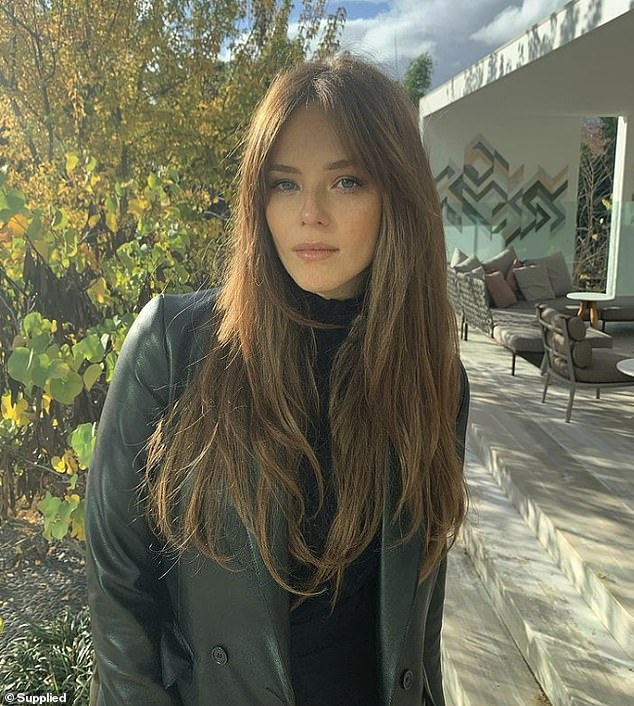 Georgia was working as a model in LA when she decided to start her company, GEM

She also found triclosan which has been banned in soap and body wash but is still used in toothpaste for its anti-bacterial properties and titanium dioxide which is commonly found in paint.

‘Needless to say, not a single one of the nasty nine has made its way into Gem,’ she said.

She also added a mouth-specific pro-biotic to the mix.

‘The idea here is that if you nuke your mouth with chemicals, any bacteria good or bad can flourish. But if you add in beneficial bacteria, like our oral probiotic, this really allows for a balanced environment in the mouth,’ she said.

‘Considering the mouth is the gateway to the gut – and overall health – it’s pretty important.’

The company was launched with a single toothpaste offering in 2020 – after the young woman managed to come up with a formula free of chemical compounds such as parabens and triclosan.

The tooth whitening pen has been the most successful stand-alone product for GEM so far.

And it was something Georgia didn’t really expect.

‘Literally thousands of customers are seeing whiter teeth in just days, and it’s only $20. I’m really proud of this product,’ she said.

The pens are made using ‘a very low dose of food grade hydrogen peroxide, which acts as a safe, low sensitivity whitening agent’ she explained. 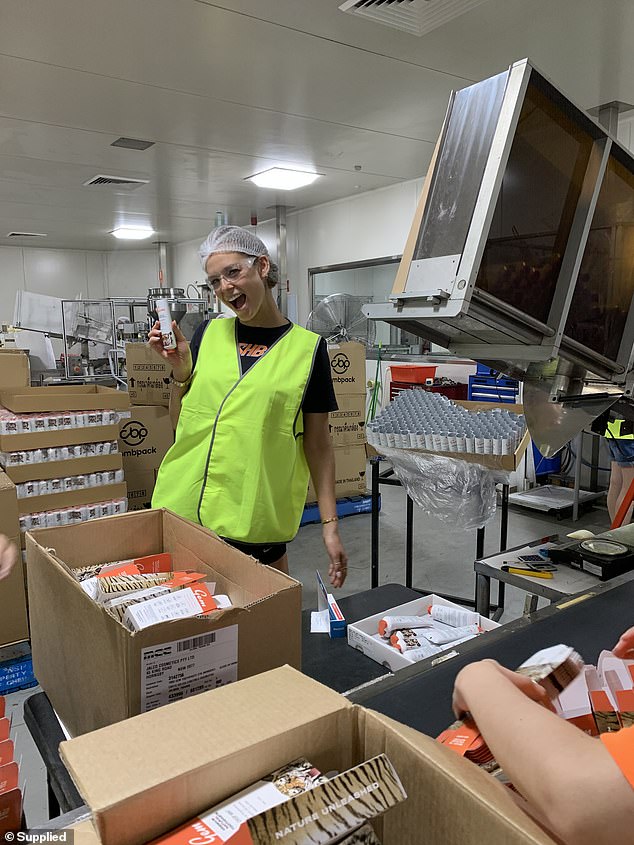 ‘The oxygen penetrates your tooth’s enamel and lightens surface stains. The level of Hydrogen Peroxide is safe for all, even those with sensitive teeth,’ she said.

‘Everyone wants a bright, sparkly smile – I think the pen has been so popular due to how easy it is to use and how affordable it is.’

Georgia launched Gem at the beginning of the Covid pandemic, so has come across some challenges.

‘Launching a business at the start of global pandemic wasn’t easy. However it allowed me to refine the brand, the packaging. Now since the world has started to open back up, we can look to global markets for further expansion,’ she said.

Likening having her own business to being on a wild rollercoaster ride.

But being named on the Forbes 30 under 30 list has made it all worth it. 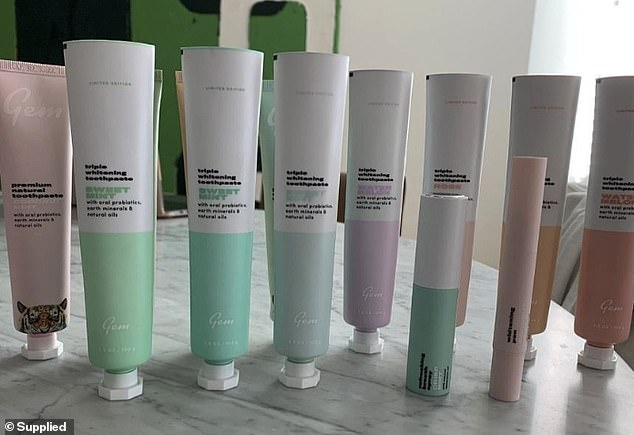 ‘It truly has been a dream come true,’ she said.

‘In two short years it feels incredible to have been acknowledged for our work in the oral care space. Anyone who knows me, knows that this has been a dream of mine since forever,’ she said.

Georgia owes her career in modeling to her insight into the beauty industry.

‘I spent most of my early career modelling in Australia, London and Los Angeles.’

‘I also spent some time working at Remedy Kombucha, where I learnt about the importance of forming healthy habits and the microbiome,’ she said, before admitting that is where she caught the start-up bug.

Georgia appeared on the 30 under 30 list alongside the founder of The Quick Flick and beauty fridge, Iris Smit.

Iris’ beauty empire is now worth over $15-million per year – and is shipped all across the world.

Are Covid restrictions STILL on the cards? Boris says no plans for curbs 'at the moment'

New York man, 68, injured and rushed to hospital after being mauled by grizzly bear in Wyoming