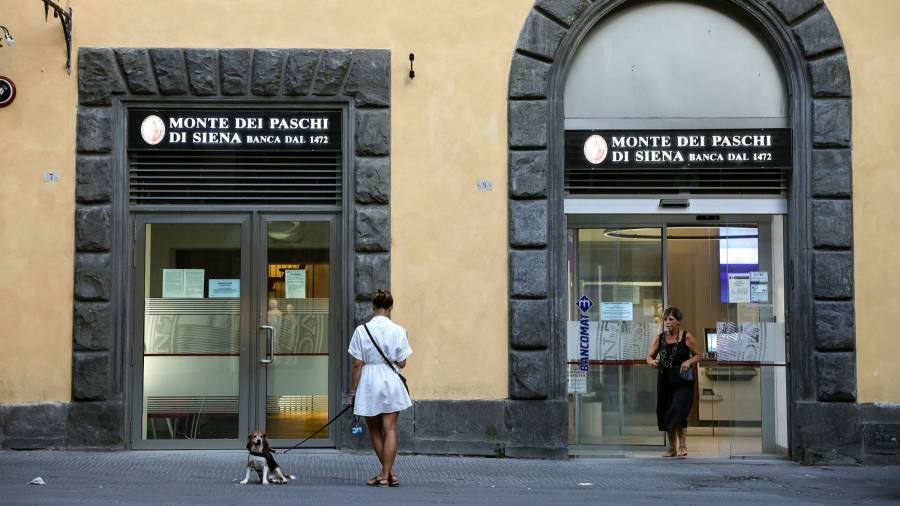 Italy’s politicians are nearly as good with their feet as the country’s footballers. A new turnround plan and a €2.5bn government-backed capital raise at Monte dei Paschi di Siena will kick the bad bank’s problems down the road once more.

The eurozone economy is weakening as inflation surges and Russia turns down the gas. Italian debt costs are rising on default fears. Last year, politicians failed to offload MPS on UniCredit. The commercial bank can congratulate itself on dodging a bullet.

MPS’s new chief executive Luigi Lovaglio has perforce presented a plan for an independent future. He aims to cut costs, triple profits within three years and pay a dividend as early as 2025. There would be 4,000 lay-offs and further branch closures.

The Italian state will contribute €1.6bn in proportion to its 64 per cent shareholding. Suspension of EU competition rules on burden-sharing would likely keep bondholders off the hook this time.

This would complete the clean-up after a financial crisis that began in 2008. Unfortunately, downturns are cyclical. Another one has just come along.

The fresh funds will boost the common equity tier one ratio to 15.9 per cent, from the current 10.8 per cent. Out of that, about €800mn will go towards restructuring. The ratio will suffer further attrition from growth in risk-weighted assets.

Profit generation is expected to offset those costs, resulting in a CET1 of 15.7 per cent in 2024. Regulatory tweaks will then take the figure to 14.2 per cent, closer to peers.

MPS is expected to dispose of a further €1.6bn of non-performing exposures (NPE) by 2026. That would reduce the net NPE ratio to 1.4 per cent, from 2.6 per cent last year.

Unfortunately, Lovaglio’s plan depends on relatively few additional MPS loans going bad. The bank hopes provisions for these will stay below 50bp of the loan book. Unparalleled state support kept the figure at 30bp last year, in line with the average in Europe. Given the economic climate, a jump in the ratio is likely.

City Bulletin is a daily City of London briefing delivered directly to your inbox as the market opens. Click here to receive it five days a week.