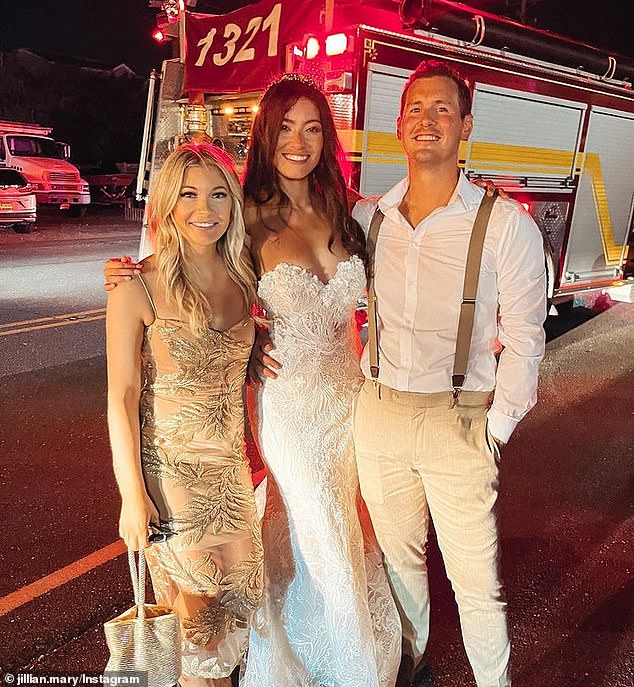 (Almost) murder on the dance floor! New Jersey newlyweds and 200 guests dodge death after reception dancefloor COLLAPSES – before continuing the party outside

By Hope Sloop For Dailymail.Com

‘Evacuate the Dancefloor’ is no longer just the name of a song for New Jersey newlyweds – who dodged death when a dancefloor collapsed during their reception.

Cassidy and Brian Gagliardotto tied the knot in a beachside ceremony with nearly 200 family members and close friends on September 17.

But the happy day almost ended in tragedy when a second-story dancefloor at the Daymark Inn at Barnegat Light in New Jersey gave way during their reception.

The couple, who told WABC that it took them years to plan the wedding and reception, said that all was going according to plan and the night was just getting started.

‘Our DJ just kicked it off and we were like three songs in,’ Brian told WABC.

The reception, held inside of the Daymark Bar and Restaurant in Barnegat Light, was quickly moved outside when after just a few songs, guests started to feel shaking.

According to witnesses, the second floor of the building was beginning to collapse as the group danced and celebrated.

‘I felt it like drop, and I instantly got off the dance floor,’ the bride said.

Members of the Barnegat Light Volunteer Fire Department were called to the scene to assist with any injuries and evacuation. 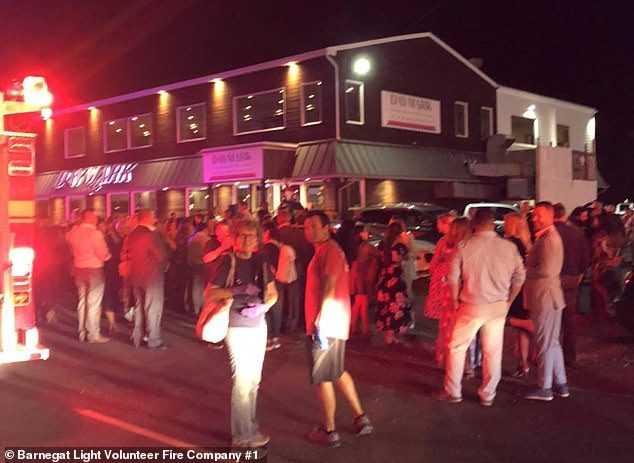 Wedding guests hang out as firefighters assess and evacuate the Daymark bar in Barnegat Light, New Jersey, following the collapse of a second story dancefloor

Officials from the Barnegat Light Volunteer Fire Company shared in a Facebook post that, thankfully, the floor did not fully collapse, but rather cave in.

‘The DJ did an excellent job of announcing to all patrons to safely exit the building after hearing the rumble noise,’ the department said in their post.

No one was injured in the incident.

The estimated cost of the damage is unknown at this time and officials say that the restaurant and bar will remain closed until deemed structurally secure. 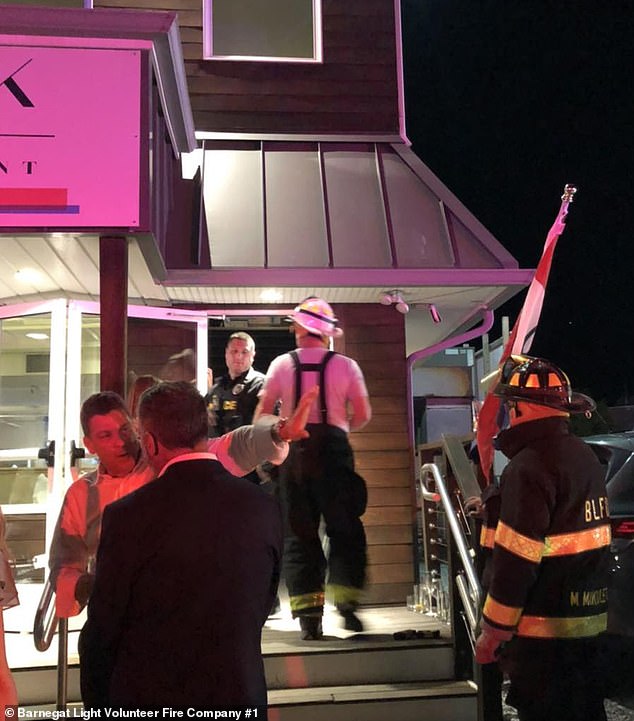 Volunteer firefighters worked quickly to evacuate and assess the scene after the dance floor collapsed during a wedding reception at the Daymark Bar in Barnegat Light, New Jersey

While the near-death experience may have been enough to put the brakes on some wedding parties, Cassidy, Brian, and their guests did not let the incident stop the fun.

The party initially moved outside of the restaurant where guest continued conversation and fun, before eventually moving on to another location.

‘We knew where my parents were staying and we moved to that location and the party just continued on,’ Brian said.

While it was certainly disruptive, it didn’t completely ruin the reception, according to Brian.

‘Luckily we were able to get all our first dances in, all our speeches in,’ Brian Gagliardotto said. 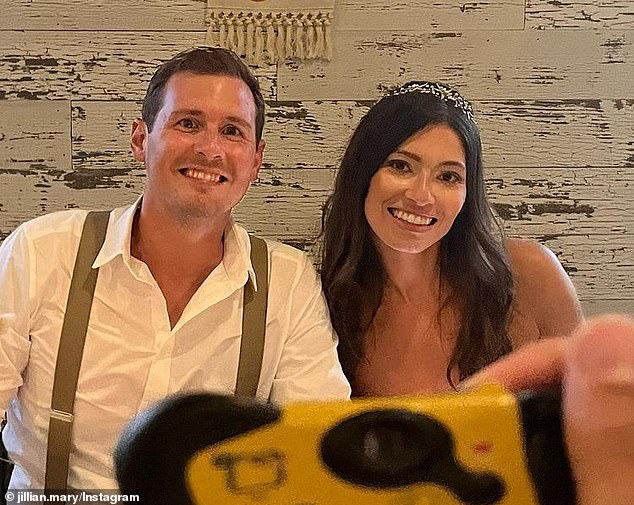 The quick action of the volunteer fire department was hailed by those on social media as heroic.

‘From personal experience, I know that the emergency personnel on this island are second to none. God bless them all,’ said one person responding to the Barnegat Light Volunteer Fire Company’s Facebook post.

Another Facebook commenter shared that she believes the situation will make a great story one day for everyone to look back on and laugh at.

‘One day, like 5 years from now they can joke about how their wedding was so fun, they literally brought the house down’ wrote one woman. ‘But in all seriousness my heart goes out to the bride and great news no one got hurt, including responders, that is all that truly matters. Best wishes to the newlyweds.’