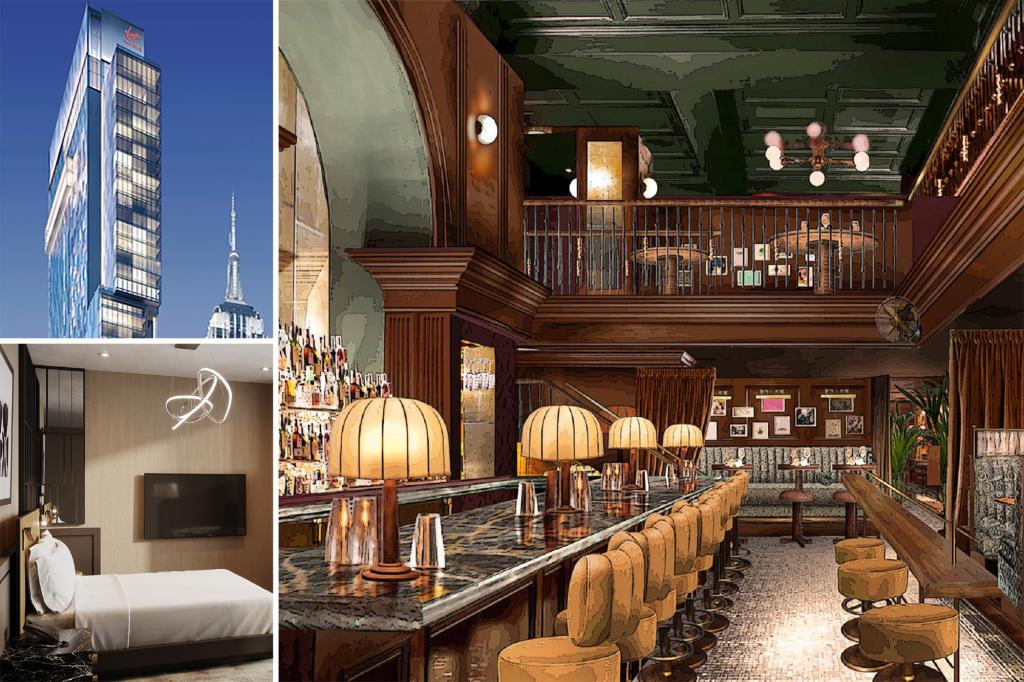 Interest rates and inflation are heading up. Stock markets are heading down. And the R-word is lurking in the air — R for recession, that is.

Hospitality is typically the first to suffer and the first to recover during economic recessions. With the threat of a recession countering post-COVID shutdown recovery, will hotel developers throw up their hands in despair?

Not exactly. Not yet.

“We view the market long term,” said Joel Rosen, president of New York-based GFI Hospitality, a real estate development and investment company. “We’ve been here before and lived through a recession. Then, the pandemic was the worst situation, worse than a recession.”

Rosen said bookings at GFI hotels are just about at 2019 levels: “We’re seeing stability in the economy even with the high fuel costs and everything. So we don’t know yet. It’s still too early to say.”

According to NYC & Company, the city’s marketing and tourism body, seven hotels opened in New York City this year so far: six in Manhattan; one in Brooklyn. GFI’s latest hotel, Thompson Central Park is in its final opening stage as phase two is completed this fall. A great location such as Thompson’s is a big factor but, said Rosen, being market savvy is the key to longevity.

“Thompson’s proximity to Central Park is wonderful for business,” he said. “But the hotel filled a gap there: A lifestyle hotel was missing. There is the high-end market there, but nothing like what Thompson brings.”

Developer Bryan Woo, EVP at Young Woo and Associates in Manhattan, is betting that Radio Hotel, which soft opens at the end of July in northern Manhattan, fills a gaping hotel hole in Washington Heights, a location that is way off the beaten visitor map (despite Lin Manuel Miranda’s movie).

“Is there a risk? Sure,” said Woo. “But, this was an old gas station site and we’ve spent years on remediation work, and got to know the area pretty well.”

Radio Hotel is aimed at the local Hispanic community and the needs of nearby Yeshiva University (some “hyper-targeting of amenities” will consider religious dictates).

“This is a targeted lifestyle project that’s resilient in a downturn,” Woo said. “It’s our first hotel, but we wouldn’t take a risk if we didn’t feel confident. Hotels suffered during the pandemic, commodity real estate suffers but the lifestyle product is doing tremendously.”

At the opposite end of the scale from Radio Hotel, Hôtel Barrière Fouquet’s New York opens this September in trendy Tribeca as an über-luxury lifestyle hotel spearheaded by Joshua Caspi, president of Caspi Development, is confident the top end of the luxury market is recession-proof.

“We’re two months from opening and we’re already selling the most expensive rooms,” he said. “We’re looking at a very bright future despite inflation and interest rate hikes. Historically, five-stars fare better, I don’t think there will be any impact if a recession happens.”

The Ned NoMad — part of Membership Collective Group whose various brands include Soho House — opens at the end of June, and the brand-new built Ritz-Carlton New York, NoMad is due in July.

Hotel AKA NoMad is coming at the end of the year, and Virgin Hotels New York, a brand-new building at 29th and Broadway, is due in late fall.

“We started the Nomad scene with the Ace opening in 2008,” said Rosen, noting that GFI also has the James New York NoMad. “Now, that area has become much more of a hub. The James has a Scarpetta restaurant, which is fabulous; we’re opening a new restaurant in Ace in late summer or early fall. We’re very comfortable in the neighborhood. We understand it and love it.”

What $2.2 Million Buy You in California