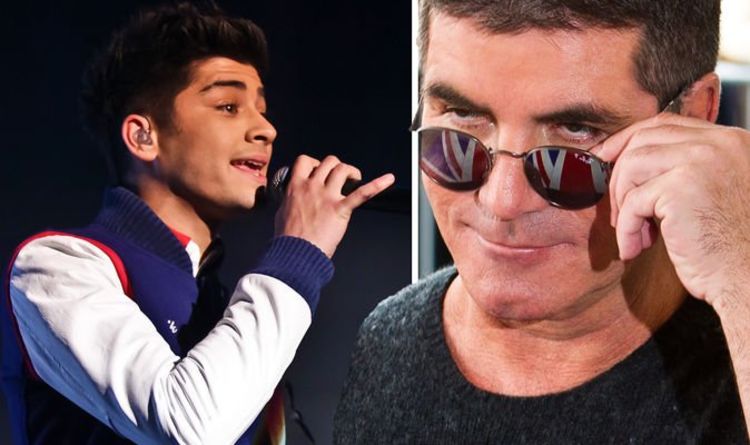 Before the likes of Harry Styles and Liam Payne were household names, they were shy teenagers appearing on the X Factor. Each of the band members auditioned as solo performers before media mogul Simon Cowell put the five of them together to form One Direction. Zayn struggled to absorb the dance choreography early in the series, however, causing an uproar

During the dance audition, Simon noticed Zayn was missing from the line-up of boys that included Niall Horan and Louis Tomlinson.

After pointing Zayn’s absence out to the choreographer, Simon went searching for the young star who was backstage “refusing” to perform.

Zayn told ITV cameras: “I seriously don’t want to do it. I hate dancing and I’ve never done it before.

“I just feel like an idiot. I just know I’m going to do it wrong.”

READ MORE: One Direction Liam Payne ‘was pleased when 1D split up’

When Simon finally found Zayn backstage, he told the singer: “You can’t just bottle it!

“You can’t just hide behind here, you’re ruining this for yourself. I’m trying to help you here.”

Zayn replied: “It’s just, like, a new experience for me.”

Eventually, Zayn agreed to go back on stage, prompting another stern word from Simon.

What do you think? Should Zayn Malik have stayed in the competition after refusing? Join the debate in the comments section here

Liam continued: “That was literally what we saw all the way through One Direction. You have to imagine when you go into these talent shows you often are a teenager.

“The only thing you are in the show for is to impress someone around you. You actually don’t really know what you want from life.”

Zayn left One Direction in 2015, citing stress and wanting to be a “normal 22-year-old”.

Zayn later spoke candidly about what he didn’t enjoy during his time in One Direction.

He said: “Speaking to Fader back in 2015, Zayn said: “There was never any room for me to experiment creatively in the band. [It was] generic as f**k.

“That’s not music that I would listen to. Would you listen to One Direction, sat at a party with your girl? I wouldn’t.

“I don’t think that’s an offensive statement to make. That’s just not who I am.”