HomeNewsOverdose Deaths Up By 600% In State Prisons : NPR - News
News 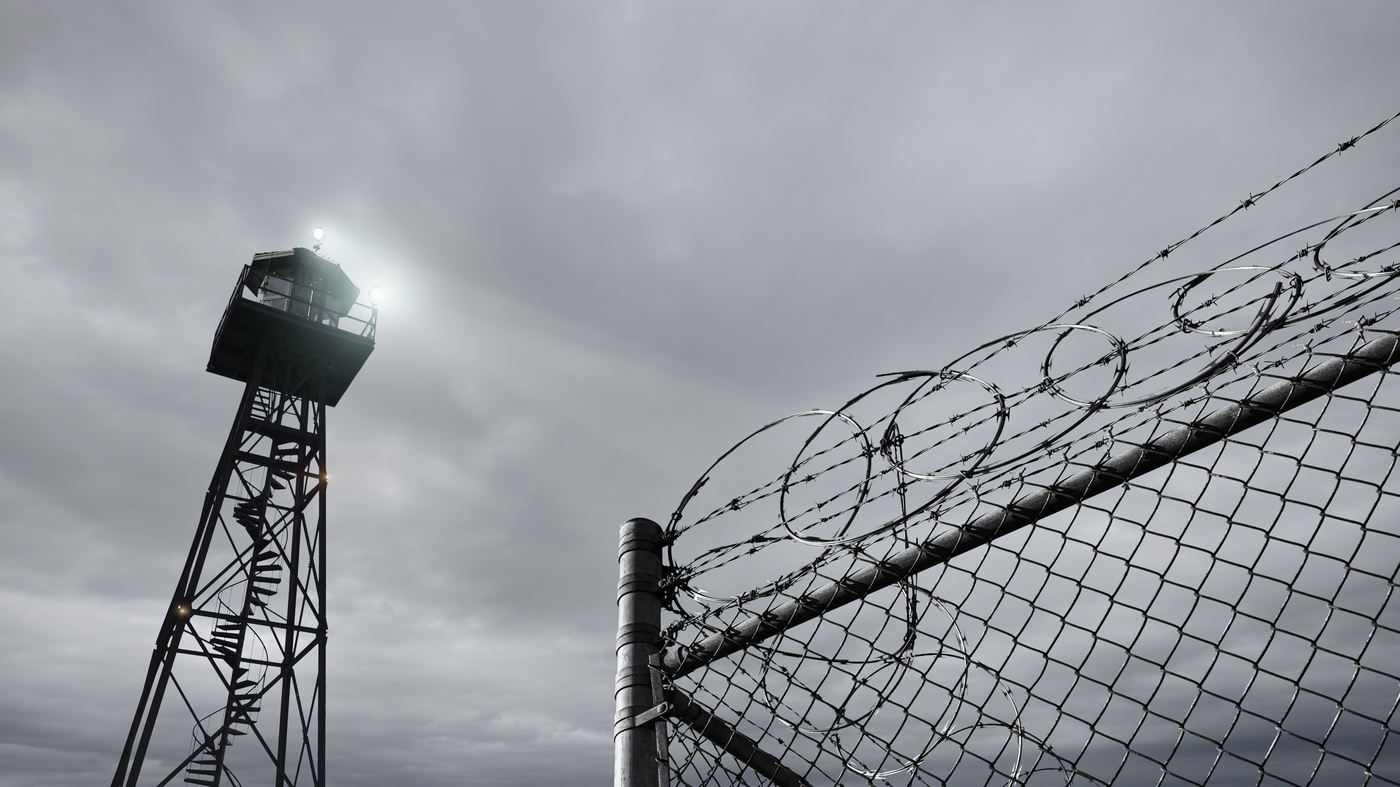 State prisons are grappling with how to deal with an increase in overdoses due to alcohol and drug abuse.

State prisons are grappling with how to deal with an increase in overdoses due to alcohol and drug abuse.

Prisons and jails in the United States have been increasingly deadly places in recent years, according to new federal data. But one cause of death has climbed most dramatically: overdoses.

From 2001 to 2018, the number of people who have died of drug or alcohol intoxication in state prisons rose more than 600%, according to an analysis of newly-released data from the Bureau of Justice Statistics. In county jails, overdose deaths increased by more than 200%.

Most of these increases have come in recent years: 2018 brought the highest number of prison deaths on record since the federal government began collecting this data 20 years ago. And that was before the pandemic. (The new federal data does not include 2019 or 2020.)

Even outside of prisons and jails, drug overdose deaths are at historic levels, according to federal data released on Wednesday. Last year, the nationwide death toll increased by nearly 30% from 2019. The devastating trend was driven by opioids, primarily illegal fentanyl.

Behind bars, overdose deaths may have risen so sharply because drug use is not only widespread there, but also uniquely dangerous, said Harold Pollack, a University of Chicago professor who studies drug use in prison.

“Substances that come into the jail or prison don’t exactly go through the FDA lab to know what’s in there,” he said.

Adding to the risk, people in prison often use drugs when they’re alone and may be reluctant to call for help if there’s a problem. Even if they do seek help, medical care is often scarce and subpar. And access to drugs is erratic, which leads to rapid changes in tolerance, putting users at higher risk for an overdose.

These numbers highlight persistent issues with the way the U.S. handles drug use: incarcerating people with addiction problems and then not providing them adequate treatment, said Wanda Bertram, spokesperson for the Prison Policy Initiative, which recently published two analyses of the new federal data. “Drug addiction is a serious illness.”

The new data does not include information about what drugs people are using behind bars. But interviews with currently and formerly incarcerated people in five states and the federal system, plus news reports and death data from the Texas, California and Arizona corrections departments, suggest that opioids (especially fentanyl), methamphetamine, and the synthetic marijuana drug K2 are largely to blame.

In prison, “people are bored and miserable and isolated, often self-medicating for mental and physical health needs that usually go unmet,” says Leo Beletsky, a law professor at Northeastern University who studies the intersection of public health and law enforcement. “Is it surprising that there’s such a demand for drugs in detention settings? Absolutely not.”

One incarcerated man named John told The Marshall Project that the federal prison where he is held is “flooded with drugs.” John, who spoke on a contraband cell phone, asked to be referred to by his first name to avoid retribution from prison officials.

When John went to prison roughly a decade ago, he said, he had never done hard drugs. Now he gets high every day and has tried everything from meth to heroin. Men fall unconscious with some regularity, he said, usually from smoking paper soaked in liquid K2, though they’re not really sure if there’s fentanyl or PCP on it, too.

Drugs get into prisons and jails in a variety of ways, according to current and former prisoners and staff, including through visitors and packages and letters to incarcerated people. Friends and family can tuck strips of paper soaked with drugs into mail or books, and if they get past the mail room, people in prison can eat them, or roll them up and smoke them. Incoming prisoners can swallow drugs or hide them in body cavities.

Prison staff are often responsible as well: During the pandemic, even though visitation from family and friends was suspended, attorney visits were restricted, and teachers, tutors, and volunteers stayed home, drugs got into many prisons anyway. As The Marshall Project reported, the number of incarcerated people disciplined or charged for drugs actually increased during the pandemic in Texas prisons.

In this May 20, 2015 file photo, Bentley, a 3-year-old Labrador retriever, checks an inmate for traces of narcotics at California State Prison, Solano, in Vacaville, Calif.

In this May 20, 2015 file photo, Bentley, a 3-year-old Labrador retriever, checks an inmate for traces of narcotics at California State Prison, Solano, in Vacaville, Calif.

California has the third-highest mortality rate from overdoses behind bars, after Arkansas and Maryland, according to federal data. Unlike most states, the state’s prison system tracks and publishes causes of death in its prisons every year, which provides a clear picture of how overdoses have overtaken other cases of death in prison.

Before 2013, when fentanyl began driving the rise in overdoses nationally, overdoses never ranked higher than fifth among causes of death for the state’s prisoners. By 2019, only cancer killed more people in California prisons.

It’s not just deaths; visits to emergency rooms and overnight stays in hospitals for drug overdose among people in prison also spiked by more than 50% between 2014 and 2017, according to state data obtained by The Marshall Project.

To address the overdose crisis behind bars, the prison system uses “robust drug and contraband detection and interdiction efforts at state prisons to keep all those who live and work in our state prisons safe,” said California state prisons spokesman Ike Dodson.

The state also recently began rolling out a comprehensive treatment program which includes Suboxone and methadone. The medications are the most effective treatment for opioid addiction, according to the American Medical Association and most other health experts. But nationwide prisons and jails have been slow to provide them — a problem experts say is fueling the overdose crisis behind bars.

“If we treat people, there’s going to be a decreased demand to bring illicit drugs in,” says Josiah Rich, an infectious disease and addiction doctor who has cared for patients in the Rhode Island prison system for almost 30 years. “Even if it does get in, people are going to be protected from overdose because that’s what these medications do.”

Prison and jail administrators long resisted providing these medications, arguing that “inmates are off drugs while in prison,” or that they are trading one addiction for another. The growing overdose death rates among people in prison belie this claim that prison or jail forces drug users to “get clean.” But it is true that drugs are generally harder to obtain inside than outside, which leads to riskier situations.

“When we incarcerate people, we stop their daily intake of opioids,” said Rich, the Rhode Island addiction doctor. “It doesn’t stop completely, but it stops enough that they lose their tolerance — which puts them at much higher risk for overdose and death” when they do use.

In the Alaska prison system, the biggest problem was methamphetamines, said Aprelle McCarty, who retired in 2019 after 14 years as a correctional officer there, where overdose rates are fourth highest in the nation. “It would come in waves. When the pruno — which was the homemade alcohol that they would make with fruit — when we started seeing a lot of that being made, then we’d know, ok, there’s not as many drugs in the prison because they’re turning to pruno.”

Alaska Department of Corrections Commissioner Dean Williams listens as U.S. Attorney for Alaska Karen Loeffler speaks about the arrest of a state corrections officer at a news conference in May 2016, in Anchorage, Alaska. The charges included conspiracy to distribute heroin at a state prison.

Alaska Department of Corrections Commissioner Dean Williams listens as U.S. Attorney for Alaska Karen Loeffler speaks about the arrest of a state corrections officer at a news conference in May 2016, in Anchorage, Alaska. The charges included conspiracy to distribute heroin at a state prison.

When people overdose behind bars, getting them help is difficult, said several current and former prisoners and staff in interviews — whether because a prisoner code prohibits asking for help, or because understaffed or apathetic correctional officers don’t respond quickly, or at all.

“If you seek help for your overdosing celly, that is tantamount to snitching,” said Enrique Alan Olivares-Pelayo, who served four years in Arizona prisons on drug and trespassing charges. If the staff found drugs on anyone, the entire unit would lose visitation, have their cells searched, and be monitored more closely, said Olivares-Pelayo. “You’d be watching someone turn blue and be on the fence about whether you should call for help or not because of the consequences of, what’s this going to mean for everyone else.”

In Texas, one former correctional officer — who asked not to be named because she still works in law enforcement — said that in the highest security areas of the facility, officers were required to find a back-up before they could open a cell to check on a prisoner, even if the person appeared to be overdosing. But sometimes it was impossible to find a second officer or an available supervisor to enter the cell, either because they were busy or because they didn’t want to fill out the paperwork. Filled staff positions at Texas prisons are as low as they’ve been in years, and some units are barely half staffed.

“Narcotics were always more prevalent in facilities where the officers were getting paid less,” said Adam Barger, who served 25 years of an Alaska prison sentence, including stints in private prisons that Alaska contracted with in Colorado and Arizona. Barger said friends and family outside could wire money to certain correctional officers, who could earn upwards of $1,000 just for picking up a package and bringing it into work with them.

“For people making $9.50 an hour, that is very very attractive,” Barger said. “It was way easier to find compromised staff in facilities that are not paying officers very much.”

It’s like a microcosm of all the market forces that fuel the drug trade outside of prison, says Beletsky, the Northeastern professor — with similar outcomes.

“As you apply such pressure on the supply, trying to detect and intercept the distribution of drugs, you’re creating pressure for ever more potent, ever more compact alternatives,” he says. “There’s always been drugs in prisons, but right now the supply is much more toxic.”